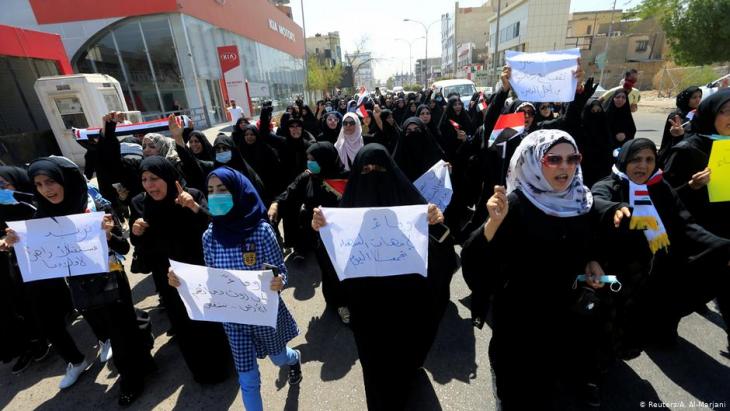 Since 2003, Iraq has achieved little in the way of gender equality within the political establishment. Not one woman has held an important executive or leadership position and to date all three presidential administrations and their representatives have comprised men. By Manar Alzubaidi

Despite the presence of a number of female deputies in the Iraqi Council of Representatives, there are no achievements they can claim, or at least none for which they are allowed to take credit. The party leaders take most of the decisions and control their movements so blatantly that these entities have prevented the formation of coalitions of active and influential women. This has led to the failure of a feminist movement within the Council, despite repeated attempts to declare an independent womenʹs coalition.

In addition, it is men who have assumed the task of managing the autonomous authorities, with women assigned secondary behind-the-scenes jobs. And in the governorates, men have been appointed to the top slots as governors, deputies and executive assistants.

Yet the patriarchy does not end there; its shadow extends over the management of central and local government enterprises and institutions. The political parties and alliances assert control over local administrations and they entrust men with management, implementation and advisory posts. Significantly, women have consistently been excluded from political negotiations over forming a government or other crucial national issues.

Towing the party line and the subordination of women

According to Maysoon al-Saaʹidi, a member of the current Council, the selection of political figures to assume responsibilities within the government is agreed by the leaders of political blocs and parties that donʹt have any women in their ranks. These choices are made with the clear purpose of excluding women.

Despite al-Saaʹidiʹs efforts – along with her colleagues in the Council – to form a parliamentary womenʹs coalition with 83 deputies, she got nowhere. Most female deputies quickly withdrew and fell into line with the orders from their parties. 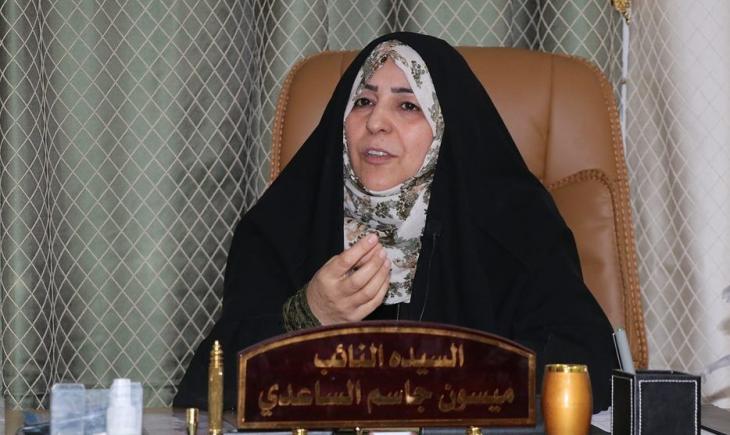 Attempts to form a parliamentary women's coalition got nowhere: with the support of a handful of colleagues, Maysoon al-Saaʹidi, a member of the current Iraqi Council, sought to bring together 83 female deputies in solidarity. Despite showing initial interest, however, most of the women approached withdrew from the group, preferring instead to go along with party politics

Although there are many women with particular capabilities in economics and personal and political leadership, they are completely excluded from executive positions, assserts al-Saaʹidi. She points to the popular perception of women as weak and emotional, as well as to a society in which customs and traditions are among the pivotal reasons why women are excluded from the leadership of key parliamentary committees and crucial ministries.

Partisan agenda and a patriarchal mentality

In the opinion of Hakima al-Shibli, a member of the Diwaniya Governorate Council, the most important reason for the limited participation of women in politics and in executive positions is the lack of community support for women candidates in the elections. Thus, the number of women in politics is less than the quota of 25%.

Al-Shibli holds deputies in the Council of Representatives responsible for the lack of female representation and accuses them of obeying the orders of their political and party leaders at the expense of the national interest and human justice.

Home
Print
Newsletter
More on this topic
Women′s rights in the Arab world: The key to changeGender equality in the Middle East: To the benefit of allInterview with Iranian women's rights activist Mahboubeh Abbasgholizadeh: ″No woman can be worse than Ahmadinejad″Women′s rights in Islam: Can feminism be Islamic?
Related Topics
Arab Spring, Arabellion, Democracy and civil society, Education, Feminism in Islam, Gender, History of Islam, History of the Near and Middle East, Human rights, Islam and democracy, Muktada al-Sadr, Muslim women, Saddam Hussein, Sexism and violence against women, Women in the Islamic world
All Topics

Any reconciliation between Turkey and Syria’s Assad regime would have disastrous consequences for many Syrians, explains Syria expert Kristin Helberg END_OF_DOCUMENT_TOKEN_TO_BE_REPLACED

Iraq bears the scars of decades of conflict and has seen its antiquities plundered, yet the House of Manuscripts' collection has managed to survive END_OF_DOCUMENT_TOKEN_TO_BE_REPLACED

As Syrian camps housing families of Islamic State fighters get more dangerous, there are calls to bring children out, even if the mothers don't want to go. The idea of separating ... END_OF_DOCUMENT_TOKEN_TO_BE_REPLACED

Morocco has taken the 2022 World Cup by storm, with the northwest Africans reaching the semi-finals for the first time in their soccer history. As the knockout match approaches, ... END_OF_DOCUMENT_TOKEN_TO_BE_REPLACED

The Islamic Republic has been unable to quell the civil unrest that erupted three months ago, after Mahsa Amini died after being detained for violating hijab rules. Now the ... END_OF_DOCUMENT_TOKEN_TO_BE_REPLACED

The Kurds are under attack from two sides: from Turkey, and from Iran. The situation in their territories in northern Iraq is becoming increasingly desperate. Birgit Svensson ... END_OF_DOCUMENT_TOKEN_TO_BE_REPLACED
Author:
Manar Alzubaidi
Date:
Mail:
Send via mail

END_OF_DOCUMENT_TOKEN_TO_BE_REPLACED
Social media
and networks
Subscribe to our
newsletter