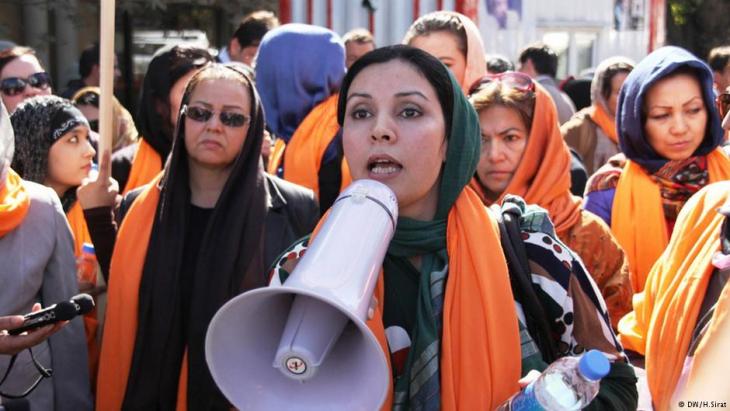 Peace talks with the Taliban
Where are Afghanistan's women?

To ensure the interests of women are also taken into account in the peace talks with the Taliban, they must participate on an equal footing in the negotiations, their organisation and the implementation of the peace process. By Anne-Marie Slaughter and Ashley Jackson

When Zalmay Khalilzad was appointed as the U.S. Special Representative for Afghanistan Reconciliation in September 2018, an end to America’s longest war seemed finally to be in sight. Now, following President Donald Trump’s sudden announcement in late December that the United States will withdraw 7,000 of its troops from the country, the pressure on Khalilzad to secure a deal with the Taliban by spring has increased dramatically.

Many now fear that Trump wants to leave Afghanistan regardless of the consequences, least of all for the country’s women.

Afghan women’s progress is essential to that of Afghanistan as a whole. Yet women are suddenly as invisible in international press coverage as they are in much of Afghan society.

Privately, many diplomats concede that women’s rights are simply not a high priority in talks with the Taliban: nice but not necessary and, given the Taliban’s horrific treatment of women when they ruled the country in the 1990s, probably a non-starter anyway.

This line of thinking is wrong. The Taliban leadership know that they have a potentially disastrous image problem. The international community ostracised their government in the 1990s, owing in part to their treatment of women. To be accepted as a legitimate political movement and a viable partner in any future power-sharing deal, Taliban leaders believe they must demonstrate that they have changed their views.

And so they have – if ever so slightly. They now say that girls can attend school in the nearly 60% of the country under Taliban control, so long as gender segregation is enforced. This is a modest improvement from a generation ago, when their government prevented nearly all girls from attending school and women from working outside the home. 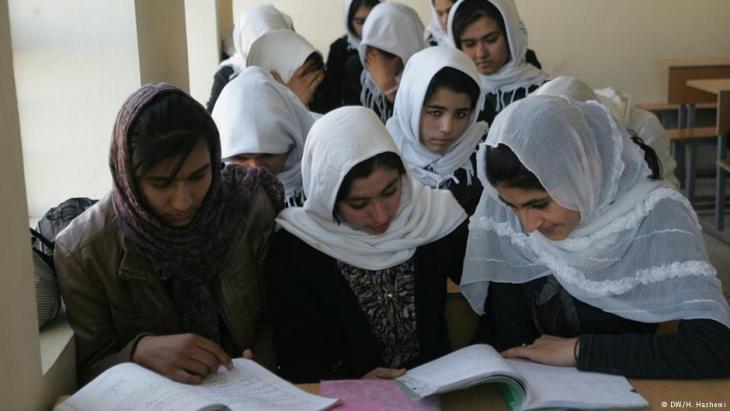 "The number of girls in school is falling, legal protection for women is being rolled back and women in public life are increasingly subject to harassment and violence. Addressing these issues is essential not only for Afghan women, but also for their children, their families and the country," argue Anne-Marie Slaughter and Ashley Jackson

While Afghan women have made huge strides since the Taliban were ousted from power in 2001, their gains are at risk and much more remains to be done. In a recent survey of 15,000 Afghans, women said their biggest problems were lack of education and illiteracy. Investing in education and income-earning opportunities for women is vital. So, too, is redoubling efforts to improve women’s access to health care.

Afghan women face a one-in-ten chance of dying in childbirth. The situation is so dire that Taliban commanders have been known to request the government and NGOs to deploy more midwives to areas under their control.

The number of girls in school is falling, legal protection for women is being rolled back and women in public life are increasingly subject to harassment and violence. Addressing these issues is essential not only for Afghan women, but also for their children, their families and the country.

Include women at the negotiating table

The best way to ensure that women’s interests are represented in the peace talks is to include women at the negotiating table, giving them an equal role in the negotiation, design and implementation of any peace process.

Very different Western reactions to the suffering in Ukraine and the Arab world show that there is a profound rift among cultures. Essay by Michael Young END_OF_DOCUMENT_TOKEN_TO_BE_REPLACED

The documentary "Nadia" tells the incredible story of Nadia Nadim, who was forced to flee from the Taliban as a child and became a football star. By Annabelle Steffes-Halmer END_OF_DOCUMENT_TOKEN_TO_BE_REPLACED

Three award-winning female directors appeal to the international film industry to save Afghan cinema. Supporting women filmmakers is more important than ever. By Christine Lehnen END_OF_DOCUMENT_TOKEN_TO_BE_REPLACED

Russia's ranking on the World Press Freedom Index has fallen again over the Kremlin's wartime censorship of the Ukraine conflict. From Myanmar to Mexico, journalists continue to ... END_OF_DOCUMENT_TOKEN_TO_BE_REPLACED

Ideally, those Europeans currently welcoming Ukrainian refugees would show the same sympathy to Syrians, Afghans and others fleeing war beyond the continent. But, argues Ian ... END_OF_DOCUMENT_TOKEN_TO_BE_REPLACED

END_OF_DOCUMENT_TOKEN_TO_BE_REPLACED
Social media
and networks
Subscribe to our
newsletter