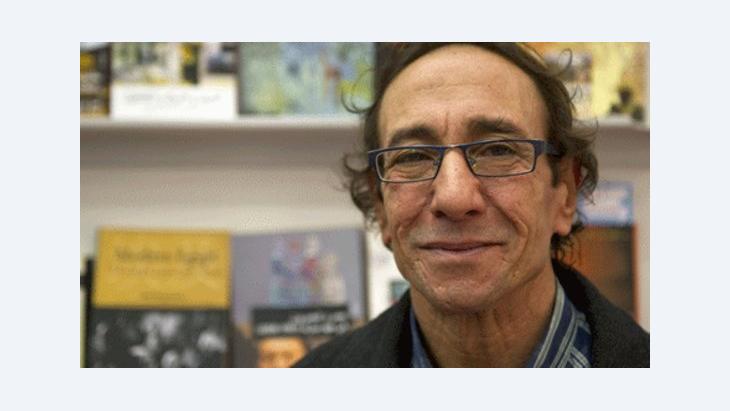 The publisher Mohammed Hashim has been awarded the Hermann Kesten Prize of the German PEN Club. Hashim has not only distinguished himself as a publisher, he has also been directly and substantially involved in supporting the Egyptian revolutionaries. Stefan Weidner sends us this tribute

It is impossible for anyone in the Arab world to become an independent publisher of good books that can be taken seriously unless they possess unbridled determination bordering on the manic. And of course any such publisher will meet the same fate as that suffered by innovative, smaller, independent publishing houses in our part of the world: once a smaller publisher has made them famous, authors move on.

Possibly the most famous writer that the publishing company Dar Merit has brought to public attention in this way is Alaa Al Aswany. His international bestseller The Yacoubian Building is set in the quarter of Cairo that is home to the book's first publishing company. In fact, the building where the action takes place is remarkably similar to the building that houses Dar Merit. The only thing missing from the book's colourful, realistic depictions of the building's inhabitants is a publisher like Mohammed Hashim.

With its harsh criticism of the prevailing political and social conditions in Egypt, this book did more than almost any other to help stimulate a desire for change in the country. The fact that Mohammed Hashim's publishing house was the first to publish it is symbolic of its influence and the way that it works – as is the fact that the publisher scarcely profited from the book's success because, as is usually the case with Arabic books, the rights remain with the author. 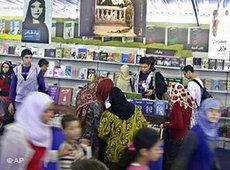 "The Cairo fair is simply a forum for selling books: an enormous book market, a book bazaar, the biggest, dustiest and cheapest in the world," writes Stefan Weidner

​​My first meeting with Mohammed Hashim was at the Cairo Book Fair. Like almost all the reputable independent publishers, his stand had been erected in one of the crooked beer tents that in Cairo correspond to the venerable exhibition halls of the ﻿Frankfurt Book Fair.

Cairo has a few of these too, but they are relatively modest and no less chaotic than the book tents, where the publishers hunker down behind piles of their books like soldiers behind sandbags.

The book fairs in both Frankfurt and Cairo are places for meeting people, but unlike Frankfurt, the Cairo fair is simply a forum for selling books: an enormous book market, a book bazaar, the biggest, dustiest and cheapest in the world. Book fairs like this one, which take place all over the Arab world – some countries host several each year – are where publishers do their business; not with bookshops, of which there are very few that are actually competent.

And so, the publishers become travelling salesmen in the true sense of the word, salesmen constantly travelling with their books from one trade fair to another. Hardly anyone makes a profit worth speaking of, but they all go nonetheless; they sit there amid their piles of books, meet colleagues, authors, book dealers and readers, and every now and then simply give away the odd book.

In a situation like this, the conversations about the books are naturally very intense. Any Arab publisher is likely to know his readers far better than any European or American one. There is, of course, a potential in this that we can only dream of achieving, at best through social network media. 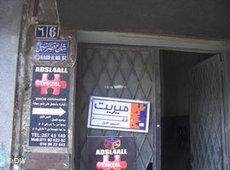 The Dar Merit publishing company in Cairo: "a think tank, a meeting place, a network, a debating club, a political laboratory, where different hypotheses were published and tested"

​​Dar Merit, the publishing house run by Mohammed Hashim, is precisely one such social network: not a virtual one, but a real, concrete, human, living one. The heart of this network is Kasr El-Nil 6, an address that sounds like the title of a novel by Naguib Mahfouz. The things that have gone on in this apartment could have provided sufficient material for an epic novel by the Egyptian Nobel Prize laureate.

I first saw the apartment during Ramadan and was to visit it on many more occasions. Mohammed Hashim cultivates what would, in earlier days, have been called a salon. The doors of his publishing house are almost always open, and in the evenings in particular, he himself is often to be found there, surrounded by a constantly changing circle of more or less illustrious friends, guests, writers, journalists, philosophers, bohemians, revolutionaries and, of course, readers.

"Salon", of course, sounds too pretentious, too bourgeois. So let's not call it a "salon" but an "open kitchen", the kitchen of a shared house where anyone can drop in whenever they feel like it, a typical student atmosphere in which dignified older men with paunches are also welcome, and where government spies would have found plenty of material had they deigned to come here.

The front door was always open; anyone could walk in. At the end of January 2011 – by which time the apartment, this publisher's office, had long been functioning as a situation room, a haven, a soup kitchen and an emergency shelter for dozens of demonstrators, exhausted and on the run from the police – the Israeli secret service was still convinced that Mubarak retained a firm grip on power. In reality, he was riding rodeo (for which he was clearly far too old) and clinging on by his fingernails.

This publishing company, this house – its Arabic name, "Dar" means "house" – was a think tank, a meeting place, a network, a debating club and a political laboratory where different hypotheses were published and tested: from the downfall of the Islamic world – as expressed in the title of the book by Hamid Abdel Samad, which Mohammed Hashim dared to publish in Arabic and present in his salon – to writings by the intellectual leaders of the Kifaya movement, the political protest movement against Mubarak that takes its name from the Egyptian word for "enough".

Supporter of the revolutionaries 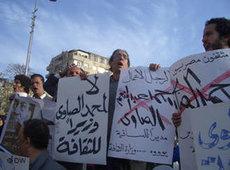 A modest, subtle father of the Arab Spring: the Egyptian writer and publisher Mohammed Hashim

​​Hashim established an initiative called Udabba min adjal Kifaya (Writers for the Kifaya Movement). At the occasional demonstrations that did take place in Egypt before January 2011, he could be seen in the midst of the small crowd of one or two hundred activists carrying placards and shouting slogans, encircled by a cordon of black-clad armoured police standing four deep. At that time, people were allowed to demonstrate, but only if they were contained to the best of the state's ability.

In his modest, almost inconspicuous way, Mohammed Hashim was indeed one of the fathers of this revolution, precisely because his manner wasn't blustering or dramatic; he wasn't interested in bossing people around or trying to play the leader.

He achieved this status because he was simply the person he is; because of the work he did; because he recognised what was necessary, and what was necessary, when it took the form of belles lettres, was often also beautiful; because he never allowed adversity to deflect him from his purpose, but remained faithful to the name of his publishing house. Merit, the Egyptian goddess after which it is named, was the goddess of temple music and the cultic song that, along with the clapping of hands and cheers of encouragement, accompanied ritual ceremonies.

If we understand "cult" in this context not as dogma – Mohammed Hashim is most certainly above suspicion in that respect – but as culture, we can confidently state that his publishing house has more than lived up to its name.

Home
Print
Newsletter
More on this topic
The Merit Publishing House in Cairo: A Mecca for Intellectuals, a Centre of the RevolutionNaguib Mahfouz's influence on Arabic Literature: In the Shadow of the MasterInterview with Alaa Al-Aswani: "Egypt Is In a State of Reserve and Backwardness"
Related Topics
Arab Spring, Arabellion, Arabic literature, Democracy and civil society, Egypt Revolution 2011, Egypt's army
All Topics

Syria, Egypt, Saudi Arabia and the UAE are among those countries increasingly misusing cybercrime legislation to silence dissent and curb freedom of speech. Could a new global ... END_OF_DOCUMENT_TOKEN_TO_BE_REPLACED

Egypt hopes to jump-start the action needed to face a warming world when it takes the presidency of major UN climate talks in November, but warns that countries need a "reality ... END_OF_DOCUMENT_TOKEN_TO_BE_REPLACED

A ceasefire has been in effect in Libya for the past year and a half. Yet after Russia's attack on Ukraine, another proxy war looms in Africa's most oil-rich country. Mirco ... END_OF_DOCUMENT_TOKEN_TO_BE_REPLACED

It is the biggest order in the history of the Siemens Group: a 2,000-kilometre railway network for high-speed trains is to be built in Egypt. But the project raises numerous ... END_OF_DOCUMENT_TOKEN_TO_BE_REPLACED

Archaeologists have discovered 250 sarcophagi and 150 bronze statues during excavations in the necropolis on the western bank of the Nile. ... END_OF_DOCUMENT_TOKEN_TO_BE_REPLACED

The lack of grain supplies from Ukraine is forcing Egypt to act. Now even the Toshka project is being revived to grow grain in the desert. Birgit Svensson travelled to see it END_OF_DOCUMENT_TOKEN_TO_BE_REPLACED

Comments for this article: A Father of the Revolution

END_OF_DOCUMENT_TOKEN_TO_BE_REPLACED
Social media
and networks
Subscribe to our
newsletter