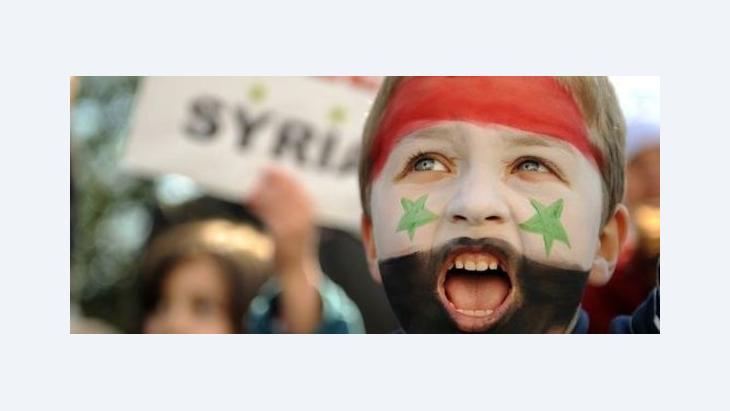 Persecution of Syrians in Exile

The Long Arm of the Baath Regime

﻿Over the past few months, Syria's President Bashar Al-Assad has used every means to brutally suppress the country's opposition. Now, even Syrians in exile opposed to the regime are no longer safe, as Bettina Marx reports

Sondos Sulaiman has lived almost ten years in Germany. She originally comes from the city of Hama in Syria and was forced to flee her country, because she was involved in an opposition party that demanded freedom and equal rights for all Syrians.

The name of the group is the "Party for Democracy and Modernity", and it maintains a small office in Berlin. It is a secular party and it has members in cities throughout Syria, says Sulaiman.

She advocates equal status for all Syrians, "regardless of their religious affiliation or whether they are Arabs or Kurds, Sunnis or Alawites. We all must have the same rights."

Rights instead of privileges

The young woman with melancholy eyes is a member of the Alawite religious minority, which together with Christians and Druze make up around only ten percent of the population. President Bashar Al-Assad and his family are also Alawites. They have ensured that this minority group controls all key positions in Syria's military and political system as well as enjoying considerable privileges. 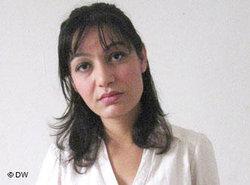 The persecution of family members belonging to the exiled Syrian opposition is not just a matter of isolated cases. Sondos Sulaiman tells of her own personal experience

​​Sondos Sulaiman doesn't want to hear anything about such favouritism. She does not want privileges, but rights. "The Alawites have rights," she says emphatically, "but these rights are not a gift bestowed by the president. They are basic rights that should be enjoyed by the Alawites as well as by every other Syrian."

At present, Sondos Sulaiman is fighting together with party colleagues from Berlin for freedom and democracy in her native Syria. She spreads her message through the Internet.

In a film that she posted on YouTube, she accuses the Assad regime of killing civilians as well as family members of the security forces. She appeals to her co-believers, fellow Alawites, to face these facts. The long arm of the Syrian regime, however, manages to reach even those activists living in far off exile. Sulaiman has received e-mails and telephone calls pressuring her to give up her activities. When this had no effect, her family back home in Hama was then subject to harassment.

Pressure on families in Syria

"My family has been tormented and oppressed by the regime and security forces on account of my activities here in Germany," she says. This takes place even though her family does not belong to the opposition. Her brother must report to the intelligence service regularly and is constantly interrogated on what he knows of his rebellious sister and her activities in Germany.

After having issued her video, which she especially addressed to Alawites in Syria, her brother was forced to appear on state television to publicly condemn his sister. The situation was even worse for the brother of Khaled, another Syrian exile living in Germany. He was arrested and tortured for a month in a secret prison facility. After his release, he went into hiding and his whereabouts remain unknown. 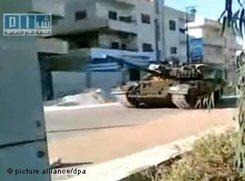 Tanks and snipers against the Syrian civilians: Since the start of the wave of protest in Syria, the regime has reacted with increasing brutality against family members of opposition figures living abroad

​​What has happened to Khaled and Sondos and their families are not just isolated cases. Since the start of the wave of protest in Syria, the regime has reacted with increasing brutality against family members of opposition figures living abroad. A recently published report by Amnesty International documents numerous cases of exiled Syrians in the USA, Canada, Chile, and Europe who have been subject to massive pressure and whose families in Syria have been harassed. The human rights organization has been observing the situation in Syria with deep concern.

Taking an iron hand to civilians

"The Syrian authorities have acted with brutal force against the demonstrators," says Kristina Schmidt, the expert on Syria for Amnesty in Germany. "They have employed snipers and tanks against the civilian population. The sheer extent of the force used by the Syrian government against its own people is regarded by Amnesty International as a crime against humanity, and those responsible must be prosecuted and punished."

According to Schmidt, at least 2200 people have been killed so far in the peaceful protests against the regime. In addition, thousands have been imprisoned and subject to torture and other abuses in prison.

In a report published last August, Amnesty documented how 88 individuals died in detention, with at least half of those dying as a result of verifiable torture and other maltreatment. Since then, this figure has increased to more than 100 deaths.

Amnesty International receives its information from eye witnesses, refugees, and exiles. A great deal of this information is disseminated via the Internet and telephone. At present, there are no independent observers in Syria. Foreign journalists are not even permitted entry into the country.

The disappearance of Razan Zeitouneh and her colleagues has been one of the greatest mysteries of the Syrian war – until today. DW's investigative unit hunted clues across six ... END_OF_DOCUMENT_TOKEN_TO_BE_REPLACED

How can the various realities of Kurdish life, shaped by depression, resistance and war, be depicted in art? This is the question addressed by the “bê welat – the unexpected ... END_OF_DOCUMENT_TOKEN_TO_BE_REPLACED

Millions of people in Syria's Idlib region depend on foreign aid that passes through only one border crossing. The UN mandate regulating passage through it will expire on 10 July ... END_OF_DOCUMENT_TOKEN_TO_BE_REPLACED

They’ve already got the Louvre; they’ll soon have a Guggenheim Museum as well – and now the Emirates have added literature to their quest for cultural supremacy in the Arab world ... END_OF_DOCUMENT_TOKEN_TO_BE_REPLACED

By stage-managing his re-election in a poll widely dismissed as a farce, Syria's President Bashar al-Assad has killed two birds with one stone: he has forced his compatriots to ... END_OF_DOCUMENT_TOKEN_TO_BE_REPLACED

END_OF_DOCUMENT_TOKEN_TO_BE_REPLACED
Social media
and networks
Subscribe to our
newsletter