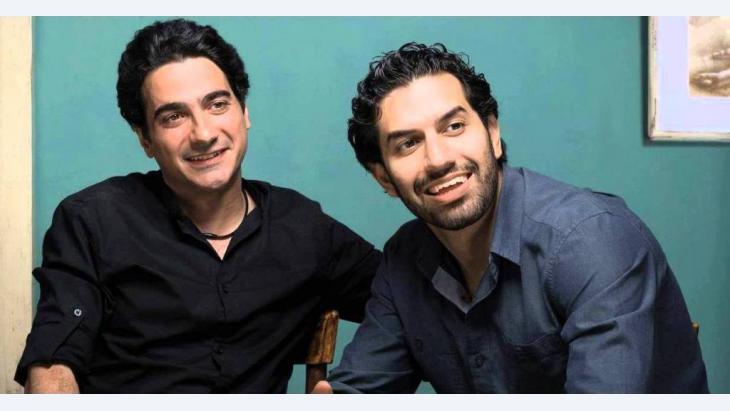 Going their own way

For a long time, Persian classical music was considered untouchable. Now the sons of Iran′s great ustads have begun to change traditional music. By Marian Brehmer

Scarcely a country in the Middle East is as proud of its musical tradition as Iran. There are few other places in the world where people′s ears are so attuned to the voices of great classical singers. Step into one of the popular shared taxis in Tehran and there′s a good chance the car radio will be playing a classical Persian song.

The last few decades have seen Iran′s traditional music scene dominated by the same stars – Mohammad Reza Shajarian, Shahram Nazeri and Ali Reza Eftekhari. These voices have become hallmarks of the industry and conveyors of important memories, be they personal or historical and political.

Change within a set frame

Iranian singing is based on the traditional dastgah tonal system, characterised by different scales and melodic groups. This system, which forms the basis of Persian classical music, was first systemised at the end of the 19th century. Since then, new elements have been added, but always within a set frame. Just like Persian poetry, which until the emergence of the she′ r-e no (modern verse) adhered to a set of strict rules, Persian classical music was long considered sacrosanct by both singers and instrumentalists.

Analogous with the West and prior to the 1979 Islamic Revolution, Persian pop and rock music began to evolve in Iran. In terms of style, for instance, the songs of 1970s Persian rock pioneer Korush Yaghmaei are practically indistinguishable from American songs of the same period. By contrast, the fusion of traditional and popular music is a quite new phenomenon within Iranian music.

Recently, Homayoun Shajarian, son of the grand master of Persian vocals Mohammad Reza Shajarian, has made his mark by experimenting with pop elements. Musical foster child of a famous father, Homayoun belongs to the generation of children of great ustads who have dared venture into new musical realms. Since his first solo album twelve years ago, Homayoun′s popularity in Iran is now almost equal that of his father′s. Homayoun′s repertoire embraces the classical range occupied by his father′s music as well as elements of pop music. Appearing on stage together, however, such as at the famous ″Concert for Bam″ (2003), the voices of father and son are hardly distinguishable from each other.

The album ″Na fereshte-am na sheytan″ (Neither angel nor devil), which Homayoun released in 2014, became a bestseller in Iran precisely because of its many pop elements. On the CD, the soft sounds of piano, strings and synthesizer, the background noise of water and drum beats blend with traditional melodies and rhythms. The composer of the album′s eight tracks, Tahmoures Pournazeri, is a member of a renowned Kurdish-Iranian music family. The Pournazeris are famous for having founded the ″Shams Ensemble″ in 1980, dedicating themselves to mystic music, especially the poetry of Rumi, accompanied by the long-necked lute tanbur.

From ghazal to rock ballad

Homayoun′s last cooperation with the Pournazeris′ younger son, Shorab Pournazeri, caused something of a sensation. In the song ″Arayesh-e Ghaliz″ (Heavy Makeup), composed by Shorab Pournazeri, Homayoun turned a famous and much-sung ghazal of Rumi into a fast rock ballad. The impulsive rhythms of electric guitar and drum set, intertwined with the emotional vibrato of classical Persian vocals, make for a peculiar mix – especially, because classical Iranian singing depends a great deal on its slow and solemn character.

Critics of the song claimed it was offensive to classical music, others simply found the music shallow. Others still, however, celebrated it as a courageous hit. In the eyes of Hossein Vali, a composer and setar and tar player from Tehran, the popularised classical music of these days lacks both feeling and creativity. ″You have to judge the singers of the new generation by the originality of their music. And recently that has been rather poor″, says Vali. ″Many of them simply benefit from their fathers′ popularity and cater to mainstream tastes, thus guaranteeing the highest sales.″

In his compositions, Hafez Nazeri, son of Iran′s famous singer Shahram Nazeri whom the New York Times named ″the Persian nightingale″, has tried to distance himself from his father′s singing. In his ″Rumi Symphony Project″, a fusion of Iranian and Western classical music, Nazeri attempted to lend the poems of Rumi new musical colour. He faced considerable criticism over his extensive campaigns to advertise the project and for the sometimes overly shallow character of the music.

When it comes to the Persian musical tradition, one of the prevalent cultural issues in Iran is how to balance innovation and change on the one hand and adaptation and superficiality on the other. The interest in Persian classical music remains high among Iranian music lovers. Yet the future of traditional music depends more on the quality of the up-and-coming musicians than on listener tastes.

The undisputed authority on Persian classical music, Mohammad Reza Shajarian, has repeatedly praised the music of his son Homayoun. In the latter years of his career, Shajarian senior has made it his mission to promote and train young musicians – even at the age of 75. As he was once quoted in an interview: ″Let us believe in the abilities and talents of the youth and pave the way so that their accumulated forces can be released.″

On the 10th anniversary of the Arab Spring we can’t quite escape that substance called remembrance. Yet, eschewing facile modes of nostalgic remembrance and/or tragic lamentation ... END_OF_DOCUMENT_TOKEN_TO_BE_REPLACED

After a period of relative calm, the conflict in Syria is reigniting the tensions between Sunni and Shia Muslims in Pakistan: groups from both sects are involved in the clashes in ... END_OF_DOCUMENT_TOKEN_TO_BE_REPLACED

Ten years ago, in February 2011, Yemenis took to the streets for freedom and the rule of law. But instead, the uprising turned into a war that has lasted for years. Impressions ... END_OF_DOCUMENT_TOKEN_TO_BE_REPLACED

Yemen's Arab Spring uprisings led to a raging civil war that has inflicted immense suffering on the population for the past seven years. Will the United States' halt on arms sales ... END_OF_DOCUMENT_TOKEN_TO_BE_REPLACED

END_OF_DOCUMENT_TOKEN_TO_BE_REPLACED
Social media
and networks
Subscribe to our
newsletter