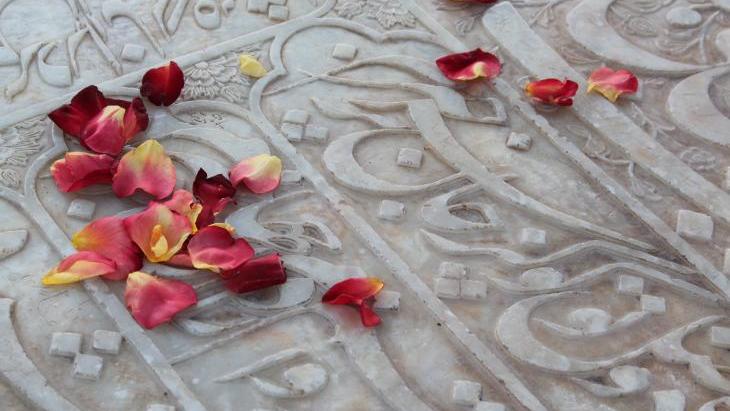 Persian poetry in the 21st century
The poem in contemporary Iran

We’re familiar with Hafez, Forough Farrokzhad and Nima Yusij, but 21st century Persian poetry, the poetry of Iran written since the Islamic Revolution, is rarely accessible in German. Publishers Ali Abdollahi and Kurt Scharf are now seeking to change that with a comprehensive anthology. Gerrit Wustmann read the book for Qantara.de

Hafez, Rumi, Ferdowsi, Saadi and many others – the greats of Persian poetry are an essential element of world literature. To this day, Rumi remains one of the most-read poets worldwide and many of Hafez’ poems are as timeless and contemporary as if they had just been written. Several German-language translations of these works are available, thanks in part to the pioneering work of Joseph von Hammer-Purgstall and Friedrich Ruckert in the 19th century.

We are also familiar with at least the most significant voices in 20th century Persian poetry, from its great reformer Nima Yushij to the liberation of verse effected by Forough Farrokzhad, to the masters like Sohrab Sepehri and his ground-breaking long-form poem 'The Sound of Water's Footsteps'. We know of these despite the fact that there are only eight anthologies of modern Persian poetry available in German – four published and translated by Kurt Scharf, who has spent 40 years working harder than anyone else to ensure that we can read these texts, even if we are not speakers of Persian.

But what about contemporary poetry from Iran? What about the poets of the 21st century? These have thus far been absent. There are a handful of books in German, such as those by Seyyed Ali Salehi, Shams Langeroodi, Vahe Armen and Garous Abdolmalekian, and the anthology VersSchmuggel Iran — published two years ago — throws a little light on the younger generation of poets. Yet a comprehensive overview has been lacking – until now. Once again, it’s Kurt Scharf, accompanied by the Tehrani poet and translator Ali Abdollahi, who has risen to the challenge.

In the anthology, titled A Thief in the Dark Stares at a Painting (the title is a line from Abdolmalekian), the two experts present more than eighty poets, most of them available in German for the first time. The oldest, Reza Baraheni, was born in Tabriz in 1935; the youngest, Mani Chahkandinejad, was born in 1994. They do not all live in Iran. Some of them write from exile, such as Mahmood Falaki (Hamburg) and Shabnam Azar (London), others have returned to Iran after years in exile. And since the region where Persian is spoken is not confined to the borders of modern-day Iran, poets from Afghanistan and Tajikistan are also included.

As Ali Abdollahi writes in his afterword, offering a long essay on the history of Persian poetry, one important criterion for selection was that the voices chosen be independent voices. In Iran today, he explains, there is a lively state-affiliated poetry scene. This, he claims, is very often lacking in originality, indulging in propaganda and glorification of Iran’s leaders and, in return, receives state funding and state support in the form of book distribution; such texts can often be found in school books, in stark contrast to independent poetry which is often political and characterized by oppositionist undertones (as is abundantly clear to anyone who reads this collection). 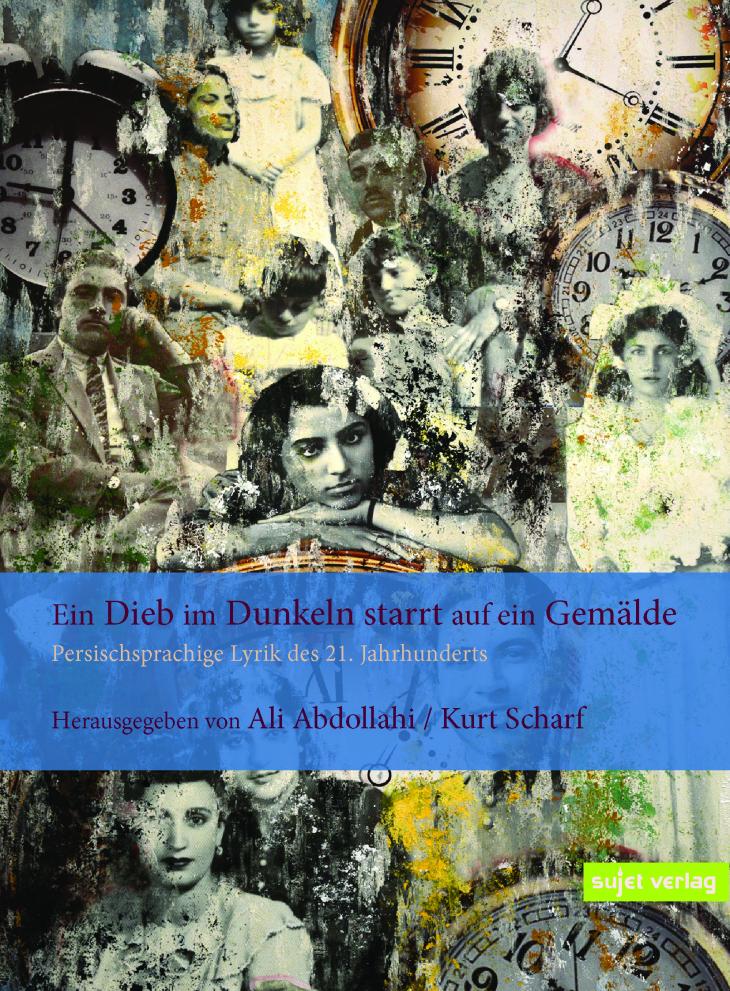 "This collection reveals once again just how great a mistake it is to ignore this area of multi-layered literature. It can also be seen as an invitation — an invitation to read more. At least seven of the poets represented in the collection have books available in German, and two others will see their titles published in the near future," writes Wustmann

What is also striking: there is great diversity of tone, form and theme. Free verse, riffing with the classical forms of ghazal and rubaii, rhymed verse, multiple Persian adaptations of Japanese haiku and much more. Openly political poetry dealing with freedom and oppression, religious double standards or historical events such as the Islamic Revolution, the war in Iraq or the Green Movement is juxtaposed with love poems, nature poetry and humorous, tongue-in-cheek texts.

In his afterword, Abdollahi situates these poems in their wider context, but also sheds light on newer developments and specific terms which may be unfamiliar to a German-speaking audience. He also goes into great detail about the singularities of Afghan and Tajikistani Persian poetry, which bear distinctive differences from poetry written in Iran today.

The anthology is highly contemporary, too — there are even poems about COVID-19. Its only shortcoming is the occasionally somewhat stiff and at times antiquated language that Scharf employs. By comparison, Jutta Himmelreich’s translation of the poems of Garous Abdolmalekian are distinctly youthful and fresher-sounding. This reduces the impact of the poems, but only minimally.

The collection also includes no small number of poems which make at times blatant, and at times less so, reference to Western literature. Just as German poetry was one influenced by the literature of ‘the Orient’, which found its voice in German Romanticism, Abdollahi writes, 20th and 21st century Persian literature is also profoundly shaped by Western, predominantly European examples. This is due not least to the fact that more and more Western literature has been translated into Persian in recent years. And it’s not just being translated — Iranians are reading it, too.

This is a somewhat wistful realisation — if only the same were true in reverse! For the time being, however, we can be glad that a handful of Persian-to-German translations are being published each year. This collection reveals once again just how great a mistake it is to ignore this area of multi-layered literature. It can also be seen as an invitation — an invitation to read more. At least seven of the poets represented in the collection have books available in German, and two others will see their titles published in the near future.

Iranian author Fariba Vafi is adept at describing everyday scenes and concealing within them something ambiguous, in parts strange and grotesque. She writes novels – which have ... END_OF_DOCUMENT_TOKEN_TO_BE_REPLACED

In her latest exhibition in Japan, Farzaneh Khademian depicts figures who seem detached from their surroundings. In interview with Qantara.de, the Iranian photographer and painter ... END_OF_DOCUMENT_TOKEN_TO_BE_REPLACED

The catastrophic human rights situation in Bahrain is being largely ignored by the rest of the world. Despite all the damning evidence, which includes a Human Rights Watch report ... END_OF_DOCUMENT_TOKEN_TO_BE_REPLACED

Talks to salvage the 2015 Iranian nuclear deal have entered their eighth round in Vienna. Even if a deal is struck and some of the sanctions are lifted, the state of the Iranian ... END_OF_DOCUMENT_TOKEN_TO_BE_REPLACED

Every year in December, the team at Qantara.de takes a look back at the articles that proved most popular with our readers. This year is no different. Here is a run-down of the ... END_OF_DOCUMENT_TOKEN_TO_BE_REPLACED

END_OF_DOCUMENT_TOKEN_TO_BE_REPLACED
Social media
and networks
Subscribe to our
newsletter