Abdelwahab Meddeb is one of the leading intellectuals proposing a progressive interpretation of Islam. His book The Malady of Islam caused heated debates in the Muslim world. In this text, he calls for a revision of Koranic statements based on a historical reading of the text

​​Islam is not doing well. To be precise, it is diseased. The shock caused by the terrorist attacks of 11 September 2001 prompted me to diagnose this malady in four books to date. It consists, to put it briefly, in the use of violence in the name of God. It is this point that warrants closer inspection: is it a complaint specific to Islam, or are we dealing with a structure inherent in religious constructions in general?

There are many indications that religious motivated violence is not a problem inherent to Islam. It is even virulent in the religions of the Indian subcontinent, which we automatically associate with a spirituality of non-violence. Thus, this predisposition to violence is also manifest outside the sphere of the monotheistic religions, whose mutual hostility – lest we forget – is nothing short of fratricide.

From Moses to Mohammed

Turning to the monotheistic religions, we must note that war in the name of the Lord was biblical before it became Islamic; one brief example being the massacre that Moses ordered out of rage at his people's relapse into heathenism. After the dance of the golden calf, the Levites slayed three thousand people in a single afternoon on the order of their prophet and high priest.

Joshua was Moses' worthy successor – as the fate of the inhabitants of Jericho after the fall of their city testifies. When it comes to violence, one can thus see the prophets of Islam as direct successors to Moses.

The famous 'sword verse' in the Koran (9th sura, 5), which orders the killing of idolaters, and the verse 'on war' (4th sura, 29), which calls for fighting Jews and Christians, are both reminiscent of the Old Testament. And it is on these verses that the murderous fanaticism of radical Islamists feeds.

​​Although the practice of violence as ordered by God appears to be inscribed in the religions of revelation, there is nevertheless a difference in degree between Judaism and Islam – in the sense that the latter lends the former a universal dimension. Judaism waged war in the name of the Lord solely for the Holy Land. Islam, in contrast, has extended the horizon of conquest to the entire world. The radical Islamists may have optimised jihad, but they did not invent it; it was the driving force behind the expansion of Islam.

As a witness, I would like to cite a Chinese chronicler from the tenth century. He describes how the Muslim troops threw themselves boldly into battle to become martyrs, after their leader had depicted in fiery words the joys of paradise awaiting them after their death for the sake of the Lord.

The Gospel is far removed from such incitement to violence, making it all the more surprising that the Christians have nevertheless used dreadful violence in the course of their history. This could even be interpreted as a betrayal of the Gospel. Augustine did indeed develop the theory of "just war", by which means the achievements of the state were to be defended against attack by barbarians. This is not a call to religious war; however, Augustine of Hippo did feel compelled to legitimise a standpoint which, as he was well aware, was not in the spirit of the Gospel. Yet almost a thousand years passed before Christianity spawned an idea comparable to jihad – the crusades.

The message and its context 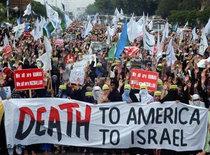 Abdelwahab Meddeb: "Concerning violence, the states of the Islamic world in particular will have to be called to responsibility for neutralising the idea of jihad."

​​I am not citing these examples to justify Islam's current malady, but rather to show that the message of an original religious text can be overstepped, or even cast extensively to the winds. If Christianity did not adhere to the peaceability and tolerance ordained by the Gospel in the past, it ought to be possible, vice versa, to neutralise the tendency to war and violence in the Koranic message. This is the aim of modern interpretations of Islam, particularly by emphasising the historical context in which the Koranic message was conveyed and received.

This neutralisation by inclusion of the context is essential, not only with regard to the issue of violence, but also in view of the numerous anthropological anachronisms entailed in the shariah, the understanding of law developed from the letter and the spirit of the Koran. Concerning violence, the states of the Islamic world in particular will have to be called to responsibility for neutralising the idea of holy war, jihad.

For this concept plainly contradicts these states' participation in the mutual striving of the nations towards the Kantian utopia of "eternal peace" – an idea that, despite continued wars, despite the hegemonic behaviour of the superpowers and the efforts of other nations to catch up with them, nevertheless still determines the spirit of our age.

And is today's universality of hegemonic endeavours not also a sign of the diversity of human cultures? Could we not see the fact that China, India and the Arab oil states are now claiming their place in the world hierarchy alongside Europe and America from this point of view?

It is essential to open the eyes of the Islamic countries to the changes going on at the moment. Concerning religious identity, Islam still regards the Christians as if they were the old enemies from the days of the crusaders. Yet the concepts of the nation state and its national population have long since altered the relative importance of religion. And now, when even the state appears to have entered the post-national age, the religious determinant has lost yet more significance. In Europe, is it merely an attribute to the primary and priority concept of the citizen. And this concept, in turn, implies a modern understanding of law that no longer follows religious categories.

If Islam is to return to health and escape its own curse, it will have to settle on a post-Islamic terrain on an equal historical level to the Jewish and Christian worlds. This is essential if the community of nations is to function as such. However, the Islamic countries – particularly Saudi Arabia – are seemingly content to oblige their citizens to follow a moderate form of Islam, in the hope of keeping them away from extremists. They are attempting to isolate the latter by means of theological argumentation, branding them ghulu – the excess rejected and condemned by the Koran.

This is a step in the right direction, but oh so insufficient and timorous, particularly with regard to the Islamic community in Europe. Yet we can help this European Islam to conquer its post-Islamic terrain by encouraging the Muslims in our midst to live with clear consciences and within the rule of positive law, and to free themselves from ties to the shariah. Muslims would have the freedom of choice to practice a spiritualised form of their religion, nurtured on Sufism, the rich mystical tradition of the Islamic faith.

Constructive Criticism of Islam
Abdelwahab Meddeb's "Counter-Sermons" Break Taboos
"The Malady of Islam" made Abdelwahab Meddeb famous overnight, a scathing critique of the current state of Islamic thought. Now his "counter-sermons" have appeared. Ludwig Ammann has read them

Interview with Abdelwahab Meddeb
In Search of the "Greek"Dimension of Islam
Abdelwahab Meddeb is one of North Africa's most important contemporary thinkers. Meddeb talked to Beat Stauffer in Tunis about the maladies of Islam and his own confession to an open, humanist Islam

END_OF_DOCUMENT_TOKEN_TO_BE_REPLACED
Social media
and networks
Subscribe to our
newsletter