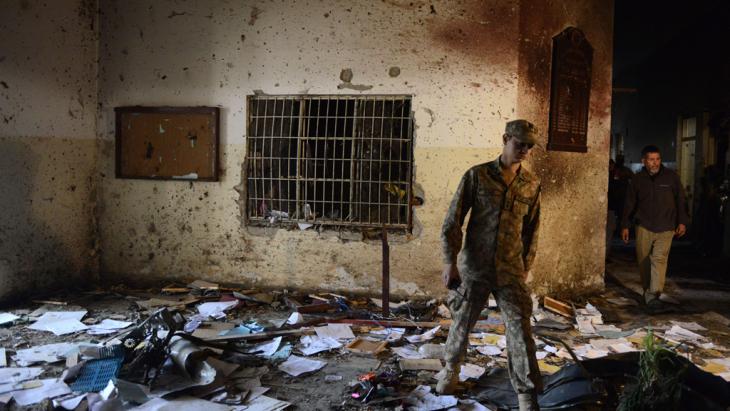 Peshawar school attack
The cynical logic of the Pakistan Taliban

The brutal attack on a military-run school in Peshawar killing well over 100 children and several adults proves once again that even conservative Islamic countries like Pakistan cannot escape the deadly threat of militant Islamism. By Florian Weigand

Even those who report from crisis areas will have shuddered at the extent of this indiscriminate violence. And that was exactly the cynical plan of the attackers. By targeting a school and killing scores of children at random, the Pakistan Taliban managed to attract the greatest possible level of attention worldwide.

Targeting a military-run institution was a deliberate move too: they wanted to strike right at the heart of Pakistani society. It is important to note that contrary to what many might expect, army-administered schools in Pakistan are not cadet schools. It is not only the children of army officers that attend these schools; so too do children from the affluent classes. Here you will find the sons and daughters of doctors, professors, entrepreneurs and those who work in culture simply because these schools are among the best in the country. 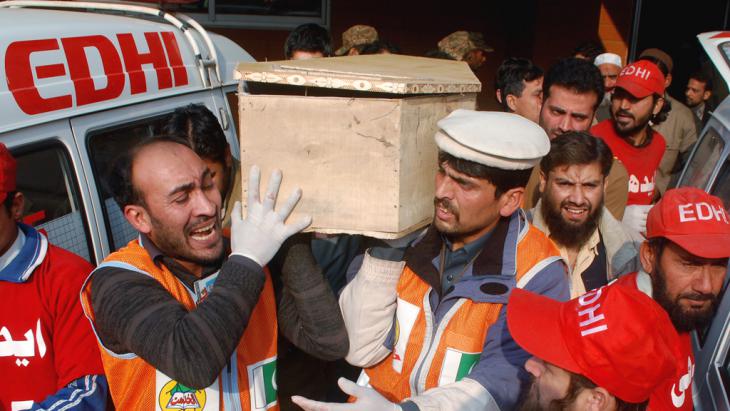 Rescue workers and family members carry the coffin of a student killed during the attack in Peshawar on 16 December. No less than 132 students and nine staff members were killed when Taliban gunmen broke into the school and opened fire in the bloodiest massacre the country has seen for years

By attacking this school, the Pakistan Taliban have exacted brutal revenge on both the Pakistani military as well as decision-makers in government and society.

For several months, the Pakistani army has been operating against the militants in the country's tribal northwest bordering Afghanistan. The generals repeatedly touted the success of the offensive, but it is a fact that they have not been able to wipe out the terrorists. As a result of the operation, tens of thousands of civilians – mostly Pashtun like the Taliban themselves – caught in the battle between the insurgents and the military, have fled their homes.

These military campaigns have had another impact too: in the past, militant groups such as this used to focus their activities on Afghanistan; their sole ambition used to be to topple the Afghan government in Kabul and fight against the international forces. They were at least tolerated by Islamabad. However, once the Pakistani authorities turned against them and the military launched its attacks, a number of militant factions started fighting against the Pakistani government. 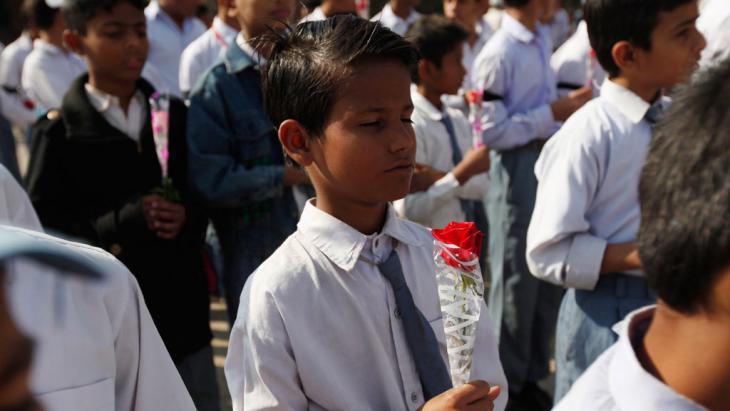 A student holding a rose takes part in a prayer for victims of the Taliban attack on the Army Public School in Peshawar. Nobel Peace Prize winner Malala Yousafzai, who was shot by a Taliban gunman for daring to speak up about girls' rights, said she was "heartbroken by this senseless and cold blooded act of terror. […] I, along with millions of others around the world, mourn these children, my brothers and sisters – but we will never be defeated."

And so, the vicious cycle of violence and counter-violence will continue, and there are no simple solutions to end it. Just like the international troops in neighbouring Afghanistan, Pakistan needs to learn an important lesson: whoever entrenches themselves in the rugged terrain of the Hindu Kush and is not afraid to perpetrate acts of terror, is incredibly difficult to defeat.

Moreover, as long as the people in Pakistan's tribal areas have no prospects of economic prosperity and betterment for their families, the Taliban will continue to attract new recruits with the apocalyptic promise of a better life in paradise.

Islamist terrorism is the major global threat of the twenty-first century, and even for conservative Islamic countries like Pakistan, there is no escape from it.

Home
Print
Newsletter
More on this topic
The emergence of Islamic State in Pakistan: "They don't negotiate, they don't make partners"Interview with Asma Jahangir, winner of the Right Livelihood Award: "Every restriction is based on religion"Drone war in Afghanistan and Pakistan: Living in the shadow of the "angels of death"
Related Topics
International terrorism, Islamism | Political Islam, Taliban
All Topics

Very different Western reactions to the suffering in Ukraine and the Arab world show that there is a profound rift among cultures. Essay by Michael Young END_OF_DOCUMENT_TOKEN_TO_BE_REPLACED

The documentary "Nadia" tells the incredible story of Nadia Nadim, who was forced to flee from the Taliban as a child and became a football star. By Annabelle Steffes-Halmer END_OF_DOCUMENT_TOKEN_TO_BE_REPLACED

Three award-winning female directors appeal to the international film industry to save Afghan cinema. Supporting women filmmakers is more important than ever. By Christine Lehnen END_OF_DOCUMENT_TOKEN_TO_BE_REPLACED

Russia's ranking on the World Press Freedom Index has fallen again over the Kremlin's wartime censorship of the Ukraine conflict. From Myanmar to Mexico, journalists continue to ... END_OF_DOCUMENT_TOKEN_TO_BE_REPLACED

Ideally, those Europeans currently welcoming Ukrainian refugees would show the same sympathy to Syrians, Afghans and others fleeing war beyond the continent. But, argues Ian ... END_OF_DOCUMENT_TOKEN_TO_BE_REPLACED

END_OF_DOCUMENT_TOKEN_TO_BE_REPLACED
Social media
and networks
Subscribe to our
newsletter