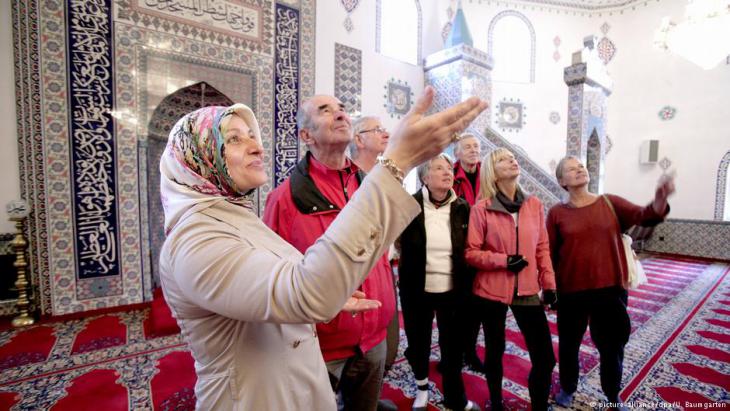 Islam does not stand in antithesis to the West

A study by the Washington-based Pew Research Center says the number of Muslims living in Europe is set to increase. But this is no reason to conjure up the spectre of an Islamisation of the West, says Loay Mudhoon

"The number of Muslims in Europe is set to increase significantly" and "Europe is becoming more Muslim". These are just two examples of the tone of headlines used by most German media reporting on the results of a study conducted by the US Pew Research Center.

Although these headlines are actually quite sober, they do make it sound as though owing to a potential demographic shift, we should brace ourselves for an inevitable natural catastrophe that could shake the very foundations of European societies. It is in any case likely that these reports will at the very least have triggered a sense of unease, in particular in those cases where the media concerned neglected to critically analyse the unrealistic results of the study.

And just as expected, right wing populists and Islamophobes of every hue, people who tirelessly tour the length and breadth of the country warning of the dangers of an Islamisation of Germany and the West and of the emergence of a "Eurabia", saw their worst fears confirmed by renowned US academics.

But upon closer inspection, it swiftly becomes apparent that the results of the study do not necessarily provide a good basis for the formulation of reliable predictions about actual population developments in Western nations. This is because the study expressly hypothesises on the basis of extreme conditions. Compounding this: in recent decades, valid statements on global migration movements have turned out to be highly erroneous.

Religious freedom is a basic right

However, those who enter the fray backed by nothing but battalions of numbers unwittingly engage with the logic of the paranoid agitator and the prophet of doom. After all, these people have no sincere interest in the integration of immigrants into the democratic community. It is therefore much more important to consider the fundamental question of how constitutional democracies respond to the fact that the number of Muslims in Europe will increase in the future. 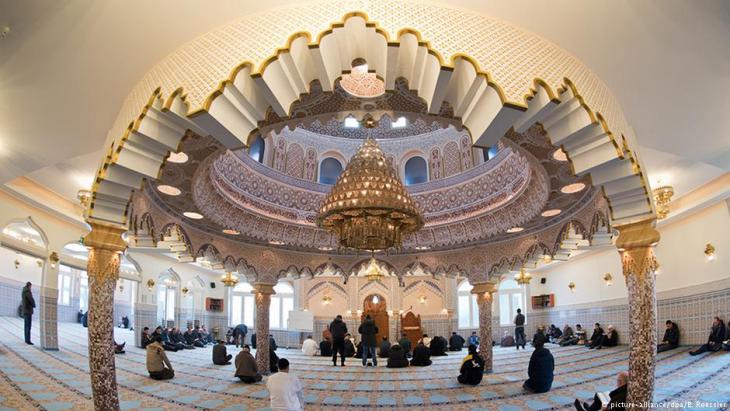 The Washington-based Pew Research Center says it expects the proportion of Muslims making up the German populaton to rise significantly by the year 2050: according to its scenario, from a current 6 per cent to between 8.7 and almost 20 per cent of the population. According to Loay Mudhoon, however, "those who enter the fray backed by nothing but battalions of numbers unwittingly engage with the logic of the paranoid agitator and the prophet of doom." The study, he adds, takes no account of the fact that more than 80 per cent of Muslim citizens in Europe are secularised.

To begin with, whatever citizens in a pluralist, democratic constitutional state believe or do not believe, is a private matter for them alone. In our liberal-democratic constitution, the basic right of religious freedom not only enjoys great importance, the ideologically-neutral state even has an obligation to protect religious freedom – regardless of whether the values of a religion correspond to the societal norms of the majority society or even run contrary to them. This does not, of course, mean that all the demands of a religion can be anchored in law and therefore implemented in the democratic constitutional state.


The recent study by the Pew Research Center suggests without doubt that European societies must gear up for a more visible presence of Muslims in the public sphere in the future and also for the fact that Europe's Muslims will expect to be able to practice their faith as openly and freely as followers of other religions, first and foremost Christians, are able to do on a daily basis.

But these findings are no reason to conjure up the spectre of an "Islamisation of the West". After all, "Islam" as a static, invariable entity does not exist. That is a fantasy of both fatuous Salafists and Islamophobic movements. Nowhere in the world do Muslims make up a monolithic block.  Their conduct is not defined by religion alone, or to put it more bluntly: they are not "Koran machines". Moreover, the Islam that is actually propagated and practised in each and every Muslim-majority nation is different.

80 per cent of Muslims in Europe are secularised

For this reason too, attempts by right-wing nationalist forces to present the apparently "backward and violence-prone Islam" as a counter model to an enlightened and civilised West, are doomed to fail. This simple dualism does not do justice to the complex reality of the world.

Already, more than 80 per cent of the Muslim citizens of Europe are secularised in the liberal sense of the word. New figures show that the number of practising Muslims in Europe is on the decline; despite all the fantasies of world domination held by radical Islamists, a quiet retreat from religion is underway.

The number of Muslims in Europe is not important here. What is much more crucial is that we reflect once more on the meaning of citizenship within a democracy. That means creating new possibilities for genuine participation for all citizens in the immigration societies of Europe – while at the same time defending the attainments of liberal democracy.

Home
Print
Newsletter
More on this topic
Interview with religious scholar Michael Blume: Turning away from Islam: Muslims beat a silent retreatGermany's Islam debate: For all our freedoms!Germany's identity crisis: We are the people, too
Related Topics
Democracy and civil society, European Islam, Freedom of religion, Integration in Germany, Islam in Germany, Muslims in the West, Right-wing populism, Rule of law
All Topics

Many predominantly Muslim countries have penal laws against "blasphemy", "defamation of religion" and "apostasy". In practice they serve as highly effective weapons to settle ... END_OF_DOCUMENT_TOKEN_TO_BE_REPLACED

These days you might be forgiven for wondering whether international relations would be better served by artists than politicians. Iranian Kayhan Kalhor, a bridge builder from the ... END_OF_DOCUMENT_TOKEN_TO_BE_REPLACED

As we digest the details of Donald Trump's Vision for Peace, we need to ask ourselves just one question: does this draft guarantee an Israeli and a Palestinian baby born today ... END_OF_DOCUMENT_TOKEN_TO_BE_REPLACED

As expected the Trump administration released its Israeli-Palestinian peace blueprint on Tuesday, a plan that ignores the Palestinians at the expense of lasting peace. Middle East ... END_OF_DOCUMENT_TOKEN_TO_BE_REPLACED

Looking outwards with the knowledge from within: a conversation with the Iraqi writer Sinan Antoon on the future of his homeland. Interview by Lena Bopp END_OF_DOCUMENT_TOKEN_TO_BE_REPLACED

Political analyst Taqadum al-Khatib argues that Egypt can, in co-ordination with its European partners, develop a common vision to solve the complex conflict in Libya. For this to ... END_OF_DOCUMENT_TOKEN_TO_BE_REPLACED

Comments for this article: Islam does not stand in antithesis to the West

What a load of taqiyya. Religious freedom a right? That why the Quran says that all Jews and Christians must be SUBJUGATED and HUMILIATED with the jizya? And why they can't openly practice their own faiths in muslim nations?

Looks like the author is making a huge reasoning error. he states that "whatever citizens in a pluralist, democratic constitutional state believe or do not believe, is a private matter for them alone".

However, this is ONLY true for that (part of the) belief that does NOT infringe upon the equal and universal rights of the others, nor poses a danger for public order. As such, this freedom does not apply for all those interpretations of islam that pretend that islamic religious law must be obeyed by all muslims (as sharia is in itself fully incompartible with universal rights), as confirmed by several rulings from the European Court of Human Rights).

A soon as a muslim understands his Quranic instructions (that include the explicit instruction to propagate the islamic belief, whatever it takes to do so) as something to be applied in his personal life, and in his interaction with others, he has stepped outside and beyond the liberties guaranteed by our laws.

The fact that the author amalgamates all types of Islamic belief into one thing and then pretends that this single 'islam' must be accepted, he became an activist for Islamism, and the enemy of both all secular and moderate moslims (thus, of all muslims that fully accept democracy and universal rights) and all democrats.