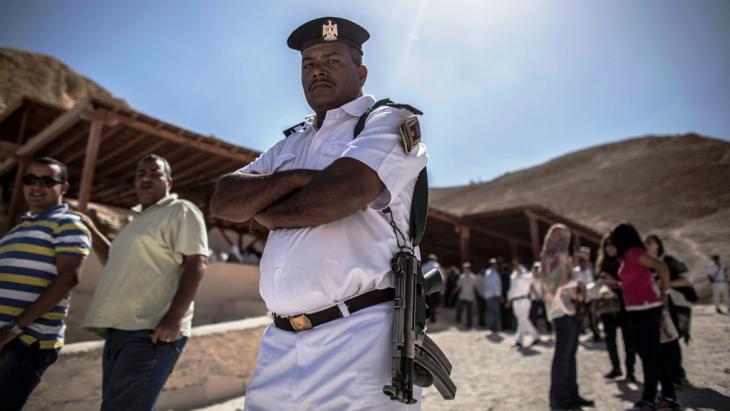 Police co-operation with Egypt
Is Germany an "accessory to repression"?

A security agreement between Germany and Egypt is imminent, as confirmed by German Interior Minister Thomas de Maiziere during his Cairo visit in March. But is the Egyptian Interior Ministry, which has been held responsible for systematic torture and human rights violations, an appropriate partner for Berlin in the war against terrorism and in migration policy? By Sofian Philip Naceur

"The Federal Government has no information to suggest that in the years 2015 and 2016, knowledge shared with or technology made available to Egypt as part of the training and equipment aid was used improperly or in contravention of constitutional standards. For this reason a new appraisal or cessation of the supportive measures was not deemed necessary." This was the German government's response in early March 2016 to a request by the Left Party parliamentary group for information on the human rights situation in Egypt and the police training and equipment aid provided to Egyptian security agencies in programmes that began in 2015.

This statement is remarkable in view of the murder of the Italian student Giulio Regeni in Cairo in February, a killing that has not yet been solved and that human rights groups and international media are almost unanimously blaming on Egyptian security forces, as well as the vast number of reports of large-scale human rights violations by Egyptian police and intelligence agencies. By no means does this sound like 100 percent clarity.

A closer perusal of Egyptian and international media should actually be triggering alarm bells. Concurring reports by domestic and foreign human rights organisations on the violence and torture practices of Egyptian security organs cast any security policy co-operation with Cairo in a bad light. Even the state-controlled Egyptian National Human Rights Council appears concerned about the situation in the nation's prisons and police stations. In view of these reports, it is indeed surprising that Berlin is maintaining its unwavering adherence to its police co-operation with Egypt.

Aims to exert a moderating influence

While the US, France and Britain are back intensified military co-operation with the Egyptian regime, the German government has been making increased efforts to develop its police co-operation with Cairo for a year now. Apart from the politically relatively unobjectionable support measures in the field of aviation and airport security, Berlin is particularly focussed on anti-terrorism measures and migration policy co-operation. 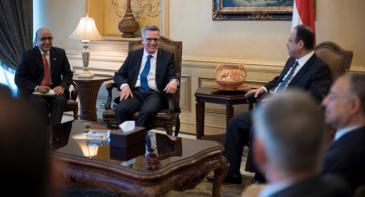 A meeting of minds: as Thomas de Maiziere said during his visit to Cairo in late March 2016, Cairo is an "indispensable ally in the fight against international terrorism and in the battle against irregular migration"

As Thomas de Maiziere said during his visit to Cairo in late March 2016, Cairo is an "indispensable ally in the fight against international terrorism and in the battle against irregular migration." But co-operation in these areas is particularly questionable. In response to an information request by the Left Party in May 2015, Berlin responded that the "extensive definition of terrorism" applied by the Egyptian government is "disproportionate" and is "repeatedly also used by security authorities and the judiciary within the context of demonstrations."

Apart from systematic human rights violations by security organs, presented by official authorities in Egypt as "isolated incidents", it remains questionable just how effective the regime's anti-terrorism policy really is. In the US magazine Foreign Policy, Shadi Hamid described the hard line under Egypt's President Abdul Fattah al-Sisi as a "gift to the Islamic State", referring to the massive increase in terrorist attacks since he took office. From June 2013 to May 2015 Hamid counts a total of 1,223 attacks, after 78 in the two previous years. Although the number of attacks has been decreasing since, police brutality and violence against civilians are now daily occurrences on the Nile.

It is for this reason that Dr. Stephan Roll of the Berlin Institute for International and Security Affairs (SWP), is also sceptical about the police co-operation with Cairo. "The aim of having a moderating influence on Egypt's police apparatus is not realistic and not understandable, because the Egyptian interior ministry has thus far shown itself to be resistant to reform. The policies in force in Cairo are actually doing more to encourage terrorism at home," says Roll. 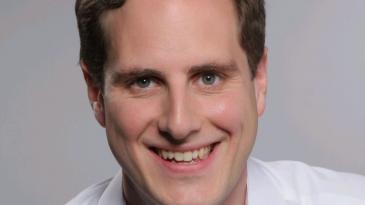 Stephan Roll: " The aim of having a moderating influence on Egypt's police apparatus is not realistic and not understandable, because the Egyptian interior ministry has thus far shown itself to be resistant to reform"

"If you want to tackle the issue pragmatically and have a positive impact on the apparatus, I would recommend developing contacts with the Egyptian military. The German government should try to improve its relations with the general staff, as this exerts far more influence in Egypt than the interior ministry. I see no necessity to cooperate with downstream institutions such as the interior ministry. The military is certainly not the better actor, placing greater importance on the observance of human rights, but it is simply the more influential one."

The co-operation with Cairo on migration policy – according to Roll the key motivation for Berlin to hold fast to its police co-operation – also throws up questions. After the German government declared the Mediterranean neighbours Tunisia, Morocco and the autocratically governed Algeria to be safe countries of origin, the aim is also to involve Egypt more closely in the EU migration defence. During his visit to Cairo, de Maiziere made a statement on the issue that was clearer than ever before. "We don't want to see any new routes for migrants. We're worried about the route that will again begin in Libya and we will stop it in Egypt," the minister said.

Refugees and migrants travelling to Europe from East Africa almost always cross Egypt. Since the war began raging in the neighbouring country of Libya, increasing numbers of refugees are attempting to set sail from the Egyptian coast – initially unchecked by security forces.  But since April 2015, more refugees are being arrested in the provinces of Alexandria, Beheira and Kafr Al-Sheikh, says Muhammad Al-Kashef from the Egyptian Initiative for Personal Rights in Alexandria. In the last two weeks alone, there have been at least six incidents involving the arrest of dozens of people. 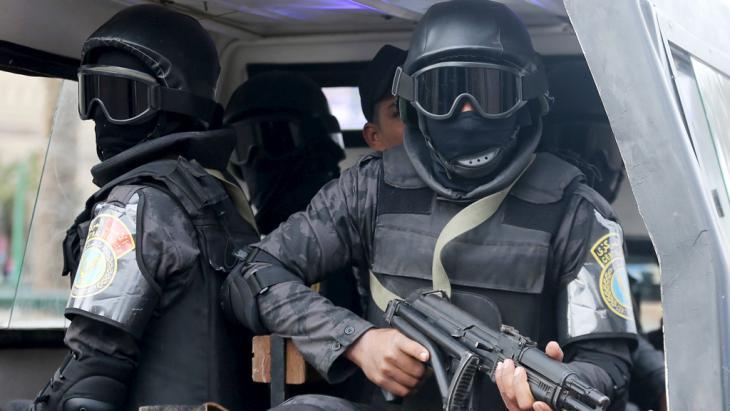 The iron grip of Egypt′s police state: in recent weeks, human rights organisations in Egypt have been the target of a wave of unparalleled state repression and investigation, says the German Foreign Office. Among those affected include the "Egyptian Initiative for Personal Rights", the "Arab Network for Human Rights Information", the "Cairo Institute for Human Rights Studies", the "Nazra Center for Feminist Studies" and the "Nadeem Center for Rehabilitation of Victims of Violence"

In most of these cases, Cairo's approach is deportation. Only refugees registered with the United Nations High Commissioner for Refugees (UNHCR) are released again, says Kashef. But because the UNHCR office in Cairo is understaffed, only a small number of those refugees stranded on the Nile have the requisite papers. If they are arrested, many of these people are therefore threatened with deportation and Cairo has few qualms about sending people back to countries where they are likely to face persecution.

In the German Bundestag, criticism of such police co-operation is meanwhile fairly contained. Only the Green Party deputy Dr. Franziska Branter and the Left Party parliamentary group are challenging the government over its Egypt policies. For example, the Left Party's Andrej Hunko described the support being given to Egypt's as an "accessory to repression". After all, although Berlin is keen to emphasise the importance of "training being conducted in accordance with constitutional principles and under the observance of human rights," it remains extremely doubtful whether these standards are also being applied by the Egyptian police force.

Home
Print
Newsletter
More on this topic
The West and the Islamic world: The despotic temptationReligion and freedom of expression: The birth of a new theocracy?Restrictions on Egyptian NGOs: Silencing the voice of civil society
Related Topics
Abdul Fattah al-Sisi, Democracy and civil society, Egypt's army, Human rights, Policy on refugees and migration, Refugees
All Topics

In Doha, Arabs from Morocco, Tunisia, Egypt and Algeria are gathering to celebrate the first ever FIFA World Cup to be held on Arab soil. The criticism from Europe? Over the top, ... END_OF_DOCUMENT_TOKEN_TO_BE_REPLACED

November 2022 sees the Arab world firmly in the spotlight with the COP27 in Egypt and the FIFA World Cup in Qatar. Public trust in MENA governments is weak, thanks to their ... END_OF_DOCUMENT_TOKEN_TO_BE_REPLACED

Palme d’Or winner "Boy from Heaven" is a classic crossover film in which cultural elements are mixed together in haphazard and random fashion. Shady Lewis Botros bemoans the ... END_OF_DOCUMENT_TOKEN_TO_BE_REPLACED

COP27 in Sharm el-Sheikh is turning into a PR disaster for Egypt’s military regime. Instead of praise for the host, the news is full of solidarity for imprisoned activist Alaa ... END_OF_DOCUMENT_TOKEN_TO_BE_REPLACED

END_OF_DOCUMENT_TOKEN_TO_BE_REPLACED
Social media
and networks
Subscribe to our
newsletter