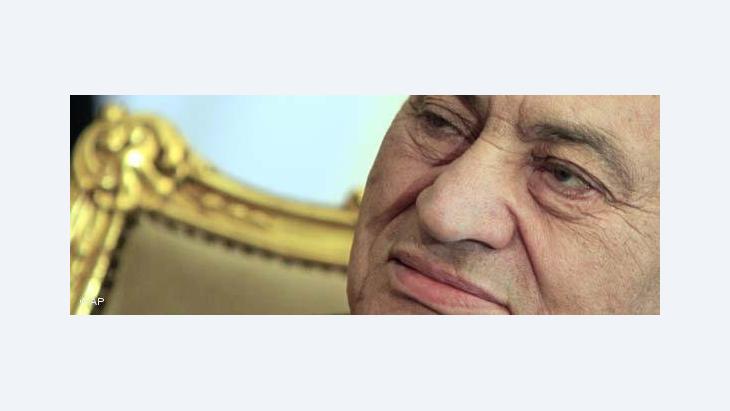 ﻿The public trial of Mubarak shows what united demands can achieve. But polarization between Islamists and secularists could endanger the goals of the Egyptian revolution, writes Omar Ashour

August 3, 2011, will be remembered as a historic day in Egypt. Former President Hosni Mubarak was put on public trial, together with his two sons and his ex-interior minister, General Habib el-Adly. The repercussions for Egypt, indeed for the entire Arab world, will be profound.

This is not the first time that an Arab dictator has been put on trial. Saddam Hussein and Zine El Abidine Ben Ali preceded Mubarak in the dock. Hussein was tried with the help of a United States-led coalition; Ben Ali was tried and convicted in absentia, after fleeing to Saudi Arabia. But in Egypt, "It was done exclusively by Egyptians for Egypt," as a friend put it to me. "That is why we are so proud of it."

The potent capacity of Egypt's Salafis

But the run-up to the trial was contentious. On July 29, many organizations staged a large protest in Cairo's Tahrir to highlight the unity of Egypt's revolutionaries (whose demands included a public trial of Mubarak). Instead, the protest exposed the dramatic polarization between Islamists and secularists since Mubarak's ouster. Moreover, it revealed the potent capacity of Egypt's Salafis to mobilize supporters, who were the overwhelming majority in Tahrir Square that day. 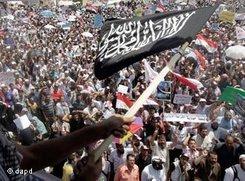 Escalating tensions between Islamists and secular democrats: Egyptian liberals were particularly alarmed at the huge Tahrir Square mobilization of the Brotherhood and the Salafists on July 29, giving rise to fears that Islamists were hijacking the revolution

​​Other groups, including the leftist April 6 Youth Movement and the multi-ideological Coalition of the Revolution's Youth, looked minute and insignificant. As a result, many secular activists ended their week-long sit-in and withdrew from Tahrir Square. Ironically, this was what the ruling Supreme Council of the Armed Forces (SCAF) wanted, and it was achieved at no cost in violence or military tribunals. Chants of "islamiyya, islamiyya" (Islamic, Islamic) were enough.

With no representative institutions and the military in control of the country, street mobilization has become the main tool of Egyptian politics. Following the March 19 referendum, in which most Islamists campaigned for a package of constitutional amendments and got 77% support, secularists took to the streets, mobilizing behind their own demands.

Those demands were mostly uncontroversial for Egypt's revolutionaries, including Islamists: the release of political prisoners; a halt to military tribunals for civilians; prosecution of the murderers of protesters (many of whom are senior police officers); a purge of corrupt Mubarak allies from the police force; and a public trial for Mubarak and his regime's top henchmen.

But then came some controversial demands. Fearing that elections might bring an Islamist majority to Parliament and to the assembly that will write a new constitution, most secularists demanded supra-constitutional principles (akin to a bill of rights, with a few twists) or a constitution to be enforced by the SCAF before elections. They staged street demonstrations, mobilized media pressure, and lobbied the SCAF.

It worked. The SCAF announced that it is forming a body of constitutional experts to craft several versions of a potential constitution. Obviously, the SCAF has its own calculations, which probably have less to do with protecting a liberal Egypt than with protecting the military's financial independence and shielding itself from accountability to civilian institutions.

The secularists' gains were a wake-up call for the Islamists, and they responded en masse on July 29. But Egypt's old-line Muslim Brotherhood, with all of its factions, tendencies, and offshoots, no longer appears to be the country's dominant Islamist force, as Salafis challenge the Brotherhood's traditional hegemony.

The Salafis are defined in part by their strict theological orthodoxy. Their belief in the superiority of literal interpretations of Islamic texts and their deep animosity towards religious innovation (broadly defined) reflect their certainty that the first three generations of Muslims possessed the best understanding of Islam, and should provide guidance for future generations.

A change of tide? Egypt's old-line Muslim Brotherhood, with all of its factions, tendencies, and offshoots, no longer appears to be the country's dominant Islamist force, as Salafis challenge the Brotherhood's traditional hegemony, writes Omar Ashour

​​But Salafism is also a powerful source of personal identity, shaped and reinforced by a common form of dress and style of beard, a high degree of social conservatism, and a generally negative (but nuanced) perception of liberal individualism. "I raise my head high as I am an Egyptian, and I raise my head even higher as I am a Salafi," an assistant of a leading Salafi sheikh proudly told me.

At the same time, Salafis' social origins, organizational structures, political behavior, and even their views on democracy, violence, and state authority, are quite varied. Decentralized organization, multiple leaderships, and conflicting ideological stances make the Salafi trend amorphous, volatile, and susceptible to manipulation and infiltration. That has been the pattern observed in Algeria, Saudi Arabia, and Yemen. Egypt may follow.

At the moment, Egyptian liberals' main concern should be their popular appeal and ability to mobilize support, rather than picking fights with the Salafis and trying to enforce a constitution by any means, democratic or not. During its transition period (1988–1991), Algeria's secularists crafted a pluralist constitution that excluded religious parties. Yet, when parliamentary elections were held in 1991 – more than two years after the constitution was adopted – the Islamic Salvation Front still won.

The Algerian secularists' strategy of exclusion, fraud, cheating, and gerrymandering backfired badly: Islamists were perceived as victims, while secularists – with some exceptions – were cast as unprincipled opportunists. Enforcing a secular constitution before elections does not guarantee a secular outcome. Popular support does.

Unity among the former revolutionary opposition is critical for the success of any democratic transition, and Egypt is no exception. The public trial of Mubarak shows what united demands can achieve. Egyptian and other Arab revolutionaries should therefore keep the lessons of July 29 and August 3 in minds. Unity now can bring justice and freedom later. Polarization will bring neither.

Omar Ashour is a Lecturer in Politics and Director of the Middle East Graduate Studies Program at the Institute of Arab and Islamic Studies, University of Exeter (UK). He is the author of "The De-Radicalization of the Jihadists: Transforming Armed Islamist Movements."

The past enthusiasm of the Egyptians lives on in the Iraqis of today. But just as they were nine years ago in Cairo, current prospects in Baghdad are dim. A comparison by Birgit ... END_OF_DOCUMENT_TOKEN_TO_BE_REPLACED

Insults directed against Egyptian President Abdul Fattah al-Sisi have been particularly prominent among the hundreds of chants by Arab protestors in Algeria, Sudan, Iraq and ... END_OF_DOCUMENT_TOKEN_TO_BE_REPLACED

Political analyst Taqadum al-Khatib argues that Egypt can, in co-ordination with its European partners, develop a common vision to solve the complex conflict in Libya. For this to ... END_OF_DOCUMENT_TOKEN_TO_BE_REPLACED

The upheavals of the past year in the MENA region are arguably as momentous as those of the Arab Spring in 2011. Yet perhaps the biggest difference is that our interest seems to ... END_OF_DOCUMENT_TOKEN_TO_BE_REPLACED

END_OF_DOCUMENT_TOKEN_TO_BE_REPLACED
Social media
and networks
Subscribe to our
newsletter