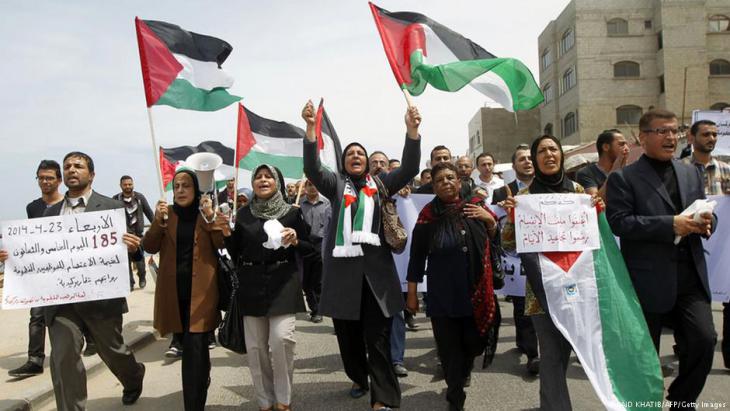 Is the cautious rapprochement between Hamas and Fatah now under threat following U.S. President Trump’s announcement that Washington will be moving its embassy to Jerusalem? Elisa Rheinheimer-Chabbi spoke to Matthias Schmale, Head of the UN refugee agency for Palestinians in Gaza

Mr Schmale, government business in the Gaza Strip is set to pass from Hamas to Fatah on 10 December. Now that he's announced his intention to move the U.S. embassy to Jerusalem, has President Trump ended this process in one fell swoop?

Matthias Schmale: There is a chance that the process might continue on a political level in the first instance – not least because of the active participation of Egypt. But the people in Gaza are still waiting for concrete changes in their daily lives. Nothing has happened in this respect since the start of negotiations in mid-October. We still have a situation where there's only electricity for four hours a day. And that's why the initial, cautious optimism had already turned to pessimism – even before the Trump announcement.

The war in Syria has somewhat overshadowed the situation in the Gaza Strip. You're running one of the most extensive UN aid programmes for refugees there. Why is this necessary? 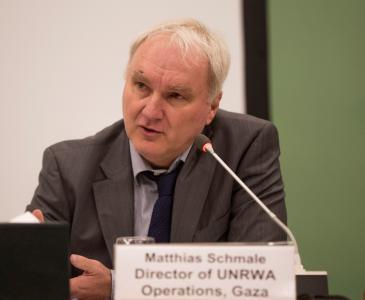 Schmale:  The humanitarian emergency is the result of the continued blockade of Gaza. We're dealing with something akin to an official prison for two million people. They're living cheek by jowl; Gaza is the same size as Bremen. Seventy percent of the population are refugees, so that's 1.3 million people. The situation was exacerbated by the last war in 2014. We're now supplying almost half the population with food. Then there's the acute joblessness: around 65 percent of young people here have no job. This is catastrophic, because it equates to a total lack of perspectives. It can take weeks, sometimes even months to be allowed to import construction materials, for example.

What's the impact of the blockade on children?

Schmale: The school situation is especially precarious. Because of the lack of space, we've introduced a shift system: some children are taught in the mornings and others in the afternoons – in some schools there are even three shifts. More than 90 percent of under-25-year-olds have never left the Gaza Strip.

If you look around the Gaza Strip, it appears that at least the reconstruction has made good progress since the 2014 war.

Schmale: Yes, 75 percent of the reconstruction projects begun by the United Nations have been finished. Germany has also contributed to this by investing 57 million euros in reparations since the war. But that's just the material side of things. The psychological consequences are fatal. For example, a young father set himself on fire just a few days ago. Many people are traumatised and without any future prospects at all; the suicide rate is on the rise.

On the other hand, there also appear to be young people who are highly motivated.

Schmale: Yes, young people here demonstrate a phenomenal energy, that's the other side of the story. I marvel at the men and women who refuse to be despondent in spite of everything. They volunteer for social causes or set up businesses. I have great faith in what they're doing. But it would be a mistake to think that things will carry on like this for the next 10 years. – Can you hear the drones outside? They're incredibly loud. Sometimes they sound like jets and there have been more of them in the sky in recent days. Many people are worried and asking themselves: "Is it all starting again?" 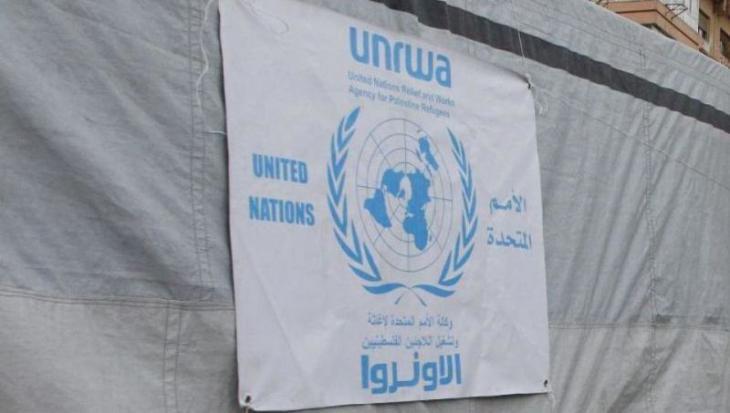 The UN Relief and Works Agency for Palestinian Refugees (UNRWA) is the largest supplier of state services in Gaza. Of the Strip′s two million inhabitants, 1.3 million are refugees. The UNRWA provides them with 267 schools and 21 health centres, as well as women′s centres and food aid. The UN has 13,000 salaried employees in Gaza, the majority of whom are themselves refugees

You mean: is the war starting again?

Schmale: Yes. Although the main fear of people in Gaza at the moment isn't a new war with Israel. The biggest fear is that young people are radicalised in their hopelessness. For a long time now, groups have existed in Gaza that are far more radical than Hamas. If this hopelessness continues, there's no telling what will happen. The fear that fighters loyal to IS are infiltrating Gaza is justified. That's also clear to the Israelis. It sounds absurd but for Israel, Hamas represents a certain security in comparison to violent Salafist groups. That's probably why we're seeing so many drones in the sky at the moment: the Israelis are probably trying to find out whether radical groups are managing to occupy the power vacuum in this current transitional phase.

A pre-condition of the reconciliation process is the disarming of Hamas. Is this possible?

Schmale: I think it would be illusory to assume that Hamas is about to disarm in the near future – at least not since the Trump decision. If that really is a prerequisite, then we won't be seeing a rapprochement between the two parties and improved living conditions for the people. But maybe there's another way to move forward.

Schmale: Perhaps the disarmament doesn't have to be the top priority. Despite all the differences, several observers are drawing comparisons with the Northern Irish conflict. At the start of the reconciliation process, the IRA also had yet to be disarmed. 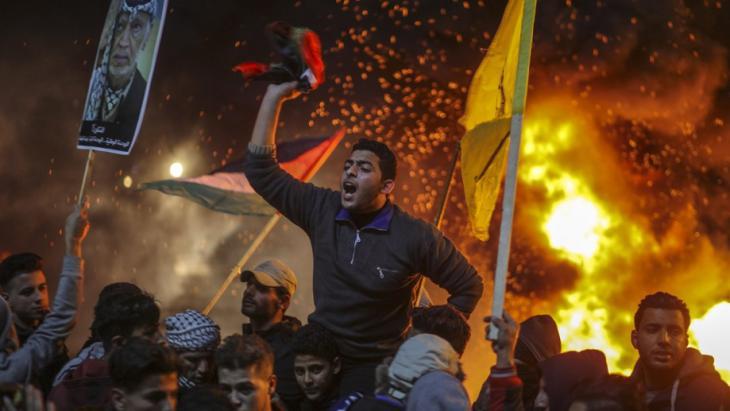 Could the Middle East be heading towards its third intifada? Following President Trump′s announcement last week of his plans to move the U.S. embassy to Jerusalem, Hamas called on the Palestinians to rise up against the Israelis. ″We should call for and we should work on launching an intifada in the face of the Zionist enemy," Ismail Haniyeh, leader of the radical Islamic Palestinian organisation said in a speech in Gaza. The recognition by Donald Trump of Jerusalem as the capital of Israel was tantamount to a ″declaration of war against the Palestinians,″ he concluded

Do you still have faith in the reconciliation process despite Trump's decision?

Schmale: You know, I grew up in South Africa during apartheid. At the time, there was a man in prison viewed by the entire world as a terrorist. Never in my life would I have imagined that this man would one day be feted by everyone. Today, Nelson Mandela is a star. The fall of the Berlin Wall affected me in a similar way, I never would have thought it possible.

Right now, I can't imagine that the sworn enemies here in the Middle East will somehow find a way to work together. But history has shown that the seemingly impossible is sometimes possible. Demilitarisation in Gaza, open borders, it won't work out tomorrow, not the day after tomorrow and not on 10 December either. But I hope that it will work out in the long-term. A new war in Gaza would mean hell for the people.

In view of the latest developments, are you expecting a third Intifada?

Schmale: Due to the persistent tensions below the surface, war is always possible here. But for me, the most probable cause of a new war is the dramatic socio-economic situation in the Gaza Strip as a result of the blockade. The international community should not underestimate the resultant widespread hopelessness and the potential for rioting, as well as further radicalisation towards extremism.

Elisa Rheinheimer-Chabbi is an editor at the magazine "Publik-Forum". The interview was conducted during a research trip to Gaza and the West Bank with the United Nations Association of Germany.

With reported hostilities against Israeli journalists and the flag of the Palestinian territories flying on the streets and in the stadiums, it is clear the World Cup in Qatar is ... END_OF_DOCUMENT_TOKEN_TO_BE_REPLACED

When is it and when is it not acceptable to display a political banner at the World Cup in Qatar? The answer seems to depend largely on the political message, with fans ... END_OF_DOCUMENT_TOKEN_TO_BE_REPLACED

A leading light of Israeli theatre, Ofir Henig has directed the Israel Festival and is the only female director to have been awarded the Israel Theatre Prize. These days, however ... END_OF_DOCUMENT_TOKEN_TO_BE_REPLACED

With the current leadership of Iran quick to lay the blame for the Iran protests on Israel, the chances of harmonious relations between the two countries still seems remote. Yet, ... END_OF_DOCUMENT_TOKEN_TO_BE_REPLACED

Daniel Barenboim is not only a world-famous pianist and conductor. He has also worked tirelessly to foster understanding and reconciliation between Palestinians and Israelis. By ... END_OF_DOCUMENT_TOKEN_TO_BE_REPLACED

After a two-year hiatus, the Arab League re-convened at the beginning of November in Algiers against a backdrop of uncertainty and discord. By Pierre Boussel END_OF_DOCUMENT_TOKEN_TO_BE_REPLACED
Author:
Elisa Rheinheimer-Chabbi
Date:
Mail:
Send via mail

END_OF_DOCUMENT_TOKEN_TO_BE_REPLACED
Social media
and networks
Subscribe to our
newsletter