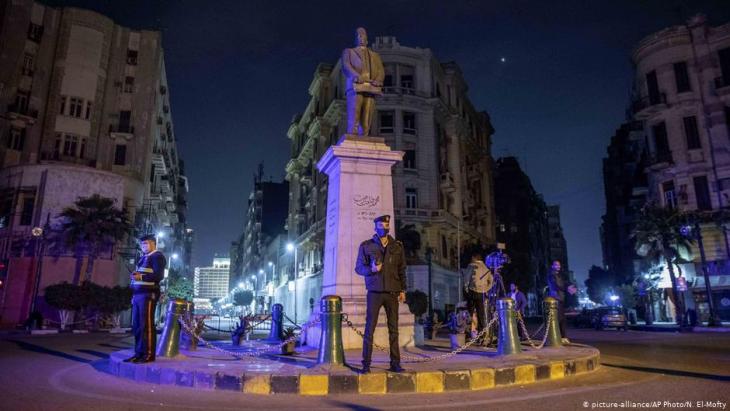 Politics, inequality and a lack of transparency
Coronavirus and the Middle East's ongoing state of emergency

Plagued by troubled state-citizen relationships on the one hand and conflict on the other, states in the Middle East could discover new uses for COVID-19 lockdown measures. By Abdalhadi Alijla

Although it is widely accepted that transparency is key in confronting the spread of coronavirus, the pandemic has seen most of the MENA states taking, for the first time, political decisions to counter this public health issue as a question of national security.

There has been a shift from ordinary measures to emergency measures that restrict freedom of movement, as well as the closure of cities, industries and economies. In many countries, this has uncovered serious inequalities within Middle Eastern societies. The vast majority of unskilled workers, shopkeepers and other tradespeople have simply stopped earning money – increasing poverty and their inability to pay rent or feed their families.

The drift towards a state of emergency, the application of draconian measures, the deployment of surveillance technologies and the implementation of new techniques to restrict, follow, and manage individual citizens may have serious political consequences. Many Middle Eastern states have worrying records when it comes to human rights.

With the COVID-19 pandemic indicating the use of such technology (and states negating any criticism), these tools may well continue to be used in public health or even security – justified or otherwise – once the pandemic has passed. 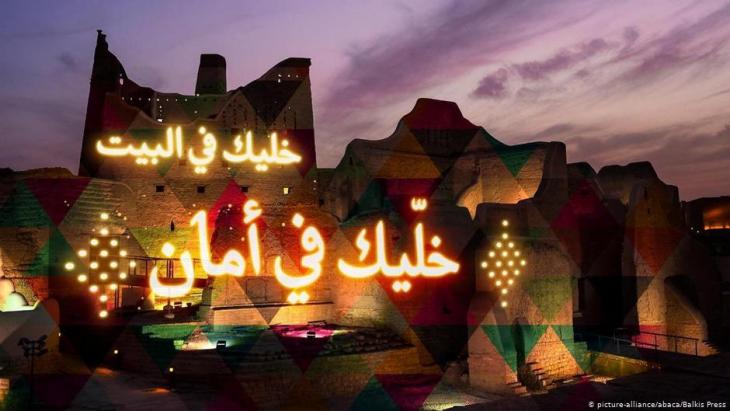 Imposed from above: "At the heart of the state of emergency concept is the notion of the need to act quickly in the face of a high-risk threat. What the COVID-19 pandemic requires, however, is a grassroots response in tandem with the will of the legislator, not the executive," writes Alijla

This raises a question about post-coronavirus regimes. Those regimes looking to intensify security and surveillance measures will persist. A state of emergency where special measures prevail will thus continue to be seen as a potential draconian measure capable of demonstrating the state's capacity to restrict and control people.

Against a background of political volatility, the lack of transparency has intensified sectarian tensions in the region, at both a state level and throughout the wider population. There has been a failure to source reliable coronavirus data and specialist state institutions are still being slow to release information. Yet nothing could be more important during a regional epidemic.

As information concerning about the rate of infection in Iran seeped out, many Lebanese accused Hezbollah of covering up the spread of the virus in Lebanon and called for a halt to flights from Iran. This fed into sectarian tensions in Lebanon and the region as a whole, leading the former to accuse Iran of misleading the public and threatening the region’s public health. Saudi Arabia and Bahrain strongly condemned Iran for its reckless response to the virus, and in particular, for not stamping the passports of GCC citizens who had been in Iran.

Chinese President Xi Jinping's visit to Saudi Arabia in December 2022 may have rattled Washington, but it simply highlighted the Arabs’ desire to diversify their foreign relations ... END_OF_DOCUMENT_TOKEN_TO_BE_REPLACED

In Doha, Arabs from Morocco, Tunisia, Egypt and Algeria are gathering to celebrate the first ever FIFA World Cup to be held on Arab soil. The criticism from Europe? Over the top, ... END_OF_DOCUMENT_TOKEN_TO_BE_REPLACED

After a two-year hiatus, the Arab League re-convened at the beginning of November in Algiers against a backdrop of uncertainty and discord. By Pierre Boussel END_OF_DOCUMENT_TOKEN_TO_BE_REPLACED

Anger in the Middle East is spreading over comments made by an official of India's ruling BJP about the Prophet Muhammad, with various countries summoning New Delhi's envoy and a ... END_OF_DOCUMENT_TOKEN_TO_BE_REPLACED

Women's empowerment in the Gulf has become a tool of deflection, rather than a genuine effort to promote women’s full and equal participation in society. By Mira Al-Hussain END_OF_DOCUMENT_TOKEN_TO_BE_REPLACED

A straightforward message emerged from last week’s meeting in the Negev desert of the foreign ministers of four Arab countries, Israel and the United States: Israel is key to the ... END_OF_DOCUMENT_TOKEN_TO_BE_REPLACED
Author:
Abdalhadi Alijla
Date:
Mail:
Send via mail

END_OF_DOCUMENT_TOKEN_TO_BE_REPLACED
Social media
and networks
Subscribe to our
newsletter