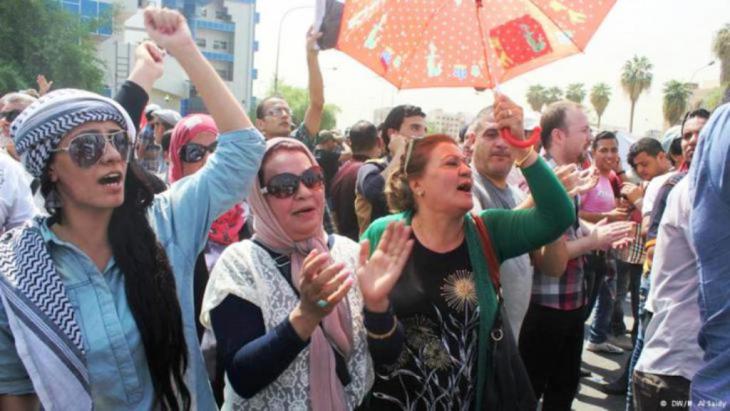 Popular unrest in the Middle East
Who says popular demand for change is off the agenda?

Recent protests in Beirut against government corruption and incompetence highlight a growing revival of non-violent dissent across the Middle East and North Africa. As well as an end to corruption, protesters in Egypt, Iraq and Lebanon have been taking to the streets demanding improvement in basic public services such as waste management, accountability and transparency. By James M. Dorsey

The protests in several Arab countries, although focussed on social and economic demands, fundamentally have the same objectives as popular uprisings four years ago that toppled four autocratic regimes: dignity, social justice, and greater freedom. The series of mass demonstrations have challenged the notion – despite intermittent clashes with security forces – that brutal crackdowns and military interventions have quelled the willingness of citizens to stand up for their rights in the MENA region.

For many observers, the civil wars in Libya and Syria, Saudi military intervention in Bahrain and Yemen, the Gulf-backed military coup in Egypt, and the rise of Islamic State in Iraq and Syria, have sounded the death knell for a democratic transition in the Middle East and North Africa. They argue that the struggle against jihadist extremism and the brutal crackdowns by counterrevolutionary forces have buried any likelihood of renewed civic and political protests.

However, as the Lebanese protests show, there is renewed popular upheaval against the brutal suppression of dissent and systemic corruption, and a total lack of transparency and accountability, across the Arab world. 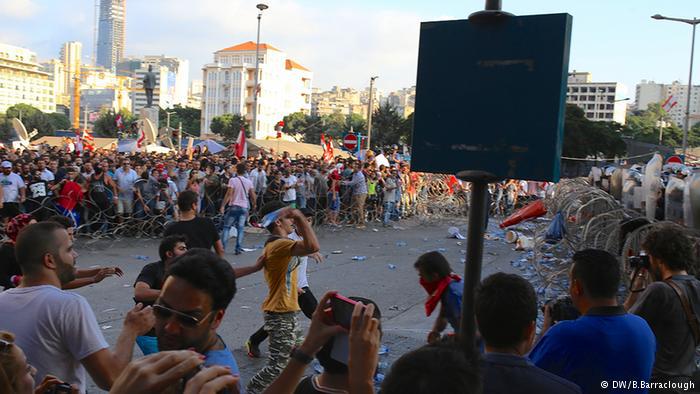 "A series of mass demonstrations has challenged the notion – despite intermittent clashes with security forces – that brutal crackdowns and military interventions have quelled the willingness of citizens to stand up for their rights", writes James M. Dorsey

The Lebanese protests go even further: they show that the autocratic rulers have manufactured the sectarian divides between Sunni and Shia Muslims in their countries – often at the expense of non-Muslim minorities – to ensure the survival of their regimes. Members of the 18 sects that make up the Lebanese mosaic suffer equally from the pungent smell of uncollected garbage and associated health hazards. Alleged efforts by Shia militants, the country’s foremost political force, to instigate violence in an attempt to undermine the cross-sectarian nature of the protests, have so far failed.

Similarly in Iraq, hundreds of thousands of demonstrators, Sunni and Shia, have taken to the streets of Baghdad and southern cities like Basra every Friday to protest corruption and demand an improvement in basic public services. The Iraqi protests were fuelled by the killing of a young protester Muntather al-Halfi, by security forces in Basra last July. Rejecting claims by politicians that these were due to religious divisions, the protesters chanted “Sectarianism is dead” and “Stop stealing from us in the name of religion.”

The country has lost a significant swathe of territory to Islamic State which represents the most brutal expression of sectarian hatred. Ten years of sectarian policies have reshaped Iraq, brutalized its minorities and forced many of them to leave. 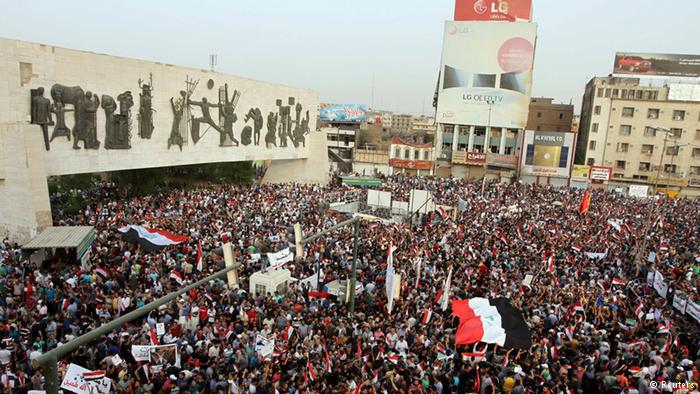 Syria and Libya have been engulfed by civil wars between rival militias: in Syria between Alawites and Sunnis, in Libya between different tribal militias of Sunnis, which have given rise to al-Qaida offshoots of different shades, the al-Nusra Front and Islamic State in Iraq and Syria. Unlike Lebanon and Iraq, Egypt has undergone two rounds of popular uprisings, in 2011 and 2013, prior to the military takeover by General Abdul Fattah al-Sisi.

With a largely homogeneous society and a Coptic minority that has mostly been supportive of the repressive regime of the general-turned-president, political protests have been generally suppressed. Nonetheless, according to Democracy Index, militant soccer fans and students have staged 800 anti-government protests between October of last year and June of this year.

Even more startling is that the fans’ and students’ nemesis, the feared and despised police force, has joined the fray. Security forces were called upon to squash protests by low-ranking police officers in several Egyptian governorates, including Cairo, in support of demands for better employment benefits and bonus payments.

The Interior Ministry accused the policemen, the bottom of the heap of the 1.7 million strong Egyptian security forces, of being supporters of the outlawed Muslim Brotherhood, who’s democratically elected president was removed from office by al-Sisi; they were charged with endangering Egyptian security at a time when the country was confronting a jihadist insurgency. 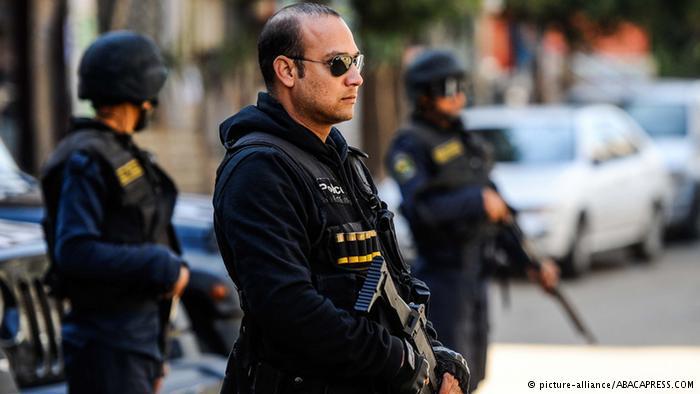 Leaders in Lebanon and Iraq have responded in more conciliatory terms to the mass protests. Iraq′s prime minister, Haider al-Abadi promised to root out corruption and streamline his government. Lebanon’s cabinet put its paralysis on full display when it met to discuss the crisis. Rather than announcing immediate steps to rid Beirut of its garbage, it referred the issue to a ministerial committee.

The renewed protests may not immediately topple regimes like they did in 2011, but they do reflect fundamental change in the Middle East and North Africa, with anger and frustration over corruption and incompetent and repressive government bubbling at the surface. They also suggest that the largely short-lived success of the 2011 revolts has not extinguished a desire for change and a willingness to take to the streets to demand it.

Peaceful protest and extremist jihadism are two sides of the same coin: they are expressions of deep-seated discontent among restless populations that no longer are willing to subject themselves to inefficient, corrupt and arbitrary rule. The likes of Islamic State can only be truly defeated if as much effort is invested in addressing the region’s political and social governance issues, as is put into security crackdowns and military repression.

James M. Dorsey is a senior fellow at the S. Rajaratnam School of International Studies as Nanyang Technological University in Singapore, co-director of the Institute of Fan Culture of the University of Würzburg and the author of the blog, The Turbulent World of Middle East Soccer, and a forthcoming book with the same title.

Egypt hopes to jump-start the action needed to face a warming world when it takes the presidency of major UN climate talks in November, but warns that countries need a "reality ... END_OF_DOCUMENT_TOKEN_TO_BE_REPLACED

A ceasefire has been in effect in Libya for the past year and a half. Yet after Russia's attack on Ukraine, another proxy war looms in Africa's most oil-rich country. Mirco ... END_OF_DOCUMENT_TOKEN_TO_BE_REPLACED

It is the biggest order in the history of the Siemens Group: a 2,000-kilometre railway network for high-speed trains is to be built in Egypt. But the project raises numerous ... END_OF_DOCUMENT_TOKEN_TO_BE_REPLACED

Archaeologists have discovered 250 sarcophagi and 150 bronze statues during excavations in the necropolis on the western bank of the Nile. ... END_OF_DOCUMENT_TOKEN_TO_BE_REPLACED

The lack of grain supplies from Ukraine is forcing Egypt to act. Now even the Toshka project is being revived to grow grain in the desert. Birgit Svensson travelled to see it END_OF_DOCUMENT_TOKEN_TO_BE_REPLACED

END_OF_DOCUMENT_TOKEN_TO_BE_REPLACED
Social media
and networks
Subscribe to our
newsletter