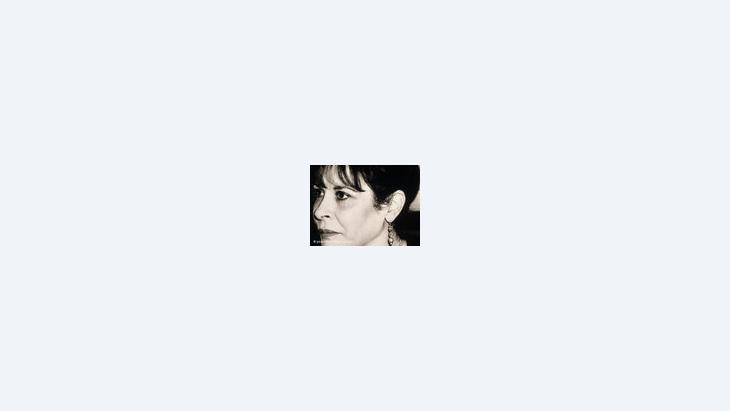 Maïssa Bey is one of Algeria's most prominent writers. Her novels deal with the division and turmoil of the country's past and present. When she talked to Martina Sabra, however, she also had a thing or two to say about the role of Europe 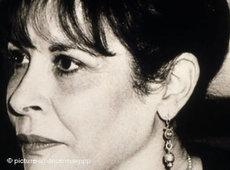 Literature as an act of resistance: In her novels, Maïssa Bey advocates an honest reappraisal of the crimes committed during Tunisia's civil war

​​Women and girls are almost always at the centre of Maïssa Bey's novels and stories. It is their view of things that matters. Thematically, however, her books are about Algerian society as a whole.

In one of her most recent novels, Maïssa Bey tries to come to terms with the country's so-called "black decade". After the revolution and the overthrow of the single-party regime in 1988, the Islamists were on the brink of winning the first democratic elections.

To prevent this the military staged a coup in 1991 – an event followed by almost ten years of terror and violence in a dirty war against their own people, a conflict that is estimated to have cost the lives of an some 200,000 people, with thousands still missing.

Many chose to leave Algeria at that time. Maïssa Bey, however, decided to stay put. Working as a French teacher in her hometown of Sidi Bel Abès in western Algeria, she would witness the violence at first hand.

For many of those who suffered it was just a case of being in the wrong place at the wrong time; others, however, were killed deliberately, the 61-year-old recalls. "But one thing applies to all of them. No one wants to talk about them, about the facts of this never-ending grief for people who, after all, were entirely innocent, because most of them had nothing at all to do with either side."

With its "national harmony law" and its decree on "national reconciliation" the Algerian regime's approach in recent years has been to let the crimes of the 1990s go largely unpunished. It is an area that has been declared off-limits to the media. Journalists who have ignored the ban have found themselves threatened with serious consequences, or been beaten up; some have even been found dead in mysterious circumstances.

Trauma of the civil war

It is a situation that Maïssa Bey is determined to do something about. "The way I feel about this situation is explained in my latest novel, Puisque mon coeur est mort (Now That My Heart is Dead). It is the story of a young English literature professor whose only son is murdered by a terrorist. Unable to bear the pain, she spends her evenings writing letters to her dead son.

​​She tells him how she felt when he died, how she has been trying to cope since, and how society attempts to dictate to her how she should deal with her grief by urging her to get over it and come to terms with her loss. It is the kind of advice that has been given to so many women in Algeria, who do not know how they can possibly bear the loss and suffering."

Maïssa Bey's novel has stirred up a great deal of intensive discussion in Algeria since its publication in May 2010. The writer wants to see the laws and decrees on national reconciliation reviewed and re-examined.

Without an honest reappraisal of the past there can be no democratising process in society or in the political structures. "We will never achieve anything in Algeria until we get the truth out into the open and begin acknowledging facts," says Bey. "This is something that has to involve everyone: victims, perpetrators, those politically responsible for the violence and the authorities who have imposed a total blackout on the lives of hundreds of thousands of families."

How can we hope to create a state governed by the rule of law if those who rob, terrorise and even murder other people are allowed to get away with it, she asks. "How can we expect such people ever to develop an understanding of what law is?"

The need to come to terms with the terror of the 1990s is something that many in Algeria are now demanding as they take to the streets to protest for greater freedom, democracy and social justice. Others are sceptical. But the brutality, which the overwhelming police presence has used to quell the demonstrations, has raised fears that history – revolution, election, coup and violence – may perhaps be about to repeat itself. 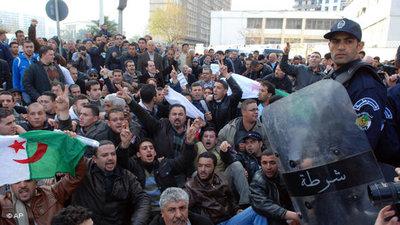 In Algeria, there is fear that a revolution could again end in chaos and violence. "But," says Bey, "I believe that Algeria has learned from the experiences of the 80s and 90s. The Algerians now know that Islamism is not the answer"

​​Despite the serious social injustice, the corruption and the conspicuous lack of communication between the powers that be and the people, it seems that many Algerians prefer to stick with the fragile stability represented by President Bouteflika. "There is, of course, fear that a revolution could again end in chaos and violence," says Bey. "I have heard many people from my own neighbourhood talking like this. But I believe that Algeria has learned from the experiences of the 80s and 90s. The Algerians now know that Islamism is not the answer. This is a realisation that puts us a stage ahead of other revolutions in the Arab world."

The road to democracy in Algeria will be a long and difficult one, the writer says. The country will need time, and there will be setbacks. She does not, however, expect any great help to come from Europe. It is preposterous, she thinks, that European politics kept quiet for so long about the dictatorships on the southern shore of the Mediterranean.

"It is really bizarre that Europe is only now wakening up. I find this absolutely intolerable," she declares angrily. As an Algerian citizen, I can tell you that we didn't need any Wikileaks to tell us what was going on. Everybody knew that the Arab leaders were illegally amassing large fortunes for themselves and allowing their people to suffer. How can it be that this Europe, that so prides itself on its ideals of human rights and liberty, kept so quiet for so long, and only opened its mouth after the people themselves had risen?"

The Europeans are so sure that democracy is a civilising value that belongs essentially to Europe, Bey explains. "The Arabs, on the other hand, they are, allegedly, just tribal societies where people bite off one another's noses. We intellectuals expect nothing more from Europe. I think it is too late for that."

Europe, then, will continue to put its own interests above the ideals of democracy and human rights. But, for all that, Maïssa Bey is cautiously optimistic. She believes that, given time, the men and women of Algeria can work together to create a democratic society.

Obituary: Hamid Skif
A Life Dedicated to the Excluded
Throughout his life, author Hamid Skif always spoke out on behalf of those who had no advocate. In the 1990s, the committed and active writer was forced to flee his native home, Algeria. The exiled intellectual and Qantara.de contributor died recently in Hamburg only a few days before his 60th birthday. Regina Keil-Sagawe looks back on his life

Yasmina Khadra
Love and Nostalgia in Times of War
In Yasmina Khadra's new novel, years of unfulfilled desire between a French woman and an Algerian man reflect the dramatic relationship between the Occident and Orient; two worlds that bring so much suffering upon each other yet struggle so desperately for reconciliation. A review by Volker Kaminski

Interview with Werner Ruf
"Algeria is a Thoroughly Corrupt Country
Do the violent protests in Algeria pose a serious threat to the government of Abdelaziz Bouteflika, as some political observers believe? Loay Mudhoon spoke to Algeria specialist Werner Ruf about the roots of the current unrest and the desperate economic state of the North African nation

END_OF_DOCUMENT_TOKEN_TO_BE_REPLACED
Social media
and networks
Subscribe to our
newsletter