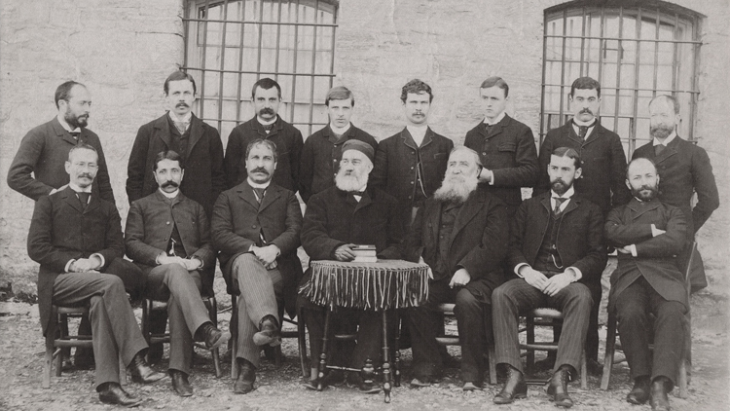 Portrait of the Orientalist Friedrich Schrader

One of Turkey's Germans

The orientalist and journalist Friedrich Schrader was one of the first and most active cultural mediators between Germany and Turkey. Today, the founder of the "Osmanischer Lloyd" has been largely forgotten. By Ceyda Nurtsch

Constantinople, 19th November 1918: fat-bellied ships move through the cold fog that lies over the Bosphorus. Their Union Jacks make it abundantly clear to the world that "the sick man of the Bosphorus" has been vanquished, along with his allies, the German Empire and Austria-Hungary. The new masters of the mouldering Ottoman empire are England, France and Italy.

The population of Constantinople, as Europeans still called Istanbul in the 19th century, had come out into the streets to celebrate Turkeyʹs entry into the war, euphoric and waving brightly-coloured flags. But for many of them war and defeat ultimately meant only suffering, displacement, expulsion and even annihilation. It also meant the first death of Constantinopleʹs unusual cosmopolitan society and the legendarily vibrant quarter of Pera.

The end of the war also brought a fateful change for the many thousands of Germans who had made their home in the colourful mix of nationalities on the banks of the Bosphorus. When the victorious British feared that Germany might exert its influence there, they ordered the expatsʹ deportation. The Germans were forced to leave their "Kospoli", as some of them affectionately called their new home city. It was the end of the first chapter of the German presence on the Bosphorus. 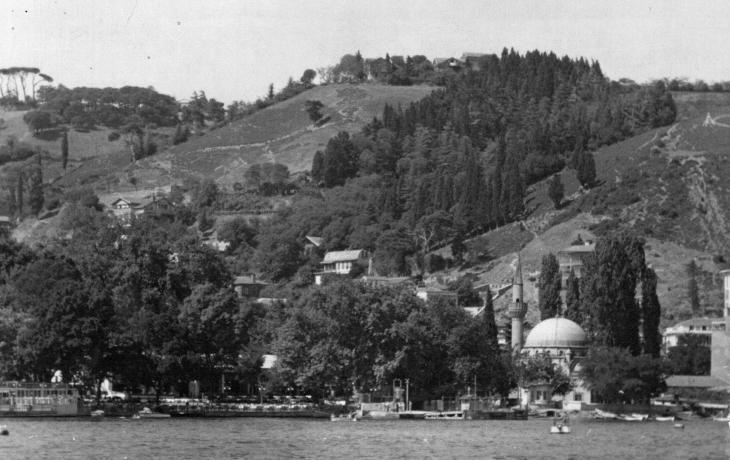 Forced to leave their idyllic "Kospoli": founder and editor of the "Osmanischer Lloyd" newspaper, Friedrich Schrader, was one of the many thousands of German expats expelled from Istanbul by the British after the First World War. In 1919 he fled from Istanbul to Berlin via the Ukraine, and died in 1922, the year the Ottoman Empire fell

One of these "Turkeideutschen" (Turkey Germans), as they called themselves, was the Orientalist and journalist Friedrich Schrader. Born in 1865 in Sachsen-Anhalt, he studied philology, oriental studies and art history before taking a doctorate in Indology.

He moved to Istanbul in 1892 to teach German language and literature at the American Robert College. There, he lived in Bebek, at the time a neighbourhood with hardly any development on the European side of the Bosphorus, with his first wife, Pauline and his son, Wolfgang. After Paulineʹs death in 1902, she was buried in the Protestant cemetery in Ferikoy and Schrader married Fannitsa, a Bulgarian Jew by birth.

Home
Print
Newsletter
More on this topic
Turkish literature: Gloriously resurrecting a bygone Istanbul''Fetih 1453'' and the conquest of Constantinople: National Golden-age narratives of the Ottoman periodWorld music from Istanbul: Ambassadors of peace
Related Topics
History of the Near and Middle East, Travels in the Orient
All Topics

Germany is often lauded for its atonement for its Nazi past. Yet the country upheld the structures that allowed – and allow – racism to flourish and Germanness to be intertwined ... END_OF_DOCUMENT_TOKEN_TO_BE_REPLACED

Five years after the Joint Comprehensive Plan of Action was concluded, it is on life support, following the US's reinstatement of sanctions and Iran's return to enrichment ... END_OF_DOCUMENT_TOKEN_TO_BE_REPLACED

Mikhal Dekel’s father was part of a contingent of Jewish children who went on an odyssey from Poland to Iran as a result of the Holocaust. Dekel has now written a book exploring ... END_OF_DOCUMENT_TOKEN_TO_BE_REPLACED

The protests against police violence in the USA have triggered a discussion in Germany about discrimination, immigration and the country's image of itself. Why are people who do ... END_OF_DOCUMENT_TOKEN_TO_BE_REPLACED

Journalist Michel Abdollahi was born in Tehran in 1981 and moved to Hamburg in 1986. His big breakthrough came with his television documentaries on social issues such as ... END_OF_DOCUMENT_TOKEN_TO_BE_REPLACED

END_OF_DOCUMENT_TOKEN_TO_BE_REPLACED
Social media
and networks
Subscribe to our
newsletter