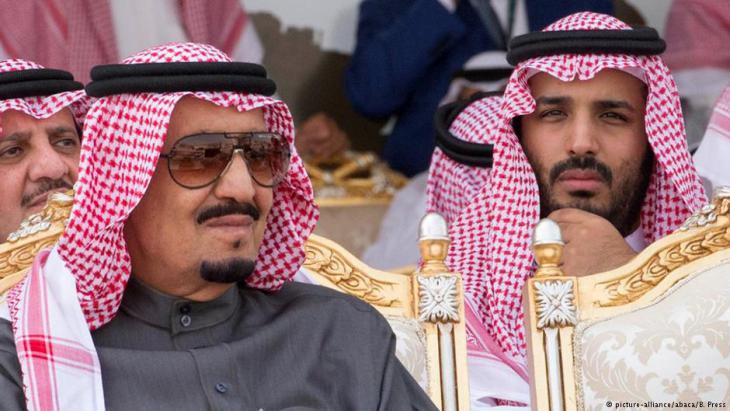 With an unprecedented wave of arrests, the young Saudi Crown Prince Mohammed bin Salman is trying to consolidate his power in the country. But he is making some dangerous enemies. An analysis by Karim El-Gawhary

It was Saudi Arabia′s night of the long knives and its consequences will likely be dramatic. With an unprecedented wave of arrests last Saturday night, the young Saudi Crown Prince Mohammed bin Salman is attempting to consolidate his power in the country.

During the wave of arrests, the airport was closed for private planes. This was obviously intended to prevent some of the princes from fleeing. On Saturday night, the Ritz Carlton Hotel in the capital city of Riyadh was evacuated, accompanied by rumours that the apprehended princes were to be placed under house arrest there.

Shortly before the arrests, Crown Prince Mohammed bin Salman set up a new anti-corruption committee with himself at the head. The committee is invested with the power to review every Saudi citizen and, if deemed necessary, to arrest him, freeze his assets and ban him from travel.

But what is happening in Saudi Arabia is only superficially related to corruption charges. Rather, the Crown Prince, who only attained his title this year, is trying to do away with any competition or opposition to his policies. 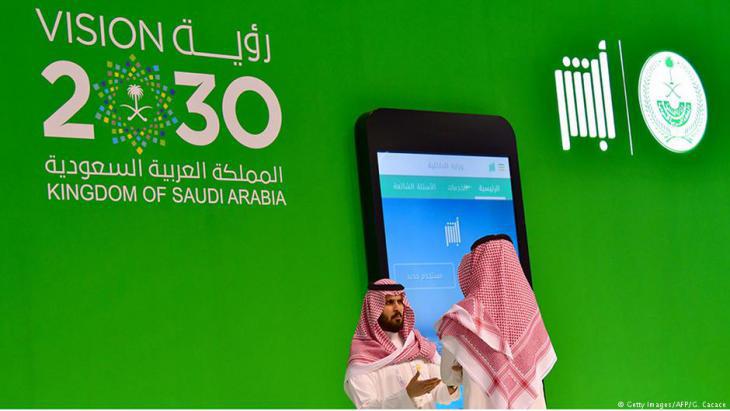 Bombastic business plans: Crown Prince Mohammed bin Salman used ″Vision 2030″ to present his ambitious economic ideas These include the construction of ″Neom″, a new mega-city. The development will cover 26,500 square kilometres and take in territory belonging to Saudi Arabia, Egypt and Jordan. Ideally – so the prince hopes – it will become a hub for cutting-edge future technologies, for the energy and water sectors, not to mention the entertainment industry

Many of those arrested are considered critics of either his economic and social reforms or his aggressive foreign policy. On the domestic front, the Crown Prince has caused a stir over the last few months by allowing women to drive and also issuing a directive that they should be permitted to visit sports stadiums. He is also planning comprehensive economic reforms, such as the partial privatisation of the state-owned oil company Aramco.

But the reforming image he likes to cultivate is just one side of Mohammed bin Salman; when it comes to foreign policy, the Crown Prince is an absolute daredevil and a hardliner. He is the architect of the war against Yemen, which has produced one of the greatest humanitarian disasters in the world at the moment. Moreover, he has instigated a dispute with the neighbouring Gulf State of Qatar – while also switching to an unprecedented collision course with Iran.

A soft coup by the Crown Prince

Within his own country, these tactics have not only won him friends. Although many applaud his social reforms and his attempt to make the country less dependent on oil production, others are suspicious of his meteoric ascent, regarding him as a power-hungry and inexperienced successor to the throne.

Knowing this full well, the Crown Prince has now safeguarded himself from potential unwelcome interference by the Saudi security apparatus. By dismissing Mutaib bin Abdullah, head of the National Guard, he has brought the Saudi praetorian guard under his control – a soft coup by the Crown Prince designed to prevent a major coup against his own person. 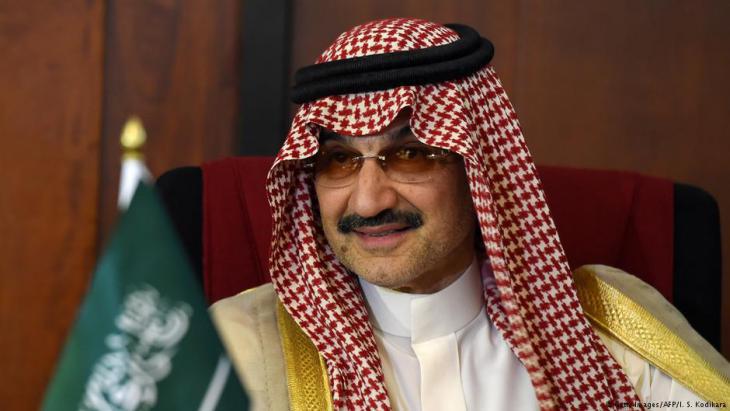 Politically ditched: even the wealthiest man in the Arab world, Prince Al-Walid bin Talal, has been arrested. He owes his riches to an extensive property empire. Among others, his "Kingdom Holding" owns numerous luxury hotels, such as the George V in Paris or the Savoy in London

For two years, Bin Salman has held the office of Minister of Defence – and since the beginning of 2017, he has been Minister of the Interior as well, having ousted Prince Mohammed bin Najef and placed him under house arrest. Bin Salman has thus amassed a never-before-known monopoly on power in Saudi Arabia.

But a reaction is inevitable. Among the arrested princes are a few economic heavyweights such as Walid bin Talal, whose fortune is estimated at 36 billion dollars. Through his investment company Kingdom Holding he has major shareholdings in Citigroup, Four Seasons Hotels and even Twitter. Thus, the shock waves of the Saudi arrests won't take long to arrive on the international stock markets.

The fact that the billionaire Walid bin Talal owns a media empire, known as Rotana, may also have played a role in his arrest. Apart from him, two other princes who are media moguls were arrested: Walid Al-Brahim (Middle East Broadcasting Centre, MBC) and Saleh Kamel (ART). The Crown Prince evidently wants to prevent the Saudi media from getting in his way.

The events in Saudi Arabia can be described without exaggeration as a political earthquake. They stand everything on its head that was previously regarded as beyond question in the desert state. There were once two golden rules governing the power of the Saudi royal house. For one, the ultra-conservative Wahhabi sheikhs have traditionally allowed the House of Saud to run the ideological and religious superstructure behind their own power. This symbiosis between religion and power has just come to an end. 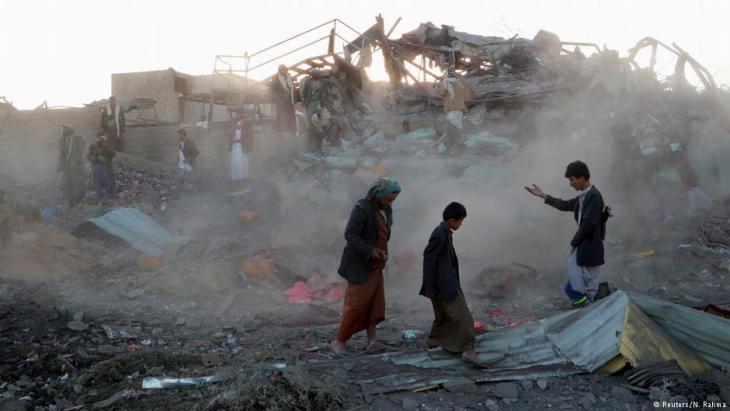 War-mongering on numerous regional fronts: those critical of the Saudi royal family, regard the Crown Prince as the architect of the war against Yemen, which has produced one of the greatest humanitarian disasters in the world at the moment. Moreover, he has instigated a dispute with the neighbouring Gulf State of Qatar – while also switching to an unprecedented collision course with Iran

In particular with his reforms granting women more rights, the Crown Prince has broken with at least a portion of the religious establishment. The representatives of that establishment have thus far remained silent, but it is surely only a matter of time before they try to strike back.

The second golden rule was that, although Saudi Arabia has a king, he is not in reality an absolute ruler. The previous kings have always sought a broad consensus within the House of Saud for any major decision.

But now Mohammed bin Salman has openly declared war on part of that house. This is an absolute first in the history of Saudi Arabia.

The Crown Prince has opened up a number of regional fronts and intensified the confrontation on others: against Iran, against neighbour Qatar and against the southern neighbour Yemen. Thus, for the first time, the Saudi Crown Prince no longer has the backing of the religious establishment, formerly one of the main supporters of the royal house.

And now he has also entered the arena against members of his own family. With his political purge at home, he is taking a very high risk. He may just have created more enemies in a single night than he can handle.

Arab youth express their hopes and wishes for the New Year, spanning everything from civil and political rights, to education, to arts and culture. By Rafiah Al Talei END_OF_DOCUMENT_TOKEN_TO_BE_REPLACED

With World Cup 2022 around the corner, Qatar has embarked on a campaign to clean up its school system. Distracting from grievous shortcomings in other areas by highlighting a ... END_OF_DOCUMENT_TOKEN_TO_BE_REPLACED

Moncef Marzouki was Tunisia's first democratically elected president after the fall of dictator Ben Ali. Today he is the most prominent critic of increasingly counter- ... END_OF_DOCUMENT_TOKEN_TO_BE_REPLACED

Asef Bayat, professor of Sociology at the University of Illinois, Urbana-Champaign, has been studying revolutions and how they affect people since 1979. In his recent book, " ... END_OF_DOCUMENT_TOKEN_TO_BE_REPLACED

The catastrophic human rights situation in Bahrain is being largely ignored by the rest of the world. Despite all the damning evidence, which includes a Human Rights Watch report ... END_OF_DOCUMENT_TOKEN_TO_BE_REPLACED

The city of Marib is the most important place of refuge in Yemen for those displaced in the country. But fighting between Houthi rebels and government troops is currently ... END_OF_DOCUMENT_TOKEN_TO_BE_REPLACED
Author:
Karim El-Gawhary
Date:
Mail:
Send via mail

END_OF_DOCUMENT_TOKEN_TO_BE_REPLACED
Social media
and networks
Subscribe to our
newsletter