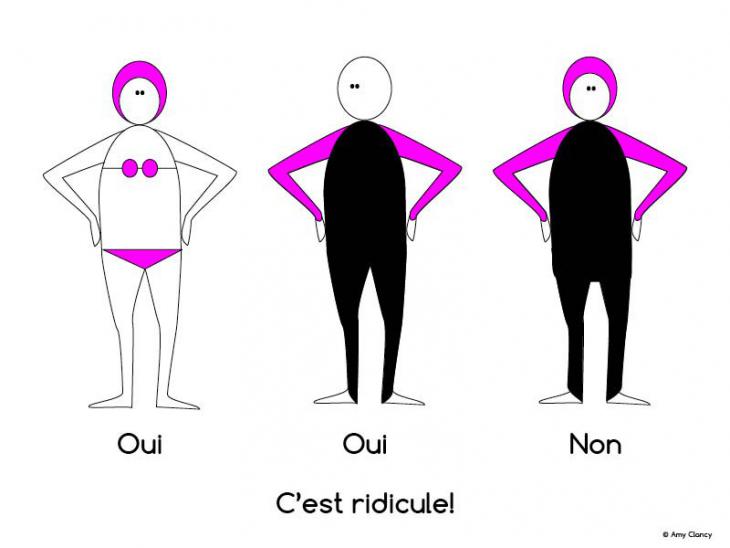 Nicholas Sarkozy says he will impose a nationwide ban on burkinis if re-elected to the presidency in 2017, positioning himself as a strong defender of French values and tough on immigration. Taking a hard line on the burkini debate that has agitated France over recent weeks, Sarkozy said that the full-body swimwear should be banned from beaches across the country.

″I refuse to let the burkini impose itself in French beaches and swimming pools … there must be a law to ban it throughout the republic′s territory,″ he said to wide applause.

Najat Vallaud-Belkacem, one of the Socialist government′s leading feminist voices, told Europe 1 radio that the proliferation of burkini bans was not welcome and had ″let loose″ verbal racism.

″My dream of society is a society where women are free and proud of their bodies,″ said Vallaud-Belkacem. She warned that with tensions high after a series of terrorist attacks claimed by the Islamic State, ″we shouldn′t add oil to the fire″ by banning burkinis.    (The Guardian)

Decades after the first French nuclear test in Algeria, thousands of victims are still waiting for compensation. To date only 51 claims have been filed under French legislation ... END_OF_DOCUMENT_TOKEN_TO_BE_REPLACED

The 2015 Joint Comprehensive Plan of Action with Iran is in jeopardy. European governments should use the JCPOA’s dispute-resolution mechanism both to pursue immediate measures to ... END_OF_DOCUMENT_TOKEN_TO_BE_REPLACED

Having seen a sharp decline in its influence in Tunisia and Algeria, France is eyeing China and Spain’s growing economic presence in Morocco with concern. Is Paris about to lose ... END_OF_DOCUMENT_TOKEN_TO_BE_REPLACED

With "Assad or We Burn the Country", Sam Dagher has furnished the world with some genuine ammunition against the Syrian regime's on-going campaign of disinformation. The only ... END_OF_DOCUMENT_TOKEN_TO_BE_REPLACED

Islamist attacks such as those that took place in Paris this last autumn evidence a new kind of perpetrator. In place of individual terror organisations, networks appear to have ... END_OF_DOCUMENT_TOKEN_TO_BE_REPLACED

END_OF_DOCUMENT_TOKEN_TO_BE_REPLACED
Social media
and networks
Subscribe to our
newsletter