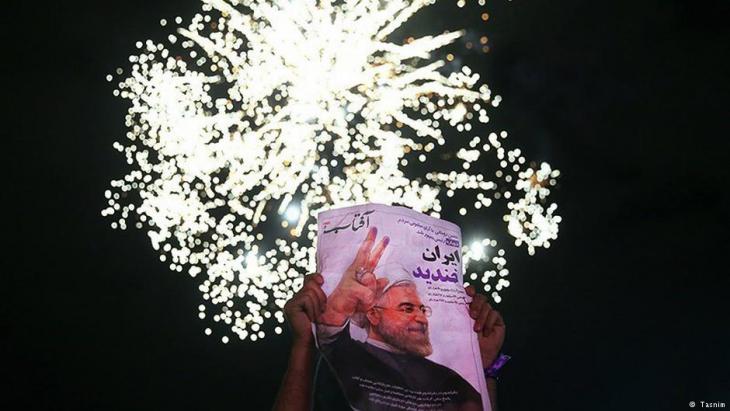 With the latest presidential election result, Iranians have sent a clear message across the nation and to the world at large. Their voices should be heeded, writes Ali Sadrzadeh in his commentary

The first individual who should take this message to heart is the most powerful man in Iran, Ayatollah Ali Khamenei. His favourite, Raisi, lost spectacularly, although he had everything going for him: money, guns and a propaganda machine. Raisi controls the Razavi Foundation, the largest business conglomerate in the Middle East. He had the omnipotent Revolutionary Guards on his side, along with the mighty Basij, the voluntary militia. All of the Friday preachers endorsed Raisi, along with the state-controlled radio and television stations.

But Raisi still lost – and, with him, Khamenei, who wanted to dictate the goal of the whole exercise: to get back to the roots of the Islamic Revolution and strengthen the battle against the West. The Iranians are no longer interested in such slogans, though – in particular the country's youth. Born after the revolution, they are children of the 21st century and part of the Internet generation.

Rouhani understands what this means for policy-making and has repeatedly promised to fight for more openness, both within the country and in its foreign relations. "The more of you who go to the polls, the more I will have a free hand to open things up," he said during his campaign.

And his voters in fact stormed the polls, in such huge numbers that voting hours had to be extended three times in some places. Polling stations stayed open until midnight, but many voters nonetheless found themselves standing outside closed doors. Rouhani owes his victory to a record voter turnout, nationwide over 70 percent and in some provinces even over 90 percent. 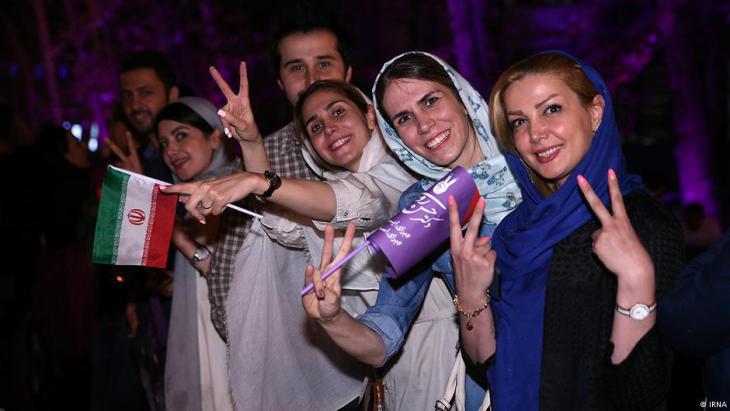 Confrontation with the hard-liners looming: Iranians seeking greater freedom and a country that is no longer a pariah state have elected President Rouhani for a second term. Nevertheless, the arch-conservative clerics and the Revolutionary Guards, the latter controlling large swathes of the Iranian economy, remain critical of the 68-year-old′s attempts at reform. Experts fear that this faction could lash out as its influence begins to shrink. Rouhani′s clear victory in mostly down to his promise to create more economic benefits for the young, to ensure social justice, increase civil liberties and encourage greater political tolerance

Rouhani is thus the second person who needs to heed the message sent by the populace. In his second term, his voters expect a real opening: of the locked prison gates, the blocked Internet sites and the obstructed channels for foreign investors.

The outcome of the election also sends a clear message to those who did not come out to vote. Namely, that the majority of Iranians want to use the ballot box to achieve political change – even if it only proceeds in small steps.

The first person abroad who should pay close attention to the message coming out of Iran is U.S. President Donald Trump. Trump, who – whether by coincidence or not – spent the day of the Iran elections in Saudi Arabia, must finally begin to realise that more pressure and more sanctions lead only to more radicalism. Trump however is mainly after a "good deal" with the Saudis and earning at least a hundred billion dollars with his trip to Riyadh.

Drought and upstream water diversions have seen the Zayandeh Rood, "fertile river" in Persian, run dry since 2000, with only rare exceptions. The famed river bridges of the ... END_OF_DOCUMENT_TOKEN_TO_BE_REPLACED

Very different Western reactions to the suffering in Ukraine and the Arab world show that there is a profound rift among cultures. Essay by Michael Young END_OF_DOCUMENT_TOKEN_TO_BE_REPLACED

Since the government cut subsidies for food, prices in Iran have skyrocketed. Protests that broke out in Khuzestan province are now spreading across the Islamic Republic. By ... END_OF_DOCUMENT_TOKEN_TO_BE_REPLACED

United Arab Emirates strongman Sheikh Mohammed bin Zayed al-Nahyan, who was formally elected president on 14 May, has led a realignment of the Middle East, creating a new anti- ... END_OF_DOCUMENT_TOKEN_TO_BE_REPLACED

More than 800 Iranian filmmakers have signed a declaration against sexual harassment, coercion and violence in their industry. The public's response to their willingness to name ... END_OF_DOCUMENT_TOKEN_TO_BE_REPLACED
Author:
Ali Sadrzadeh
Date:
Mail:
Send via mail

END_OF_DOCUMENT_TOKEN_TO_BE_REPLACED
Social media
and networks
Subscribe to our
newsletter