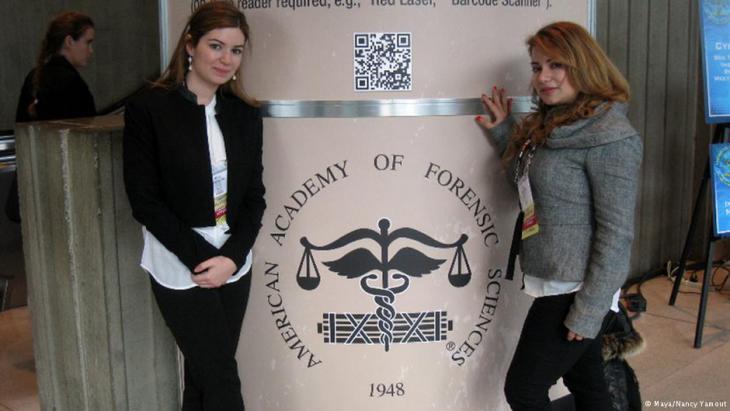 The world is horrified by the brutality of Islamic State (IS). Two young sisters are now doing what they can to prevent young Lebanese people from joining radical Islamist groups. By doing so, they are risking their lives. Juliane Metzker reports from Beirut

"We'll kill you, your sister and your whole family," threatens a prisoner. But even these attempts at intimidation have not stopped Maya Yamout from continuing her work in the notorious Block B of the high-security Roumieh Prison near Beirut where 160 terror suspects are incarcerated.

Maya Yamout and her sister Nancy wanted to find out why the men had joined Islamic State or other terrorist organisations. For two years, the two young women visited the prison almost every day to conduct interviews with the inmates for research purposes. At first, the most difficult task was gaining the prisoners' trust.

Radical Islamist groups recruit substantially fewer fighters in Lebanon than in Iraq or Syria. Nevertheless, Lebanese people are still losing their lives in the holy war of self-proclaimed Caliph Abu Bakr al-Baghdadi. One of them was the former law student Alaa al-Hosni, who was killed in Kobani. His death came as a great shock, but it was not the only worrying news for Lebanon: last year, in the port city of Tripoli, there were fierce clashes between radical Islamists and the Lebanese army.

In Tripoli, terror cells are forming in the conservative quarter of Bab al-Tabbaneh in particular, where radical Sunni sheikhs preach their distorted, ruthless version of Islam. The number of their followers may be low, but for Maya and Nancy, it is still alarming. 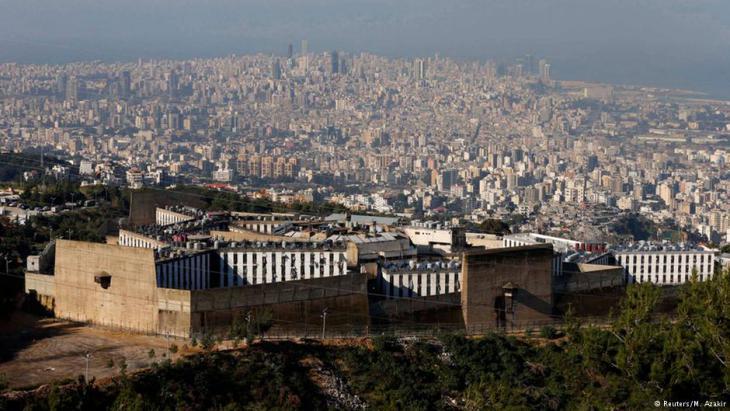 Recruiting ground for Islamist terrorism: Roumieh high-security prison near Beirut, Lebanon. Sisters Maya and Nancy Yamout managed to speak to 20 terror suspects there. Their aim was to discover why they had become radicalised

People are also being recruited in prisons, and so the sisters decided to question prisoners. "In Roumieh, terrorists are subjecting young men to brainwashing," claims Maya. She tells me about her encounter with an inmate from a poor background in Tripoli. When he was only 16, he was offered a hot meal in exchange for delivering explosives on behalf of a radical sheikh. He was caught and was later taken to Roumieh, where he was held for eight years without trial.

"When he was finally released, he called me and said he was going to join IS in Syria," says Maya. She holds the Lebanese justice system principally responsible for radicalisation in prisons, because trials for terror suspects are delayed for so long. This gives radical Islamist hardliners in prison plenty of time to win other inmates to their cause.

It was initially very difficult for the two young women to win the trust of a total of 20 terror suspects. To begin with, Maya and Nancy had to convince the so-called "emir" of the value of their research. There is always an emir. He is the leader of the prisoners in Block B, chosen by his fellow inmates as the person to represent their interests. The current emir is known by the alias Abu Walid. He comes from southern Lebanon and is a member of al-Qaida. Following a long conversation, he gave the sisters the green light to speak to the inmates in his block.

When there is no father figure

Maya und Nancy's goal was to find out what drives young people into the arms of the radical Islamists. Over and over again, they came across one particular pattern: "Most of the 20 people we questioned had no father figure to look up to. Their fathers had either died or had maltreated them as children," explains Nancy. She says that during their teenage years in particular, young people in this situation are easy to manipulate. During this time, when they are searching for identity and recognition, many of them find what they are looking for in a radical Islamist leader

Maya und Nancy offer therapy to young people between the ages of 11 and 16 in workshops at Lebanese schools. Most of them come from Syria and have seen a great deal of violence there. In many cases, they have often been the victims of violence themselves.

"The terrorists we interviewed in Roumieh had also been constantly confronted with violence as children. We compare their experiences with those of the young people in the workshops. This juxtaposition allows us to see who is at risk of radicalisation," says Nancy. The sisters then work with these young people's families to develop a kind of road map for their future. These road maps take the young person's career ambitions into account and encourages them in their efforts. Their organisation is called "Rescue me!" The name reflects the aims of the programme. The sisters are obviously successful in their personal fight against terrorism. 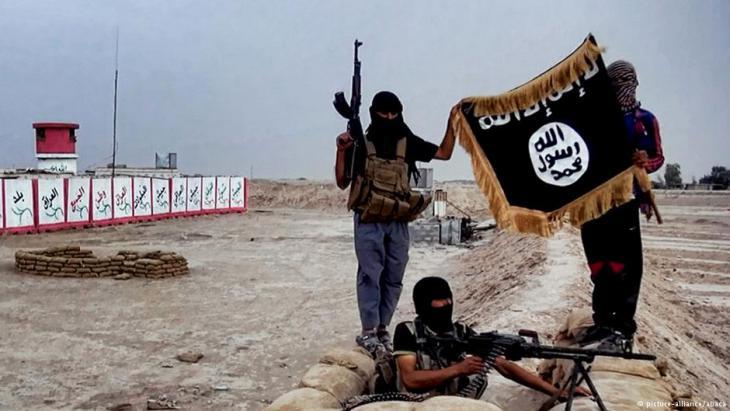 Lack of funding for the fight against terrorism

In one of their workshops, they gave therapy to a boy who was apparently just about to join an IS children's training camp. He told Maya how IS trains children to become fighting machines: "An IS fighter gave him a gun. He ordered: 'shoot at a stone!' The boy pulled the trigger. After that he was supposed to kill a cat. The next step would then be to shoot at a lifeless body and, at the end of the training period, to kill somebody."

While talking to the boy, the sisters discovered that he wanted to become a journalist. For this reason, they gave him the opportunity to attend a seminar on journalism. When he did, he was no longer interested in joining IS. "We prevented him from killing innocent people. That was worth more than all the money in the world," says Maya, with a beaming smile.

They want to help a lot more people with "Rescue me!", but up until now, this has not been possible due to a lack of funding. "We need support. We're ready to throw our weight behind the fight against terrorism globally," says Nancy.

In order to show how serious they are about this, Maya displays a photo on her smartphone. It shows a young man with a beard and a Kalashnikov. He is an IS martyr. As she looks at it, her hands tremble: "My sister and I are doing this work because friends of ours have joined these groups. We want to carry on because we've seen enough tears."

Home
Print
Newsletter
More on this topic
Recruitment strategies used by Islamic State: A mutation of religion"Women of the Islamic State": Prisoners of a barbaric systemInterview with the Islam scholar Lamya Kaddor: Jihad as a form of youth protestGerman jihadists: Turning their backs on the WestInterview with Matenia Sirseloudi: What drives young people to jihad?
Related Topics
'Islamic State' | IS, Al-Qaida, Islamism | Political Islam, Jihadism | Jihadists, Radicalisation
All Topics

Today's in-fighting over the composition of the country's next cabinet is part of a larger battle for a new political settlement. The financial crisis poses a mortal danger to the ... END_OF_DOCUMENT_TOKEN_TO_BE_REPLACED

The upheavals of the past year in the MENA region are arguably as momentous as those of the Arab Spring in 2011. Yet perhaps the biggest difference is that our interest seems to ... END_OF_DOCUMENT_TOKEN_TO_BE_REPLACED

Beirut usually sparkles and dazzles at Christmas time. This year, marked by major protests, however, everything has been turned on its head: there is a distinct lack of Christmas ... END_OF_DOCUMENT_TOKEN_TO_BE_REPLACED

In the heart of Beirut's manicured downtown, something is stirring in a bullet-pocked concrete shell of a building known as "the Egg": the visually unappealing Egg has advanced to ... END_OF_DOCUMENT_TOKEN_TO_BE_REPLACED