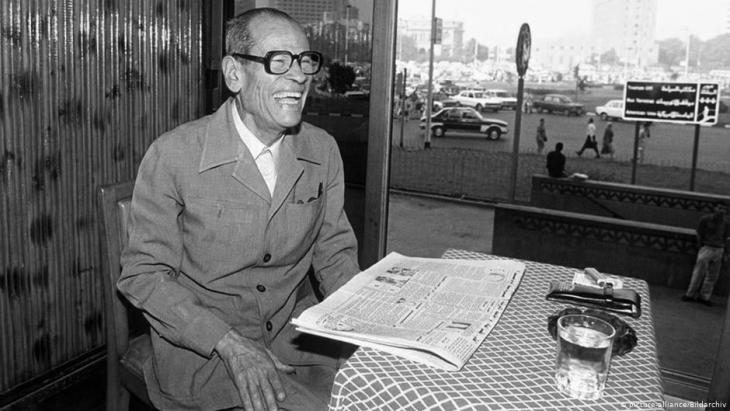 Last year, Egyptian critic Mohammed Shoair made an unusual and thrilling announcement: the discovery of never-before-seen stories by Egyptʹs only Nobel laureate for literature, Naguib Mahfouz. Filed in a cardboard box in the possession of Mahfouzʹs daughter, this slender trove of texts has now yielded "The Quarter". By Marcia Lynx Qualey

In fact Shoair made a number of intriguing discoveries. His first was in that dusty cardboard box. Inside, he found a folder with a note in Mahfouzʹs handwriting, suggesting the pieces within should be published in 1994.

Yet 18 of those works had never been released. It is unclear why, although we can guess: 1994 was the year of Mahfouzʹs near-fatal stabbing by a radicalised young engineer. After the attack, Mahfouz lost the use of his writing arm. His brief final works were dictated to others.

We canʹt know what Mahfouz intended to do with the fictions collected into The Quarter. He might have considered them complete and ready for publication, or they might have been the seeds of a new novel. But Shoair, who saw the masterʹs hand in them, encouraged Mahfouzʹs daughter to publish.

Fans of Mahfouzʹs best-known work, The Cairo Trilogy, might be surprised by The Quarter. Mahfouz is often represented as “the Egyptian Balzac” or, a bit ridiculously, “the Egyptian Dickens”.

But he was not only the author of the Trilogy. He was also the author of genre experiments, allegorical works, and studies in perspective. Toward the end of the twentieth century, Mahfouz was paring down his rich visual and psychological landscapes. His fictions grew progressively less about the material world, and more about the unseen. 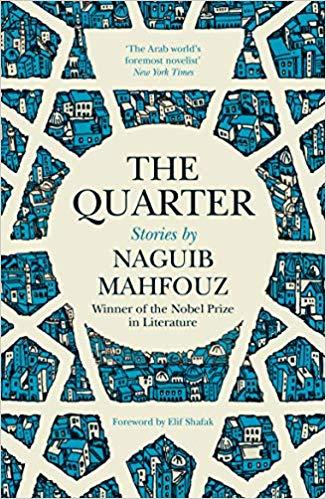 Part folktale, part Sufi koan: this new folio of interconnected stories very much fits Mahfouzʹs later experiments. There are no sophisticated characters in "The Quarter". There is no self-reflective Kamal Abd Al Jawwad, nor a guilt-ridden Mansour Bahi. Geographical and historical specificity disappear – we are in ʹthe Quarterʹ

This new folio of interconnected stories is very much part of Mahfouzʹs late experiments. There are no sophisticated characters in The Quarter. There is no self-reflective Kamal Abd Al Jawwad, nor a guilt-ridden Mansour Bahi. The geographical and historical specificity disappear. We are in "the Quarter", but there is no particular Egyptian landmark or well-known event.

Indeed, the stories in The Quarter – part folktale, part Sufi koan – are anti-national in outlook. There are bigger places outside the Quarter: Europe, Zamalek… and wherever the Health Inspector comes from. But the Quarter is not tied to a national or regional history.

At the end of the collection, Saqi editors have slipped in Mahfouzʹs Nobel acceptance speech. Although Mahfouz didnʹt give this 1988 talk in person, it illuminates the aspirations of The Quarter. The speech gives a nod to the Nobel while also provincialising it.

Although Mahfouz did not like to travel, his speech is deeply international, throwing light on the injustices of both apartheid South Africa and Palestine.

The works in The Quarter, presumably written between 1988 and the attack in 1994, feed off this universality. They also abandon many Western genre conventions. Time is out of joint, disasters come from nowhere, and events are almost never logically explained.

The first story, "The Oven", is framed like a moral allegory. It opens: "The disaster had happened."

The disaster in question is an elopement: a wealthy merchantʹs daughter runs off with the bakerʹs son. We know what the neighbourhood thinks: "Down every alleyway, at least one good heart expressed disbelief[.]" But we donʹt know what Ayousha, Zeinhum, or their parents feel about it.

In folktale fashion, the shamed merchant falls on hard times and his daughter returns to save her family from financial ruin. Yet the story doesnʹt end in sentimental reconciliation. Instead, the end belongs to the Quarterʹs two central authority figures: the "Head of the Quarter" and the "mosque Imam". They step on stage to give their opinions, like narrators at the end of a play. The Head remarks that there is "no need" to forgive the girl, because sheʹs come in time. Mercy is thus granted not because of her actions, but because she arrived "at just the right moment."

Abortions are illegal in Egypt unless they are necessary to save a married woman's life. But that doesn't stop local women from having one. Egyptian society needs to acknowledge ... END_OF_DOCUMENT_TOKEN_TO_BE_REPLACED

Food prices doubled, salaries halved, banks restricting withdrawals: Egyptians now have the same problems as the Lebanese. But if things get worse here, the fallout will be far ... END_OF_DOCUMENT_TOKEN_TO_BE_REPLACED

Giessen, Eichsfeld, Kusel, Berlin – cars bearing old German number plates are the latest trend on the streets of Cairo. Many Egyptians regard the discarded plates as chic. What ... END_OF_DOCUMENT_TOKEN_TO_BE_REPLACED

Egyptian Sufis have been on the defensive against the country's Islamists for decades. Meanwhile, interest in mysticism is growing among the young members of Cairo’s middle and ... END_OF_DOCUMENT_TOKEN_TO_BE_REPLACED

Chinese President Xi Jinping's visit to Saudi Arabia in December 2022 may have rattled Washington, but it simply highlighted the Arabs’ desire to diversify their foreign relations ... END_OF_DOCUMENT_TOKEN_TO_BE_REPLACED

END_OF_DOCUMENT_TOKEN_TO_BE_REPLACED
Social media
and networks
Subscribe to our
newsletter