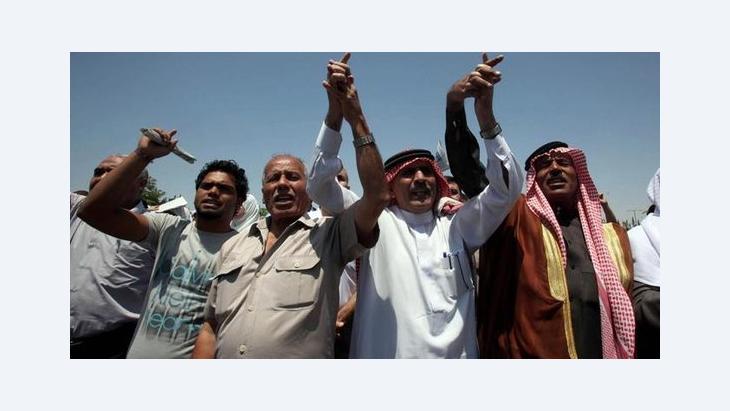 Protests in Jordan
A Small Kingdom with Big Problems

﻿While the eyes of the world are fixed on the escalating violence in Syria, across the border in Jordan, the country's ongoing economic problems threaten to trigger a full-blown political crisis. Dissatisfaction among the population is growing, and criticism of the king is getting louder. Nader Alsarras reports

Tiny Jordan, previously regarded as having one of the most stable regimes in the Middle East, has not been left untouched by the upheaval of the Arab Spring. Although the ruling royal family has not been overthrown, the country has experienced violent protests against rising food and energy prices, growing poverty, unemployment, and a steadily widening gap between rich and poor.

King Abdullah II has come under pressure to act. Since February 2011, he has changed the government four times and promised comprehensive reforms. Yet the Muslim Brotherhood continues to call for protests after Friday prayers and has demonstrated for social justice and against massive price hikes.

Above all, the brotherhood is demonstrating against what it sees as a weak government that cannot get a grip on the country's serious economic problems. The chronic deficit in the state budget, for instance, has climbed to around 4 billion US dollars – a gigantic problem for this small Arab country.

The government has attempted to fill the holes in the budget with further price increases. In early September, it decided on an immediate hike in the price of petrol of up to 10%. It didn't take long for protests to materialize. Hundreds of demonstrators, primarily members of the Muslim Brotherhood, poured onto the streets of the capital Amman and other cities, loudly demanding the resignation of the government of Fayez Altarawnah. Anger on the streets was also directed against the king. Until now, questioning his rule over the 6.2 million Jordanians has been taboo; a "red line" never to be crossed.

Gains for the Muslim Brotherhood 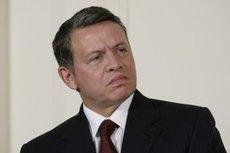 The "red line" has been crossed: despite the fact that protests against the king were peaceful, security forces used tear gas to break up recent demonstrations

​​The Muslim Brotherhood, whose political wing goes by the name of the Islamic Action Front, not only blames the government for the record budget deficit, it also accuses the king of not fighting corruption decisively enough. Instead, it says, he is all too willing to comply with the demands of the World Bank.

According to the Muslim Brotherhood, the increase in prices for petrol and diesel is a government reaction to the demands of the World Bank to reduce state subsidies. According to a high-ranking party functionary of the brotherhood speaking at a recent demonstration in Amman, while the government obeys external influences, true legitimacy rests with the people.

Until now, the regime has tolerated the growing wave of protests. Nevertheless, the monarch is an inviolable figure in Jordan; his right to rule cannot be called into question in any way. For this reason, the slogans chanted by demonstrators at the weekend in the city of Tafila (180 kilometres south of Amman) and even in the capital itself came as great surprise. These slogans were directed at the king and his Palestinian wife, Rania. The "red line" has been crossed. The security forces reacted swiftly, breaking up the demonstrations with tear gas and arresting a number of activists.

This new dimension to the protests in Jordan is reminiscent of the early days of the Arab Spring in Tunisia. There, the initial wave of protests against unemployment, corruption and social inequality quickly developed into a mass movement that forced the country's long-reigning dictator Ben Ali to flee and ushered in democratic change.

Whether events will take a similar turn in Jordan remains unclear. Whatever happens, King Abdullah II appears to have recognized the dangers posed by the smouldering discontent of the people and the protests led by the Muslim Brotherhood against the government's economic policies: just two days after the introduction of the price hike on fuel, the king rescinded the order. 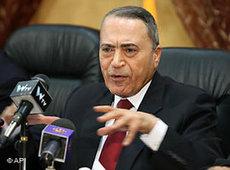 ​​Nevertheless, the king did not yield to the demand to dismiss the government. Experts doubt whether a new government would be able to solve the serious economic problems facing the country anyway. "It doesn't help to implement short-term solutions merely to improve growth and deficit figures for a brief time," said Ahmad Awad from the Phenix Centre for Economic and Informatics Studies in Amman. According to the economist, the Jordanian economy requires a long-term, sustainable economic policy that will create jobs that offer fair wages and thereby fight growing poverty in the country.

Jordan's ailing economy could quickly recover if it were to receive an infusion of capital from the rich Gulf states. What could also help is the over two billion dollars of credit that the World Bank has promised to give the kingdom if it abolishes state subsidies on basic food stuffs and energy by 2014.

But according to economic advisor Yusuf Mansur, this is not a long-term solution. "In order to break out of this misery, our country need a recognizable direction in its economic policies. It doesn't help when the minister for economics is changed every couple of months, and the new minister turns the government's economic policy on its head every time." Jordan needs a stable, democratically elected government and a strong parliamentary opposition, he says.

In the shadow of the Arab Spring

At present, however, nothing indicates that the government in Amman is making a serious effort to lead the country out of its long-term crisis and the dramatic developments in neighbouring countries have made the situation even worse. 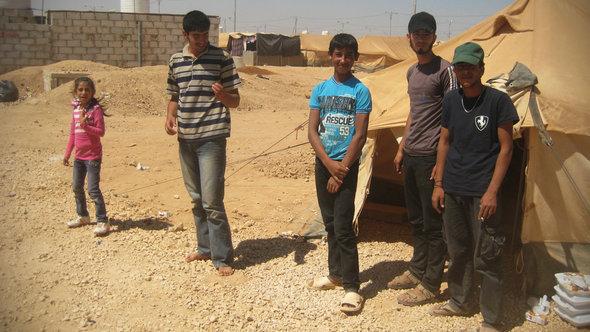 Refugees flood into northern Jordan: many Jordanians feel that in view of the country's continuing economic crisis, Jordan is not in a position to take on the growing number of refugees from Syria. According to the Jordanian government, approximately 200,000 people have fled Syria for Jordan so far

Experts warn of rising unemployment, especially among young people. They estimate the actual unemployment rate to be much higher than the official figure of 13 per cent for 2011. As a result, many Jordanians fear for their jobs and do not feel that their country is in a position to accept the growing number of refugees from Syria.

The economic experts Awad and Mansur share the view that the Arab Spring has done Jordan more economic harm than good. The unstable security situation in the region has led to a 60-per cent reduction in foreign investment in Jordan in 2011 alone. The effects are quite obvious, considering that Jordan lacks natural resources and is very dependent on imports from abroad. In addition, investments in 2010 were already at a relatively low level.

At the moment, the Muslim Brotherhood is making a great deal of political capital from the situation. After all, its wave of protests managed to stop the price hikes, which, in turn, won them broad-based support.

Despite the king's far-reaching political powers, this popular support has strengthened the brotherhood's determination to gain political influence and achieve fundamental constitutional reforms. It now intends to boycott the parliamentary elections planned for the end of the year. Viewed in this light, it seems as if the Muslim Brotherhood is attempting to stage its own little "Jordanian Spring".

Arab youth express their hopes and wishes for the New Year, spanning everything from civil and political rights, to education, to arts and culture. By Rafiah Al Talei END_OF_DOCUMENT_TOKEN_TO_BE_REPLACED

With World Cup 2022 around the corner, Qatar has embarked on a campaign to clean up its school system. Distracting from grievous shortcomings in other areas by highlighting a ... END_OF_DOCUMENT_TOKEN_TO_BE_REPLACED

Moncef Marzouki was Tunisia's first democratically elected president after the fall of dictator Ben Ali. Today he is the most prominent critic of increasingly counter- ... END_OF_DOCUMENT_TOKEN_TO_BE_REPLACED

Asef Bayat, professor of Sociology at the University of Illinois, Urbana-Champaign, has been studying revolutions and how they affect people since 1979. In his recent book, " ... END_OF_DOCUMENT_TOKEN_TO_BE_REPLACED

The catastrophic human rights situation in Bahrain is being largely ignored by the rest of the world. Despite all the damning evidence, which includes a Human Rights Watch report ... END_OF_DOCUMENT_TOKEN_TO_BE_REPLACED

The city of Marib is the most important place of refuge in Yemen for those displaced in the country. But fighting between Houthi rebels and government troops is currently ... END_OF_DOCUMENT_TOKEN_TO_BE_REPLACED
Author:
Nader Alsarras
Date:
Mail:
Send via mail

END_OF_DOCUMENT_TOKEN_TO_BE_REPLACED
Social media
and networks
Subscribe to our
newsletter