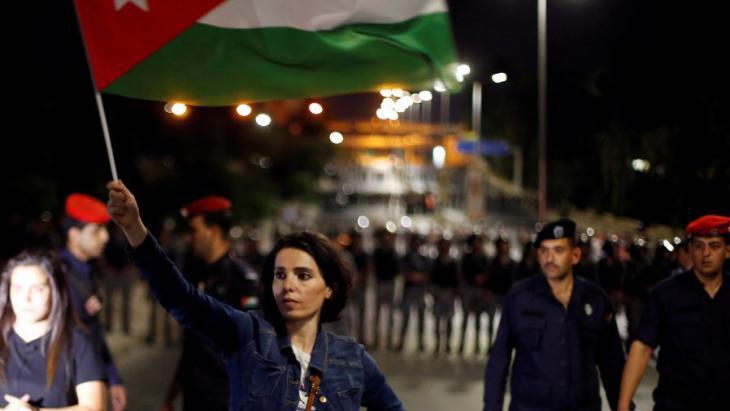 Last week thousands of people filled the streets of Jordan to protest about the countryʹs ongoing economic woes and the governmentʹs lack of accountability. Among them was Jordanian journalist Lina Shannak, who now hopes the new administration will bring about tangible change

Jordanʹs streets have witnessed widespread popular protests over the past week, sparked by proposed amendments to the income tax law, which would have increased the number of people required to pay tax. As people chanted in the streets, different voices, from analysts to government officials, blamed the refugees and regional circumstances for the deteriorating economic situation in Jordan, sending a message to the outside world that Jordan should not be left alone to deal with them.

As it happened, I was in the midst of the crowds of demonstrators, as a citizen and a journalist, at the Fourth Circle near the cabinet office building, and what I heard was very different.

There, I met representatives of the "marginalised", the shrinking “middle class", concerned citizens, and those who have belatedly woken up to the impact of the last strike and decided to speak out. We were all gathered in that spot. No-one called for the repatriation of the refugees.

I didnʹt hear a word about the refugees. Instead I heard cries such as "freedom", "weʹre not slaves" and "government of thieves". The protesters were demanding the same rights as their predecessors had done in the April 1989 demonstrations. Beginning in the southern city of Maʹan, those protests led to the return of democracy in Jordan after decades of martial law. 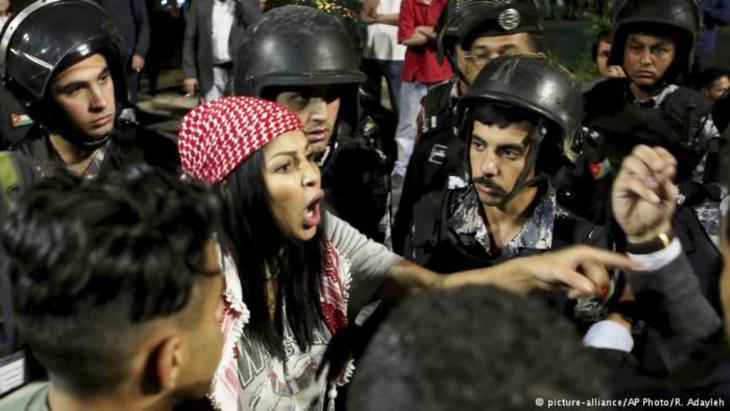 Jordanʹs royal family under pressure: for eight days, thousands of people protested against proposed tax reforms and a hike in petrol and electricity prices. In reaction, Abdullah II forced the prime minister to resign and withdrew a few of the price increases. Prime Minister designate Omar al-Razzaz then dropped the proposed tax reform. Following the mass protests, Saudi Arabia, the UAW and Kuwait have promised the struggling Levantine country 2.5 billion dollars in financial aid

Following these most recent protests, the government of Prime Minister Hani al-Mulqi resigned. Omar al-Razzaz has been appointed to form the new government. He served as minister of education in the previous government and boasts a good number of supporters who would like to see him succeed.

Despite al-Razzaz having "clean hands" and a solid reputation, he has not been readily accepted by the people. Even before his appointment had been confirmed, they had begun chanting: "Oh Minister Razzaz,....the status quo has to go." It bodes well that nominal changes no longer fool Jordanians, who long for the day when the prime minister is elected and accountable to the people for everything.

But there is no doubt that achieving these rights is still a long way off, especially given the flimsy arguments put forward by the official spokesmen and those who benefit from the present situation. Whenever you say anything, they immediately accuse you of wanting to sacrifice "security and public order", or of wanting to drag the country down into the awful wars that have destroyed Syria, Iraq and many other countries!

I confess that I value security and public order more than anything. I am well aware from my work with refugees, directly or otherwise, just how precious the blessing of security is. The dozens of refugees Iʹve met hate many things about their lives in Jordan, but they are ever grateful for this blessing. Some of them said that they came to Amman and were amazed to see people going out onto the streets without fearing for their lives. Others said that the most important difference here was that they could sleep uninterrupted for hours at night. 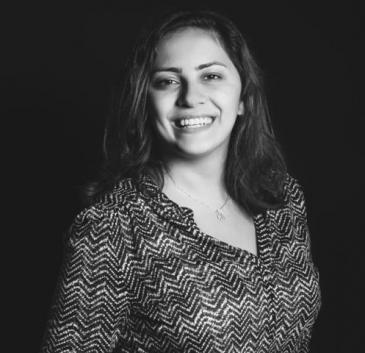 In 2011, those dreaming of a better future in Jordan came out onto the streets. The peaceful popular movement didnʹt last long, however, nor did it achieve all its hoped-for gains. In recent weeks, Jordanians have returned to the streets with far greater concerns. This time their message is addressed more to the Jordanian establishment than to international politics, writes Jordanian journalist Lina Shannak in her essay for Qantara.de

This is a godsend which we value highly, but we must not be short-sighted. All those who are hungry and oppressed threaten this security – and they are vulnerable in the face of imbalances in the status quo. The rising crime rates in Jordanian society confirm this hypothesis. Thereʹs a huge disparity between the governorates and Amman, not to mention within the capital itself. All this threatens public order.

All those people who call in to Jordanʹs daytime complaints programmes on TV and radio are a latent threat to public order. Combined with the lack of democracy and representation, poverty and unemployment, which has reached 18.4% according to official statistics, presage a bleak future indeed.

Havenʹt experts on extremism repeatedly pointed out that it is born out of poverty and hardship and that Jordan has exported more than a thousand fighters to terrorist organisations?

Didnʹt prominent researchers Muhammad Abu Rumman and Musa Shteiwi affirm in their recently published book "Sociology of Extremism and Terrorism in Jordan" that the threat has not ceased with the fall of Islamic State, as we might have hoped. On the contrary, it persists and will grow if we donʹt destroy its breeding grounds.

I say this because neither is the situation in Jordan sustainable, nor does it serve anyoneʹs interests. Letʹs hope that the Jordanian state has taken this on board. Those who call themselves "loyalists" need to stop bullying peaceful activists, whether such pressure is with the stateʹs approval or on their own initiative. There can be no excuse for intimidating the latter through relatives and employers in an attempt to dissuade them from making legitimate demands.

Sadly, we thought we had covered this ground back in 2011. Alas, we are regurgitating all the same platitudes for the umpteenth time.....Letʹs hope we donʹt go backwards this time!

Lina Shannak is a Jordanian journalist who writes for various Arabic and international news sites such as 7iber, Raseef22, al-Araby al-Jadid and al-Jazeera English.

They’ve already got the Louvre; they’ll soon have a Guggenheim Museum as well – and now the Emirates have added literature to their quest for cultural supremacy in the Arab world ... END_OF_DOCUMENT_TOKEN_TO_BE_REPLACED

The rollout of coronavirus vaccines in the Middle East and North Africa is already taking place on a massive scale, with the United Arab Emirates leading the way. Nevertheless, ... END_OF_DOCUMENT_TOKEN_TO_BE_REPLACED

Faced with a deteriorating economy and a discontented populace, Jordan's ruling family is feeling the pressure. END_OF_DOCUMENT_TOKEN_TO_BE_REPLACED

Founded in 1921 as a temporary solution, Jordan managed to establish itself as one of the most stable countries in the Middle East. The inclusive and flexible approach taken by ... END_OF_DOCUMENT_TOKEN_TO_BE_REPLACED

German Middle East analyst Guido Steinberg and television journalist Ulrich Tilgner have both published new books on the conflicts in the Middle East. Their analyses and their ... END_OF_DOCUMENT_TOKEN_TO_BE_REPLACED

END_OF_DOCUMENT_TOKEN_TO_BE_REPLACED
Social media
and networks
Subscribe to our
newsletter