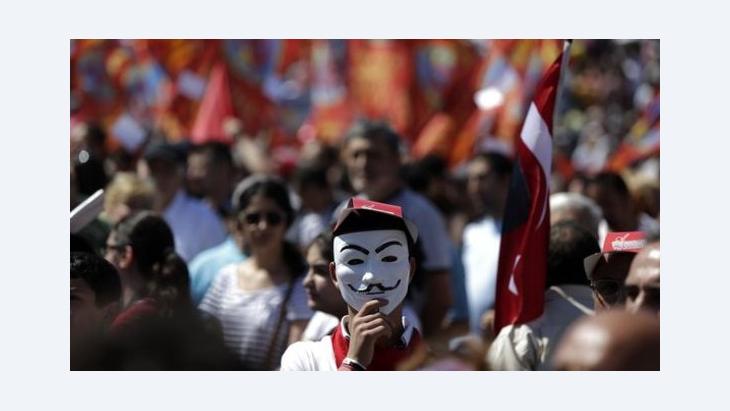 Protests in Turkey
Erdogan Braces Himself for a ''Civilian Coup''

Turkish Prime Minister Recep Tayyip Erdogan refuses to be cowed by recent demonstrations. He is planning huge rallies in Istanbul and Ankara this weekend as a show of strength and determination. He has also warned that his patience has run out. By Ayhan Simsek

Ever since protests began in Gezi Park on 28 May, Turkey's prime minister, Recep Tayyip Erdogan, has been painting protestors as "thugs" and "extremists".

More recently, he has gone one step further and accused activists of plotting against the government and trying to plunge the country into chaos in order to topple the government. For some observers, Erdogan's decision to organise a major rally in the Ankara suburb of Sincan this weekend is not a coincidence.

"Sincan was a symbol of the 28 February period," said Utku Cakirözer, senior journalist at the secular Cumhuriyet daily. "Now, there is speculation in the press that Erdogan's decision to hold the major rally there is deliberate."

On 28 February 1997, Sincan became the symbol of Turkey's last major military intervention. The events became known as a "postmodern coup" or the "28 February process". As part of a political campaign orchestrated against Prime Minister Necmettin Erbakan's Islamic government, generals ordered tanks onto the streets of Sincan to back up their military coup. The crisis led to the resignation of Erbakan's coalition government. 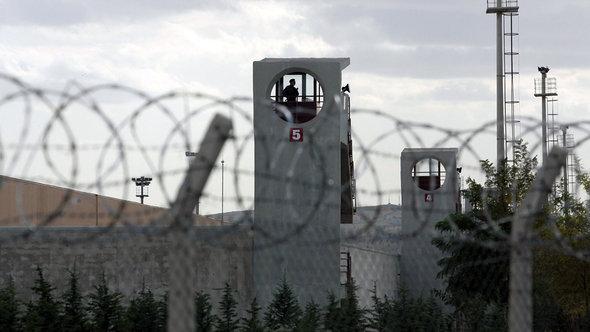 The high security prison in Sincan: in 1997, Sincan was the site of a military putsch against the Islamic government of Necmettin Erbakan

Face-off between the police and the military

"In the past, the usual suspect for coup attempts has always been the Turkish armed forces," said Omer Sahin of the daily newspaper Radikal. Today, however, the people behind the 1997 coup – including retired, high-ranking generals – are behind bars in a Sincan prison. Moreover, ever since Chief of Staff General Necdet Ozel assumed office in 2011, the armed forces have refrained from making public statements in matters relating to domestic politics. Instead, the military and the government communicate with each other behind closed doors.

Utku Cakirözer, Ankara correspondent at Cumhuriyet, believes that this system works. "This is probably why we are not hearing anything from the army on the recent protests," he says. But despite its apparent silence, Cakirözer also believes that the army is very worried about the growing risks of a face-off between police and the military.

"On the first day of the demonstrations, army staff helped demonstrators in a couple of military establishments in Istanbul," says Cakirözer. For instance, staff at a military hospital gave protestors surgical masks as a means of protecting themselves against tear gas. At one point, a group of protestors took shelter at another military establishment. There was even a scuffle between military and police officers at an army base.

"These incidents obviously caused anxiety among the top brass of the armed forces," says Cakirözer. "Soon after that, every effort was made to keep military personnel away from the demonstrations." Moreover, the weekend leave of draftees was obviously suspended to avoid any encounters with the police. 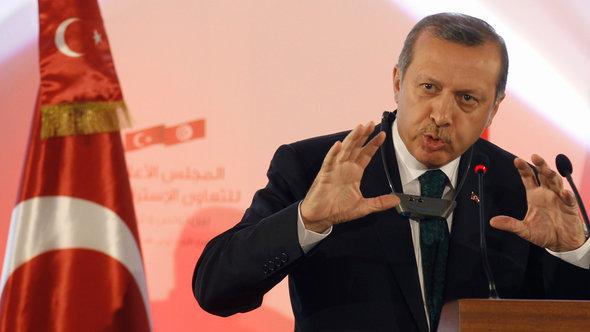 Confrontation instead of dialogue: Turkish Prime Minister Recep Tayyip Erdogan has referred to the demonstrators on a number of occasions as "riffraff" and dismissed their demands as "groundless". On Wednesday, 13 June, he gave protesters 24 hours to end their protest, warning that his patience had run out

In recent speeches, however, Erdogan has made it clear that he doesn't at present consider the military the biggest threat to the government of his ruling Justice and Development Party (AKP). "[Erdogan] sees the Gezi Park protests as a plot aimed at toppling him – a plot that has domestic and international as well as economic dimensions," says Cakirözer.

Omer Sahin of Radikal agrees, arguing that the language now being used to describe the protests has taken on a new slant. According to Sahin, AKP officials are now using a new term: "civilian coup". "Prime Minister Erdogan thinks he is being directly targeted by some financial groups and banks – those that the prime minister calls 'interest lobbies.' They think that the demonstrators are being manipulated, being used as instruments." Sahin adds, however, that no one seriously believes that the armed forces are behind the unrest this time.

Some analysts see a political calculation behind Erdogan's policy of increasing tension in domestic politics. "Erdogan plans to polarise the country, to unify the party grassroots over these demonstrations," says Cakirözer. "He is hoping to win an outstanding victory in the next elections, which are scheduled for March 2014."

The Ankara suburb of Sincan is home to a significant number of Erdogan's AKP followers. The AKP aims to use the rally as a show of strength and influence with a view to countering the demonstrations in Taksim and elsewhere, which have drawn hundreds of thousands of protestors.

All eyes in Turkey are on a court hearing scheduled for January 30 into a child abuse case that allegedly occurred with the knowledge of one of Istanbul's most powerful Islamic ... END_OF_DOCUMENT_TOKEN_TO_BE_REPLACED

Any reconciliation between Turkey and Syria’s Assad regime would have disastrous consequences for many Syrians, explains Syria expert Kristin Helberg END_OF_DOCUMENT_TOKEN_TO_BE_REPLACED

The poetry of Pir Sultan once prompted uprisings in the Ottoman Empire. To this day, Alevis identify with him. Rainer Hermann visited Mehmet Celebi, a direct descendant of the ... END_OF_DOCUMENT_TOKEN_TO_BE_REPLACED

There are signs of an imminent normalisation of relations between Turkey and Syria. This would allow Erdogan to score political points domestically before the upcoming elections ... END_OF_DOCUMENT_TOKEN_TO_BE_REPLACED

Turkey will mark the centenary of the proclamation of the Turkish republic in October. But 2023 will be an important year in another respect too: Turks will go to the polls in ... END_OF_DOCUMENT_TOKEN_TO_BE_REPLACED

END_OF_DOCUMENT_TOKEN_TO_BE_REPLACED
Social media
and networks
Subscribe to our
newsletter