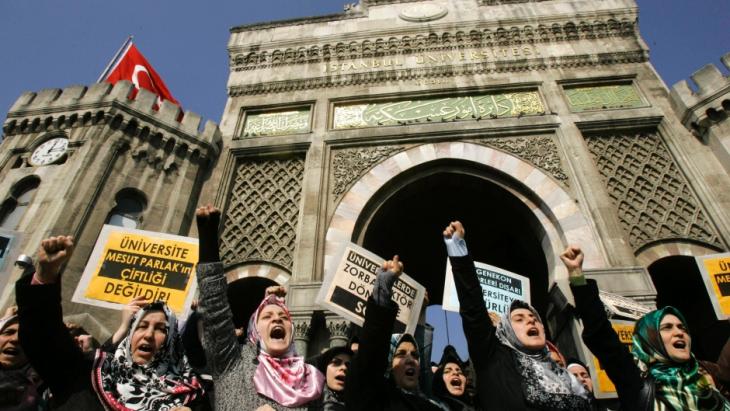 The Intolerance of Others

While police and demonstrators argue over who was responsible for the death of a protestor in Antakya, female students in Istanbul are abused for wearing headscarves – by other female students. Turkey is struggling with a wave of intolerance that is afflicting all camps. Michael Martens reports from Istanbul

The Turkish protest season 2013/14 has begun. In Istanbul, many people went out onto their balconies or stood at their windows last Tuesday night to again give vent to their displeasure at top volume with pots, pans and other household objects. In Ankara, protests against the government of Turkish Prime Minister Erdogan had already restarted, just as the holiday season was coming to an end. Since August, resistance is already forming in the Turkish capital over – on the surface, at least – the matter of trees again.

This was how the large-scale protests began that gripped half the nation last June. The demonstrations originated in Istanbul's Gezi Park, where a civil initiative tried to prevent trees being cleared to make way for a shopping mall. Because the government was over-zealous in its efforts to disperse the rally and tried to criminalise demonstrators, within days the local issue had become a matter of international interest.

Mayor: "A handful of militants"

In Ankara, students at the "Middle East Technical University", which is actually named thus in English and is one of the most prestigious universities in Turkey, are now campaigning to stop a road construction project which they say will result in an urban highway ploughing through the university's extensive campus. The students say that the project threatens thousands of trees. Local authorities say the highway is urgently needed to relieve pressure on two main transport link roads. 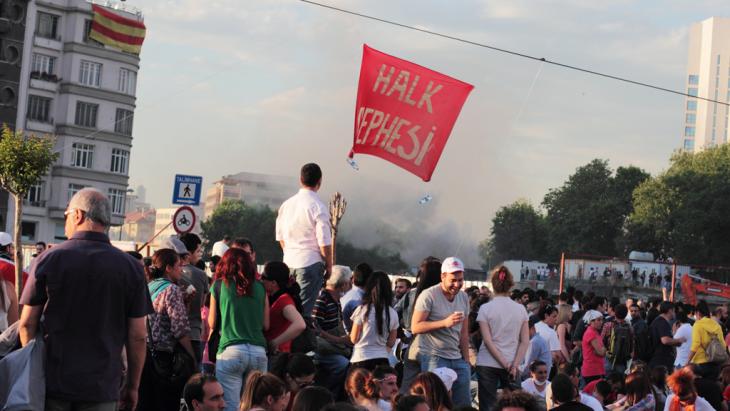 Never-ending conflict: Last June, a plan to remodel Gezi Park on the edge of Taksim Square triggered nationwide protests that drove hundreds of thousands of people out onto the streets against the Islamist-conservative government of Prime Minister Recep Tayyip Erdogan. The protests are now flaring up again

Ibrahim Melih Gökcek, who has been Mayor of Ankara for many years, and is a member of the governing "Justice and Development Party" (AKP) derogatorily referred to the demonstrators as a "handful of militants", whose only aim is to "make a scene". Erdogan and his ministers initially spoke just as contemptuously about the demonstrators in Gezi Park, thereby adding fuel to the protest movement's fire.

A road through campus

Also in the latest case, the protests are not restricted to Ankara. In Antakya, capital of the Turkish province of Hatay on the border with Syria, there have been "solidarity rallies" (according to reports from participants) or "riots" (as they were perceived by the authorities). Hatay is home to a strong Arab minority, most of whom sympathise with Syrian dictator Assad and are therefore particularly unhappy with Ankara's Damascus policy aimed at toppling him. This means protests in Antakya supposedly aimed at domestic issues often also feed off this general displeasure.

What is clear is that a young participant in the Antakya protests was killed. There are conflicting reports on how this happened. Just a few hours after the death of the young man, Turkish media on Tuesday cited relatives of the dead man in a report that claimed he died of injuries sustained by a police tear gas canister. In view of the brutal Turkish police operation last summer, many Turks find this claim to be credible, and certainly at least possible.

A body hitting the tarmac

But last Wednesday Turkish Interior Minister Muammer Güler held a press conference which portrayed the incident in a fundamentally different light. According to his account, the victim fell from a roof of a house, from which – at least as CCTV images would suggest – police cars had previously been pelted with stones and other objects. The images do indeed show a person hitting the tarmac from an apparently great height. Güler announced a full investigation and at the same time issued criticism of those who had immediately blamed the police for the death. 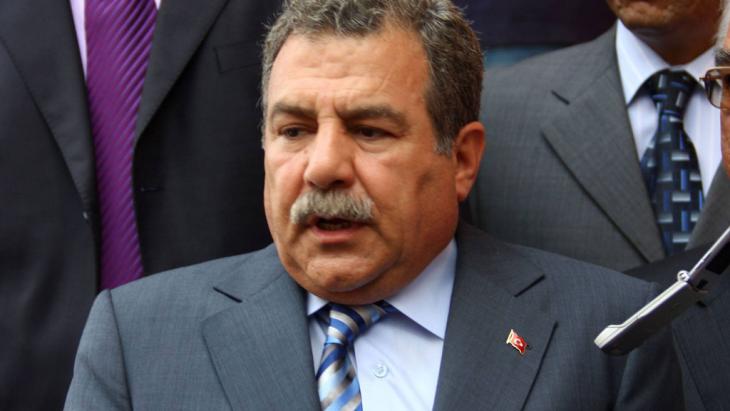 Under pressure to explain: Following the death of a young demonstrator in Turkey, Ankara rejected claims of police responsibility. Interior Minister Muammer Güler said that the 22-year-old was not killed as a result of any police action, but that he fell to the ground from an "elevated point"

If the video images do show the death of the demonstrator, then Güler's criticism is presumably justified. But recent police tactics mean Turkish people would not put anything past the force now. And in any case, the government did exactly the same in the summer: Without possibly being able to know who the demonstrators were in Gezi Park and neighbouring Taksim Square, or what they wanted, government members vilified protesters across the board as traitors in the pay of foreign masters, "plunderers" (Erdogan), and even as "terrorists".

It was only a coincidence, but another incident on the campus of Ankara's Technical University has meant that over the last few days, the issues of tolerance and intolerance have been hotly debated in Turkey. Again, video images provide the substance for the debate, this time captured by a mobile phone. The pictures don't show a fatal occurrence, but rather a humiliating one. They show a group of young female students, some wearing headscarves, others not. The students without headscarves look modern and "western"; they are wearing jeans and their hairstyles are fashionable – but their attitudes are dated. They are hurling verbal abuse at their fellow students – ordering them to leave the campus – because they are covering their heads.

If those under attack had been bare-headed, and the attackers had been wearing headscarves, foreign media would probably have reported the incident as evidence of a "new Islamism" in Turkey. But because the roles were otherwise assigned, foreign interest has been minimal. But it shows that it is not only Erdogan's government grappling with the fact that some people have different ideas about what constitutes right and wrong. Opponents of the Turkish government are also not immune to displays of intolerance.

Erdogan's response to the incident also confirmed what stuff he is essentially made of: The incident in Ankara is proof, the Prime Minister of all Turks announced, that the government's plan to station police units on university campuses is the right way forward. To be continued.

Germany’s electorate includes some 7.4 million citizens with international roots, while many more millions of residents from abroad aren’t allowed to vote. Both groups are often ... END_OF_DOCUMENT_TOKEN_TO_BE_REPLACED

International relations are shifting across the Middle East as regional powers adapt to America's retrenchment and China's growing influence. Although the region could become the ... END_OF_DOCUMENT_TOKEN_TO_BE_REPLACED

Germany's foreign policy is explicitly values-based. But what happens, Ralf Bosen asks, when democracy, the rule of law and human rights collide with the logic of trade and ... END_OF_DOCUMENT_TOKEN_TO_BE_REPLACED

A new global database shows a significant gap in reported COVID-related deaths, suggesting the actual worldwide death toll is short by at least 1 million. That's due in part to ... END_OF_DOCUMENT_TOKEN_TO_BE_REPLACED

Ankara's foreign policy apparatus is currently running at top speed. While politicians in the West busy themselves with evacuating Kabul and analysing the chaos, which not even ... END_OF_DOCUMENT_TOKEN_TO_BE_REPLACED
Author:
Michael Martens
Date:
Mail:
Send via mail

END_OF_DOCUMENT_TOKEN_TO_BE_REPLACED
Social media
and networks
Subscribe to our
newsletter