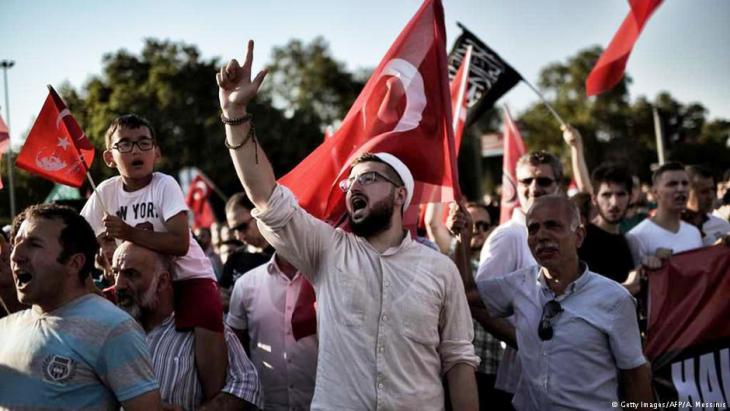 "There are plenty of traitors"

Verbal attacks, death threats and hate speech are an increasingly common feature of public discourse in Turkey. And many think that this mix of nationalistic, pseudo-religious and discriminatory rhetoric is being stoked by the government. By Ceyda Nurtsch

The morning broadcast on the nationalist, Islamist TV channel Akit. The topic is the Turkish armyʹs military operation in Afrin, northern Syria. The presenter, Ahmet Keser, is working himself into a rage: "It has been claimed that the Turkish army is killing civilians in Afrin. Why would they do that? If thatʹs really what we wanted, we could start in Cihangir, in Nisantasi, in Etiler," he says, naming some of the wealthier parts of Istanbul on the European side of the Bosphorus. The majority of people who live there are the urban, republican elite, the "White Turks".

"There are plenty of traitors," he goes on. "The Turkish parliament, for instance." The presenter, who caused a stir two years ago by expressing similar sentiments, has since resigned. Now the state prosecutorʹs office is investigating him.

Keser is not a one-off. In February another presenter on the same channel, Yusuf Ozan, enraged by a headline about the deaths in Afrin in the daily newspaper Cumhuriyet, ranted on camera that "We should have Sharia and the death penalty, they should hang the lot of you." And he went on: "Islam permits killing people like you in war."

The paper immediately made a complaint against the presenter for "inciting violence". The situation posed a genuine threat for the paper. Death threats are a regular occurrence; several journalists have already been assassinated, the paperʹs former editor-in-chief Can Dundar is currently living in exile in Berlin and some of its journalists are still behind bars.

Aydin Engin writes for the paper and is one of the best-known columnists in Turkey. "Cumhuriyet is under siege, politically and financially," he says of the current situation. "But we will not be silenced. If we stopped speaking out, we would only be denying ourselves. But we can expect the attacks from this wing of the government to get even more radical in future, in an effort to silence the paper," says Engin. 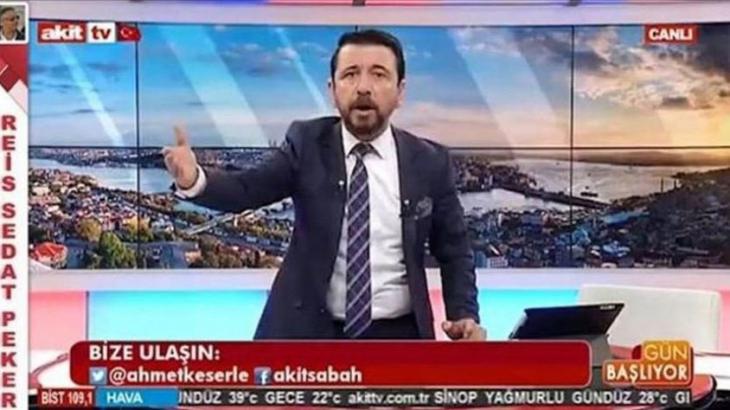 Agitation in the service of the government: Turkish TV presenter Ahmet Keser was forced to resign at the end of February, due to a public outcry over his verbal attacks on Turkish liberals. The presenter with Akit TV – the latter known for its government-loyal stance – described the residents of more liberal areas of Istanbul as "traitors". Keser then went on to declare that the Turkish parliament was also full of them. His comments met with widespread disapproval. The presenter is likely to face a prison sentence; according to media reports, the term could be as much as four years

Nationalism and Islamism is the heady mixture that the government and its affiliated institutions are using to mobilise popular support for the war in Afrin. As well as fanatical presenters like those on Akit TV, as well as a daily paper of the same name that makes no secret of its sympathy with the AKP and al-Qaida, mosques are praying for the soldiers on the front line.

Videos are doing the rounds on the Internet showing students at religious schools, whose voices crack as they stand in front of tanks and Turkish flags, swearing that they will defeat the enemy with faith. Warmongers use the hashtag #YansınSuriyeYıkılsınAfrin (may Syria be destroyed and Afrin burn) as they give free rein to their decapitation fantasies. Turkeyʹs president leads the way, personally recruiting children and adults as "martyrs" for a war against people he defames as terrorists and traitors to their fatherland. All while more than 600 anti-war activists are in prison.

But the violent rhetoric is not limited to politics. Self-proclaimed priests are increasingly appearing in public to lay out how people should live in a perfect Islamic society. Nurettin Yildiz, the head of an organisation with the cryptic name "Social Structure", explains that women should be grateful when their husbands hit them. Muslim Gunduz, the self-declared Sheikh of the Aczmendi order, has said that even a girlʹs arm can be arousing, for which reason even people in the pre-Islamic period buried girls alive, though it would have been better to cut their throats.

But where is the dividing line between freedom of speech and hate speech? Kerem Altiparmak is a human rights lawyer. "Turkish criminal law states that actions that breach the peace, by inciting hatred and enmity for example, will be condemned," But actions that pose no threat to the peace are often condemned as well, he explains. 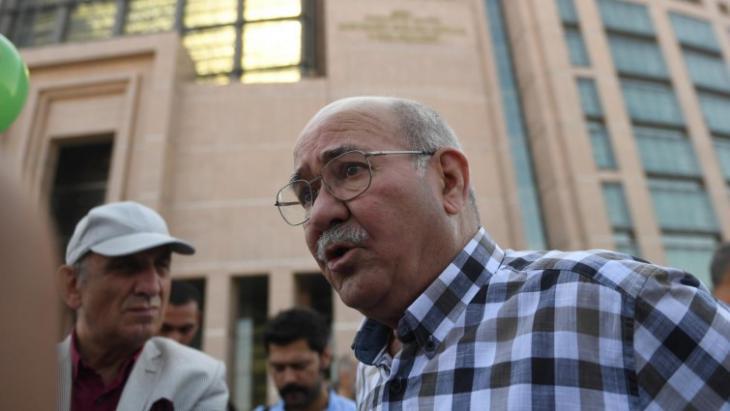 The laws of the desert from 1400 years ago: "this movement that we call political Islam is convinced that with the ruling AKP party, theyʹve regained the reins of power," Aydin Engin from Cumhuriyet says, of the increasing public appearances by priests who in the past have stuck to their own circles

Academics who have advocated for peace have been charged with promoting terrorist propaganda and sentenced. "And at the same time, in a society where violence against women is widespread, priests are saying that itʹs permitted, or even necessary. You canʹt possibly claim that this isnʹt a clear and immediate threat," the lawyer says.

Religious rhetoric from the Dark Ages

"This movement that we call political Islam is convinced that with the ruling AKP party, theyʹve regained the reins of power," Aydin Engin from Cumhuriyet says, of the increasing public appearances by priests who in the past have stuck to their own circles. And itʹs true, he explains, that the AKP has opened all its doors to them. Since then, "A few perverse people have been trying to apply the laws of the desert from 1400 years ago to todayʹs society." They are confident that they have the tacit support of the AKP and know that nothing will happen to them, he says.

Andrew Gardner of Amnesty International is of the same opinion. "The government should firstly be guaranteeing the safety of people who are under threat, while also taking a clear stance in opposition to the threats." Unfortunately they are doing the exact opposite, he explains. "They themselves are agitating against these people and fuelling the situation, by investigating and detaining anyone who expresses criticism of the operations on social media. Unfortunately the government is playing an active role by targeting these people themselves," says Gardner.

In an atmosphere dominated by pro-government media, large sections of society are venting their anger at these kinds of statements on social media. So far they have refused to accept that this new atmosphere is the new normal – though there is currently little to suggest that they will be able to end it.

Political analyst Taqadum al-Khatib argues that Egypt can, in co-ordination with its European partners, develop a common vision to solve the complex conflict in Libya. For this to ... END_OF_DOCUMENT_TOKEN_TO_BE_REPLACED

Turkey's President Erdogan wants to create a second Bosphorus. The cost to the economy and environment would be enormous – and that's why Istanbul's mayor is attempting to stop ... END_OF_DOCUMENT_TOKEN_TO_BE_REPLACED

Libya is in turmoil and no political solution is in sight. The EU's inability to take concerted action in the country, meanwhile, is being exploited by third parties, such as ... END_OF_DOCUMENT_TOKEN_TO_BE_REPLACED

Taking the Fridays for Future movement as his starting point, Muslim environmental expert Tarik Quadir talks to Marian Brehmer about the connections between Islam and ... END_OF_DOCUMENT_TOKEN_TO_BE_REPLACED

There are only a few thousand Aramaic Christians left in south eastern Anatolia. And they are intent on preserving their ancient culture dating back one-and-a-half millennia. ... END_OF_DOCUMENT_TOKEN_TO_BE_REPLACED

Turkish art patron and businessman Osman Kavala has been in jail for more than two years, accused of wanting to overthrow the government. Beril Eski spoke to him about his life in ... END_OF_DOCUMENT_TOKEN_TO_BE_REPLACED
Author:
Ceyda Nurtsch
Date:
Mail:
Send via mail