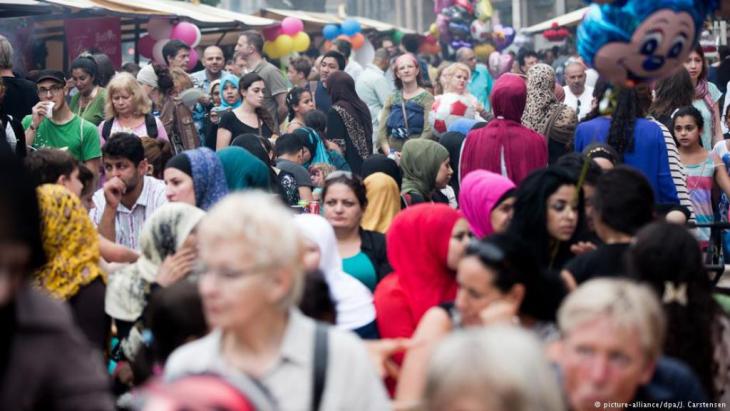 Integration – a process of give and take

Thousands of Germans with a migration background have been sharing their experiences of racial discrimination using the hashtag #MeTwo. Successful integration is not a one-sided process, says Armin Langer, the majority must also be prepared to address the issues

The #MeTwo campaign, initiated by activist Ali Can, has provided thousands of Germans with a migration background with the opportunity to tell their stories and share their experiences of everyday racism at school, work or on the street. Those experiences reveal that no matter how integrated many minority groups have become, they are still not accepted by many in German society.

Little has changed since Einstein

Footballer Mesut Ozil‘s recent decision to quit the German national team and his much-cited statement, "I am German when we win, but an immigrant when we lose," evidently touched a nerve among many members of the various ethnic and religious minorities in Germany and sparked the #MeTwo campaign. It is a feeling that has very likely been shared by minorities before the present generation.

Just under a century ago, in 1922, another famous German was expressing thoughts similar to those of Ozil. "If my theory of relativity is proven successful," said Albert Einstein, "Germany will claim me as a German. Should my theory prove untrue, Germany will declare that I am a Jew." In his address to the French Philosophical Society at the Sorbonne, the physicist gave vent to the ambivalent feelings preoccupying many of Germany’s Jews at the turn of the century. They had been through a radical process of integration in the decades prior to this – nevertheless, acceptance would still be denied to them.

The Enlightenment period and subsequent emancipation laws saw a gradual alleviation of the isolation the Jewish people had endured in the German-speaking countries for more than a thousand years. At the same time, with their acquisition of civil rights came the proviso that social participation was conditional on integration. Immanuel Kant himself said: "Nothing will come of it; as long as Jews are Jews and allow themselves to be circumcised, they will always be more harm than use to civil society." The intellectuals of the 19th century – such as Humboldt, Herder and Hegel – were in favour of equal rights for the Jews, though they were also of the opinion that Jews would have to change radically, even to the point of giving up Judaism, if integration was ever to succeed. 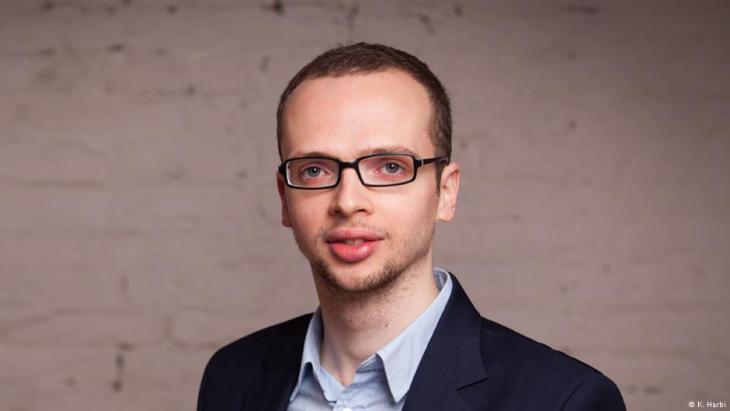 Armin Langer studied philosophy and Jewish theology. He is author of "Ein Jude in Neukolln. Mein Weg zum Miteinander der Religionen" (A Jew in Neukolln. My path to the coexistence of religions) and co-publisher of the recent anthology "Fremdgemacht & Reorientiert. Judisch-Muslimische Verflechtungen" (Alienated & reorientated. Jewish-Muslim interrelations)

Integration is not about self-denial

The Enlightenment-inspired pressure to integrate led many Jews to opt for a partial or complete abandonment of their own traditions. They studied Kant and Lessing, became enthusiastic readers of the poetry of Goethe and Schiller and devoted listeners to the music of Wagner.

The Yiddish language, study of the Talmud and klezmer music were all suddenly frowned upon. In the hope of gaining equality, liberal Jews introduced religious reform in accordance with Protestant practices and renounced the traditional observances of dietary laws, circumcision and the Sabbath. Organs began to appear in synagogues; rabbis took to proclaiming the Word of God in accordance with the principles of Schleiermacher's homiletics, a Protestant preaching doctrine. Some even went a step further by converting to Christianity.

Conversion to other religions was not uncommon among Jews in the 19th century. In Berlin many of the Jewish middle classes had converted to Christianity by the turn of the 20th century.

Although many Jews pushed their Jewishness into the background, or even gave it up altogether, they were still regarded as 'the others'. Heinrich Heine was one of the Jewish converts to Christianity – but, even after his conversion, he still found himself the object of anti-Semitic polemics. The rise of political Zionism at the end of the 19th century would be a consequence of the sense of disappointment felt by the Jews over the failure of their promised emancipation to materialise.

The father and main founder of modern political Zionism, the Austro-Hungarian journalist Theodor Herzl, was initially a proponent of assimilation and viewed the mass conversion of young Jews to the Christian faith as the best way forward. He refused to allow his son to be circumcised and at home the family celebrated Christmas rather than Hanukkah. It was not until 1895, in the wake of the inflammatory outpouring of anti-Semitic prejudice against the French Jewish army officer Alfred Dreyfus, that Herzl was forced to the realisation that no amount of assimilation by minorities would suffice to appease the haters. He concluded that the depth of anti-Semitic feeling in Europe left no future there for the Jews. From then on, he was to become the advocate of political Zionism.

Integration is a two-way street

A century after Herzl, the question of what it means to be German needs to be answered. Of course, we cannot draw direct comparisons between what happened in the 19th century and what is happening today – but the similarities are striking. Anti-Semitism has not gone away, as a glance at the many #MeTwo contributions from Jewish users makes patently obvious.

Muslims, people of colour, blacks, Sinti and Roma as well as members of other minorities have also felt moved to contribute to the campaign, to speak out and to say that it is not enough for only the minority to integrate – the majority also must make the effort. Integration cannot be one-sided, it is always a two-way process.

Home
Print
Newsletter
More on this topic
Germany and the semantics of exclusion: "We are not burka"Germany′s integration debate revisited: Piling on the pressureThe refugee debate: What makes us German?
Related Topics
Integration in Germany, Judaism | Jews, Migration, Migration in Germany, Multiculturalism, Racism | discrimination
All Topics

Libyan political analyst Faraj Alasha argues that the Berlin conference on the Libyan war did nothing to change the fact that there is no political solution to end the war raging ... END_OF_DOCUMENT_TOKEN_TO_BE_REPLACED

As COVID-19 sweeps across the globe, it is forcing religions to adapt and take action to prevent infection. But experts warn against using the crisis to fuel conspiracy theories. ... END_OF_DOCUMENT_TOKEN_TO_BE_REPLACED

Germany continues to believe in the fiction that palm oil obtained from South East Asia to blend with diesel fuel is ecologically sound and climate-friendly. But that belief is ... END_OF_DOCUMENT_TOKEN_TO_BE_REPLACED

On their fourth CD "Irade" (willpower), Masaa has left its piano sound behind, yet continues with its new guitarist to pursue a path that bridges jazz improvisation and Arabic ... END_OF_DOCUMENT_TOKEN_TO_BE_REPLACED

The parties at the centre of Germany's political landscape have often exhorted citizens to distance themselves from the right-wing AfD party. And yet, Europe's response to what is ... END_OF_DOCUMENT_TOKEN_TO_BE_REPLACED
Author:
Armin Langer
Date:
Mail:
Send via mail

END_OF_DOCUMENT_TOKEN_TO_BE_REPLACED
Social media
and networks
Subscribe to our
newsletter