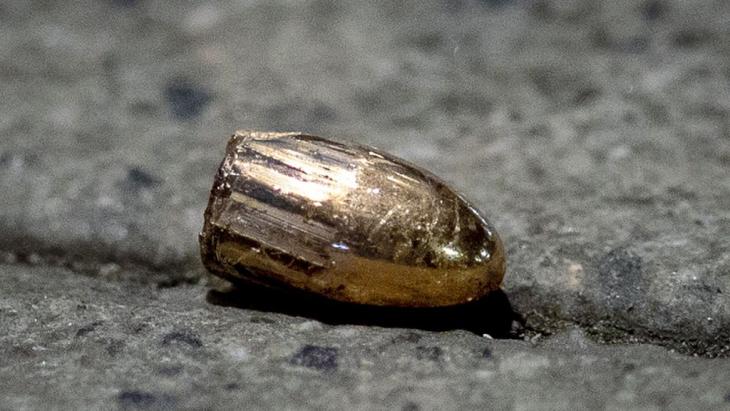 Racist attack on Hanau
Not the only Nazi ideologue...

The template of the mentally disturbed gunman doesn't fit. Seeing himself as a spearhead, heralding a new rise to power, the murderer of Hanau placed himself squarely in the Nazi tradition, says Stefan Buchen in his analysis

"On the 30th of January, the die was cast in Germany. And I don't think that the adversaries who laughed back then are still laughing now." This is what Adolf Hitler said, or rather screamed out, in the summer of 1933 to an enthusiastic crowd of tens of thousands of Germans. His facial expression was particularly grim. Nothing was capable of whipping him and Joseph Goebbels into a righteous rage like the thought of someone making fun of them. Truth be told, very few Germans actually did so.

Hitler and Goebbels had managed to make National Socialism a deadly serious business. This set the psychological stage for their political rise and consolidation of power once in office. In other words: without eliminating laughter and humour as ethical checks on outrageous behaviour, the Nazis could not have risen to power in the first place.

On 20 February 2020, a video posted by Tobias Rathjen could be called up on the Internet. The night before, the 43-year-old with a background in business administration shot nine people of non-German descent in Hanau and then killed his mother and himself. In his video message, presented in a factual and thoughtful tone, Rathjen says:

Heralding a new rise to power

It is perfectly clear to whom the murderer of Hanau is referring. Just as unambiguous is the historical role the assassin assumes. He sees himself as a spearhead, heralding a new rise to power. His is the path by which civil war will be unleashed and democracy shot to pieces. The perpetrator can neither rule out nor prevent that some people will laugh at him and his claims upon hearing his message. But he is sure that their laughter will soon stick in their throats. 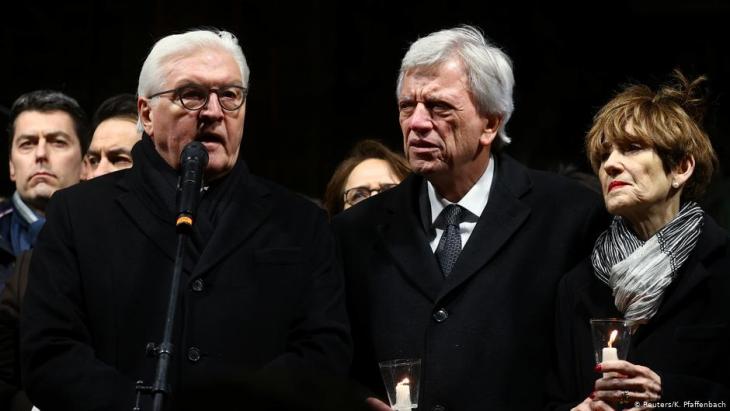 Grief and consternation following the attack in Hanau: German President Frank-Walter Steinmeier said in Hanau that the "brutal terrorist attack" on the town in Hesse rendered him "stunned, sad and angry". He called for an end to the language of violence, which paves the way for such acts. "We will not be intimidated. We stand together against right-wing terror"

The media described the statements made by the murderer of ten people as "confused" and "grotesque". In his messages Rathjen also speaks of being under surveillance by a powerful secret service, of foreign powers "interfering" in his thought processes from afar, and of a female doctoral student with short blond hair and a large bust. He was quickly classified as "obviously mentally ill" and "a lone perpetrator".

But like-minded individuals, of whom there seem to be a growing number in Germany, understood his message perfectly. We can be quite sure of that. It is a Nazi message. In this ideological milieu, Tobias Rathjen has now joined the honoured ranks of those who fell before him in the name of the cause.

In his written manifesto, the murderer says that "the existence of certain ethnic groups is a fundamental error." By this he means an error of evolution that must be actively corrected. "A complete expulsion of these people" would not solve the problem, though. This would only "pass it on" to future generations.

Tobias Rathjen complains that we have "ethnic groups, races and cultures in our midst that are destructive in every respect". He warns of the "degeneration" of the German people and openly proclaims that the "inner enemy" must be "eliminated".  At one point the assassin pinpoints this enemy as "Islam". Not everyone in possession of a German passport is "purebred and worthy", he contends.

"I came to the initial conclusion that, when I come into this world, these people should not be there at all," said the assassin. They should be "instinctively rejected". Ultimately, the world of white people, of Germans, "my own people... from which the best and the brightest emerge and develop", must carry the war to the countries of those unworthy of living, in order to lead a campaign of annihilation there. In this passage, Rathjen says:

Notably, "Israel" is not missing from this list. This would be "the first rough cleansing", according to the killer. The "finer purge" would come afterwards and target "the remaining African states, South and Central America, the Caribbean." Tobias Rathjen sees himself and the Germans in alliance with Donald Trump's America. 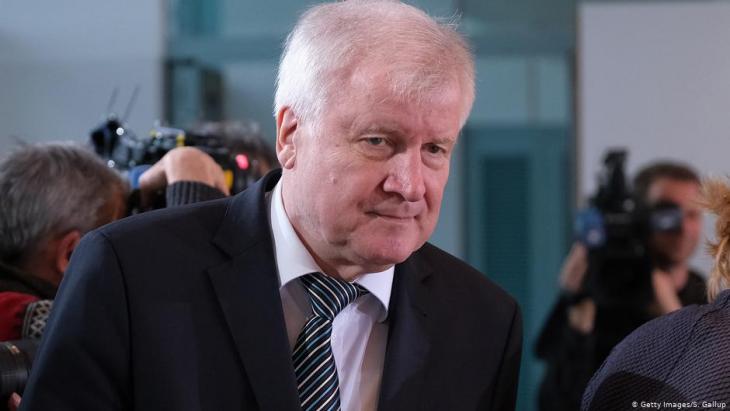 Danger of copycat attacks: in the wake of the Hanau shooting, Germany has said that for the sake of population protection it will be increasing its police presence throughout the Federal Republic. Minister of the Interior Horst Seehofer announced that especially "sensitive facilities" such as mosques would be subject to increased surveillance. In addition, the police presence at train stations, airports and in areas close to the border would be increased

The 43-year-old was not content with merely heralding the destruction he describes. Survivors and eyewitnesses of the bloodbath in Hanau report that the murderer shot his victims in the head in cold blood. He did it in such a way as to set an example, with icy matter-of-factness. After reading through his manifestos, we can only conclude that he believed himself to be carrying out the people's will. The doubt Tobias Rathjen expressed as to whether the German people would in the end really belong to a "victorious species" also resonated in Nazi propaganda.

Propaganda for the deed

When the German Attorney General speaks of "the deed", he means it in criminal terms. But we must not forget that the murderer's kindred spirits associate the term "deed" with a completely different connotation. For them, it is about propaganda for the deed that will shape politics by encouraging imitators and bringing society a little closer to the state of affairs that these detestable anti-democrats so ardently yearn for.

It would be fatal to see only a "confused", "grotesque" and "sick" person here. Politicians are right in their tireless appeals to learn from the past and take its lessons to heart. Central milestones in history – such as the liberation of the Auschwitz concentration and extermination camp 75 years ago – are justifiably seen as occasions for contemplating what has gone before.

And yet we also have to acknowledge that a rapidly growing minority evidently rejects this humane consensus of moral shock and reflection. These people have "learnt" quite different lessons from the past. They believe that a lot of what occurred back then was right and can serve as an example for the present. "Truth sets you free", says the murderer of Hanau at the end of his video message, in a brazen and unmistakable reference to the cynical slogan the Germans put above the entrance to Auschwitz.

Award-winning poet Dincer Gucyeter’s debut novel is a tour de force through the German reality he experienced as an artist and son of Turkish immigrants, written with an unsparing ... END_OF_DOCUMENT_TOKEN_TO_BE_REPLACED

Sudanese protesters have been calling for the removal of German diplomat Volker Perthes from the UN mission to the country. Despite the fractious nature of post-dictatorship ... END_OF_DOCUMENT_TOKEN_TO_BE_REPLACED

We are in favour of human rights. But One Love armbands are self-righteous and ignore some fundamental issues. Stefan Buchen examines the debate surrounding the World Cup in Qatar END_OF_DOCUMENT_TOKEN_TO_BE_REPLACED

Education for girls and women is still possible in Afghanistan, says Reinhard Eroes of the Kinderhilfe Afghanistan initiative. In interview with Elisa Rheinheimer, he talks about ... END_OF_DOCUMENT_TOKEN_TO_BE_REPLACED

In Doha, Arabs from Morocco, Tunisia, Egypt and Algeria are gathering to celebrate the first ever FIFA World Cup to be held on Arab soil. The criticism from Europe? Over the top, ... END_OF_DOCUMENT_TOKEN_TO_BE_REPLACED

Canan Topcu came from Turkey to Germany as a child. In her essay, she describes how bothered she was by the racism she encountered in her country of origin when she travelled ... END_OF_DOCUMENT_TOKEN_TO_BE_REPLACED
Author:
Stefan Buchen
Date:
Mail:
Send via mail

END_OF_DOCUMENT_TOKEN_TO_BE_REPLACED
Social media
and networks
Subscribe to our
newsletter