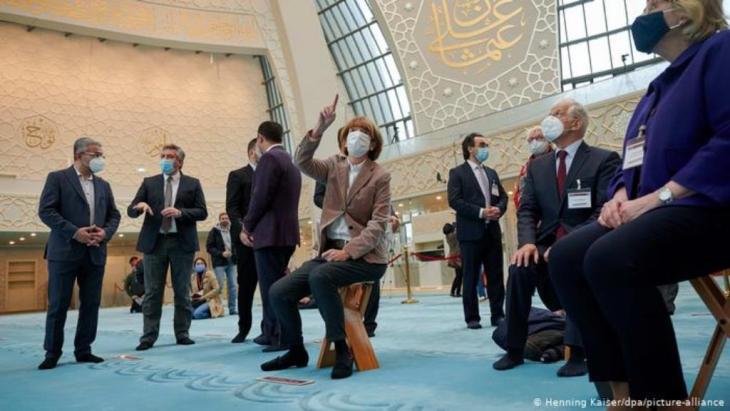 Austria's chancellor is seeking to criminalise "political Islam". The move would put non-violent, non-radical Muslims under blanket suspicion and is hardly helpful in the fight against Islamism. In her commentary, Waslat Hasrat-Nazimi says that Islamism is easier to counter if you work together with Muslims on equal terms

"Islam must be enlightened!" my PE teacher declared, waving his index finger in my face. It was noisy in the gym. While the other pupils in my class continued with their exercises, he had isolated me from the group for no good reason, in order to deliver a monologue about Islam in Europe.

He was not really known for in-depth theological discussions; he did, however, make no secret of being a staunch Christian. "Only through Enlightenment, as was the case with us Christians, can Muslims be integrated into our German society," he continued. I tried to explain that things were more complicated than his comparison suggested, but I couldn't get a word in. So I just nodded.

Today, I have little in common with that 15-year-old girl. The debate, however, about the alleged absence of Enlightenment in Islam has not changed since my youth. Headscarves, parallel societies, swimming lessons, minarets, circumcision – the same issues come up time and again.

We are obviously running around in circles, since politicians haven't come up with a solution to the "Islam issue" to this day. In the event of a ferocious Islamist act of terror, the urgency of a discussion is pointed out immediately. That discussion, however, primarily leads to finger-pointing at Muslims. It goes on for a short while, before the issue dies down, only to re-surface and start all over again.

Yet, in discussions about the danger of Islamism and Islam in Germany Muslims hardly get a chance to speak. People speak about them, but rarely with them – like my former PE teacher, who showed no interest at all in my opinion and whose statement implicitly suggested that I was not integrated into German society.

In a similar way, Germany's mainstream society patronises Muslims to this day – by calling on them to practice a liberal Islam which is compatible with "German values", usually implying that this can only be achieved if the Islamic faith is not practiced in a visible manner. 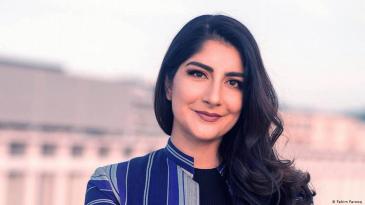 If mainstream society suspects Muslims to be radicals simply because they practice their faith, it rejects them, simultaneously casting doubt on their right to freely practice their religion in Europe, writes Waslat Hasrat-Nazimi, head of the Afghanistan desk at Deutsche Welle, in her commentary

It seems to be of secondary importance that the majority of the Muslim community in Germany are liberals and reject all violence. Islamic scholars as well as a number of Islamic associations and organisations have been trying for years to initiate a constructive debate about Islamism.

But instead of listening to them, German politicians resort to platitudes and trivialities or curry favour with right-wing political parties. Therefore, it's hardly surprising that terms such as "political Islam", "fundamentalism" and "jihadism" are wrongly used interchangeably.

Don't give way to Islamists

Moreover, most victims of Islamist attacks worldwide are Muslims. The fight against Islamism is therefore a common struggle by Muslims and non-Muslims. That's why it is crucial that both sides talk to each other and approach one another.

If, out of frustration, the vast majority of liberal Muslims no longer raise their voices, who will take over? It is the very division of the centre of society from which Islamists draw their strength and which pushes young people into their hands. This is, admittedly, a simplified analysis – in fact, there are several different reasons why Islamism still has a strong appeal in Europe and radicalises primarily young men.

The mere fact, however, that someone is wearing a headscarf or sporting a beard, does not want to take part in swimming lessons, or has been circumcised, is definitely not one of those reasons.

If mainstream society suspects Muslims to be radicals simply because they practice their faith, it rejects them, simultaneously casting doubt on their right to freely practice their religion in Europe. Is stigmatising Muslims in accordance with our basic values?

And how can it be explained logically that European governments officially declare war on Islamists but simultaneously supply arms to Islamist regimes and engage in trade with them? Where have the principles of European Enlightenment and reason gone all of a sudden?

If we really want to confront Islamism, we have to meet Muslims on an equal footing instead of just wagging our index fingers in front of their faces – that finger being, ironically, an Islamic symbol of god's unity. And furthermore – those who permanently point their index finger at others, obviously point the three remaining fingers at themselves.

Home
Print
Newsletter
More on this topic
After the Islamist attacks in France and Austria: "Placing Muslims under general suspicion is not the solution"After the Islamist attack in Vienna: Europeans must not fall into the Islamic State trapQantara dossier: Enlightenment
Related Topics
Criticism of Islam, Freedom of religion, Integration in Germany, Islam in Europe, Islamism | Political Islam, Jihadism | Jihadists, Muslims in the West, Radicalisation, Rule of law
All Topics

Even in times of war and pandemic, refugees are still being deported to Afghanistan. Several deportation flights have taken place in recent weeks alone. Since those affected often ... END_OF_DOCUMENT_TOKEN_TO_BE_REPLACED

On 7 March, Switzerland became the latest European country to vote in favour of a so-called "burka" ban. It was yet another feather in the cap of the right-wing populist Swiss ... END_OF_DOCUMENT_TOKEN_TO_BE_REPLACED

What drives young men into the arms of Islamist extremists – and how can they be re-integrated into society? Five years after the deadly attacks in Paris, urgent questions remain ... END_OF_DOCUMENT_TOKEN_TO_BE_REPLACED

Rather than suspecting Muslims in general, we need to co-operate more with Islamic scholars, Muslim congregations and associations, writes Muhammad Sameer Murtaza in his ... END_OF_DOCUMENT_TOKEN_TO_BE_REPLACED

Berlin's "House of One" project, instigated by Jews, Christians and Muslims, will finally begin to take physical shape in early 2021, following a lengthy period of preparation. ... END_OF_DOCUMENT_TOKEN_TO_BE_REPLACED

The Islamist attacks in France and Austria aim to divide European societies. The jihadists want to destroy the grey area of lived co-existence between Muslims and non-Muslims in ... END_OF_DOCUMENT_TOKEN_TO_BE_REPLACED
Author:
Waslat Hasrat-Nazimi
Date:
Mail:
Send via mail

END_OF_DOCUMENT_TOKEN_TO_BE_REPLACED
Social media
and networks
Subscribe to our
newsletter