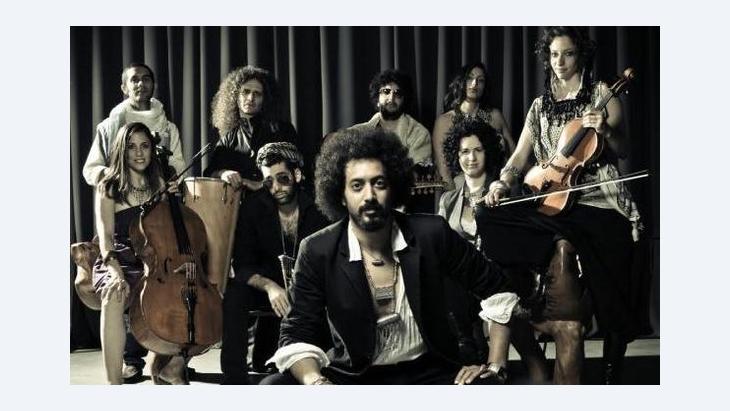 Ravid Kahalani's Yemen Blues
''Your Language Is My Language''

﻿Ravid Kahalani is Israeli, but his family originally hails from Yemen. He and his group, Yemen Blues, explore the richness of Jewish and Arab-Muslim music, transcending national, ethnic and religious boundaries in the process. Lewis Gropp reports

Jews have lived in Yemen for more than 3,500 years, according to some sources. After the state of Israel was founded in 1948, most Jews left the country during Operation Magic carpet, which was organised by Israel, the United States and Britain to evacuate the remaining Jews from one of their oldest habitations. Today, only a handful remain.

Now Kahalani has founded a band that draws on the centuries-old traditions of Yemenite synagogue chants and traditional Arabic music. "Traditions of liturgical chants are very strict and they have been handed down from father to son for thousands of years," Kahalani says. 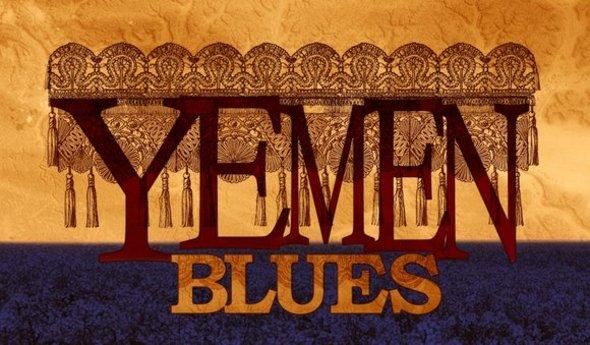 Crossing boundaries and mixing genres to create something quite new: "Despite the fact that Yemen Blues unites so many different musical styles, the sound of the group is distinct and unmistakable, writes Lewis Gropp of the band Yemen Blues

As Kahalani uses different musical styles, he also uninhibitedly mixes the languages of his lyrics. "I am using any language that sounds good with the melody, but the main languages are Yemenite Arabic as my language of origin, and Hebrew, my mother tongue." He also uses Moroccan and French Creole.

Celebrating the multitude of cultures

Unlike Israel's political scene, which is struggling with the pluralist makeup of the country's society, its music scene is celebrating the multitude of cultures that combine to form the country's social and cultural makeup. Artists such as Idan Raichel and Yasmin Levy and Gilad Atzmon explore Jewish musical cultures stretching from Spain, the Balkans, Turkey, the Middle East and North Africa, often with Israeli and Palestinian musicians working side by side.

"There are so many amazing musicians in Israel that combine all kinds of styles together. That is the real beauty of music", Kahalani explains enthusiastically. "You can see these days that we are all influenced by each other much more than we know."

Yemen Blues was actually born out of an informal gathering of friends who made music together. A couple of years ago, Kahalani joined forces with Omer Avital, a well known bass player and composer in Israel. Born in Israel to parents of Yemenite and Moroccan descent, Avital became increasingly interested in his own Arabic heritage and that of Sephardic Jews, especially ancient Andalusian music, which again was highly influenced by Arab musical traditions.

In Israel, Avital studied Arab musical theory, and today, all of these cultural amalgamations, spanning centuries and continents, make up the special blend that is Yemen Blues. Now, with a good handful of other musicians who share a similar cosmopolitan Jewish-Arab background, Kahalani and Avital form a "supergroup" of top musicians from New York, Israel and Uruguay.

Together, they're exploring the musical wealth of Jewish and Arab-Muslim cultures stretching from Yemeni synagogues to Berber cultures of North Africa to the West African Gnawa from Senegal, Ghana and Mali and even further to New Orleans. Their musical sophistication and solid craftsmanship lend a rare confidence to their music.

Celebrating the "brotherhood of man"

"It doesn't matter where you come from, your language is my language" Ravid Kahalani sings in the song "Um Min Al Yaman". This phrase is also, fittingly, the motto of the album and the group. Despite the fact that Yemen Blues unites so many different musical styles, the sound of the group is distinct and unmistakable. In this act of musical genius, Kahalani and his group create real "world music" – music that transcends national, ethnic and religious boundaries, celebrating the "brotherhood of man".

In this spirit, "Yemen Blues" can indeed leap boundaries of language and religion. At a show in Marseilles during the band's 2011 tour, Muslims, Christians, and all kinds of people danced. "The Muslims loved it, and there was something connecting us and reminding them of home," Kahalani muses.

"I want people to enjoy the groove and melodies and be together, with all their different religious and political opinions, and to know there is a base connecting us all. That can change everything."

Mourad al-Marouai was just nine when a landmine killed him on a beach in war-torn Yemen, a tragedy that will haunt his family forever. After a swim, the little boy "suddenly ... END_OF_DOCUMENT_TOKEN_TO_BE_REPLACED

Analyst Iyad El-Baghdadi examines the ongoing tensions between the United States and the two Gulf states – Saudi Arabia and the UAE – and their geopolitical implications in ... END_OF_DOCUMENT_TOKEN_TO_BE_REPLACED

Very different Western reactions to the suffering in Ukraine and the Arab world show that there is a profound rift among cultures. Essay by Michael Young END_OF_DOCUMENT_TOKEN_TO_BE_REPLACED

United Arab Emirates strongman Sheikh Mohammed bin Zayed al-Nahyan, who was formally elected president on 14 May, has led a realignment of the Middle East, creating a new anti- ... END_OF_DOCUMENT_TOKEN_TO_BE_REPLACED

Women's empowerment in the Gulf has become a tool of deflection, rather than a genuine effort to promote women’s full and equal participation in society. By Mira Al-Hussain END_OF_DOCUMENT_TOKEN_TO_BE_REPLACED

Russia's ranking on the World Press Freedom Index has fallen again over the Kremlin's wartime censorship of the Ukraine conflict. From Myanmar to Mexico, journalists continue to ... END_OF_DOCUMENT_TOKEN_TO_BE_REPLACED
Author:
Lewis Gropp
Date:
Mail:
Send via mail

END_OF_DOCUMENT_TOKEN_TO_BE_REPLACED
Social media
and networks
Subscribe to our
newsletter