Rawabi (″the hills″ in Arabic) – vision of Nablus-born entrepreneur and billionaire Bashar al-Masri – is the first planned Palestinian city and the largest private sector project in Palestinian history. Mockingly referred to by some as ″the first Palestinian settlement", Rawabi is not without its critics, who argue it merely serves to sugarcoat the Israeli occupation.

The development has also faced difficulties connecting to the water supply: infrastructure had to be built across Area C, the 60 percent of the West Bank under Israeli civil and security control – the necessary permits were eventually granted, but the main access road remains unauthorised. By Ylenia Gostoli 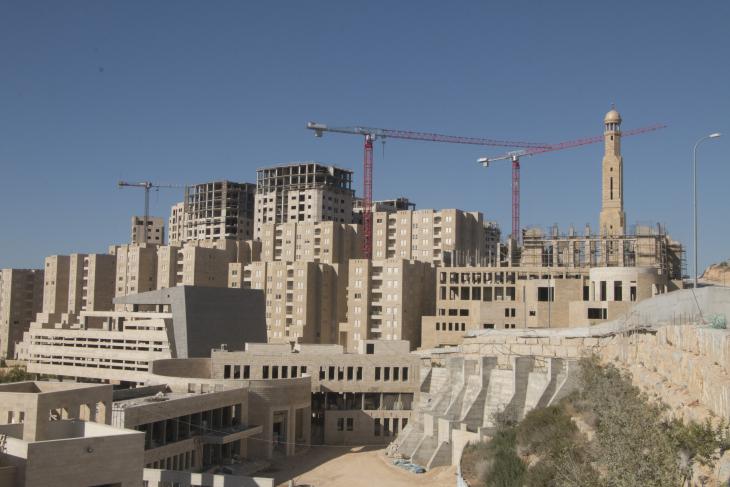 . Rawabi opened its doors to the first residents a year ago. Today, there are around 1,200 residents, but more are expected to move in the next months as the first school opens in September 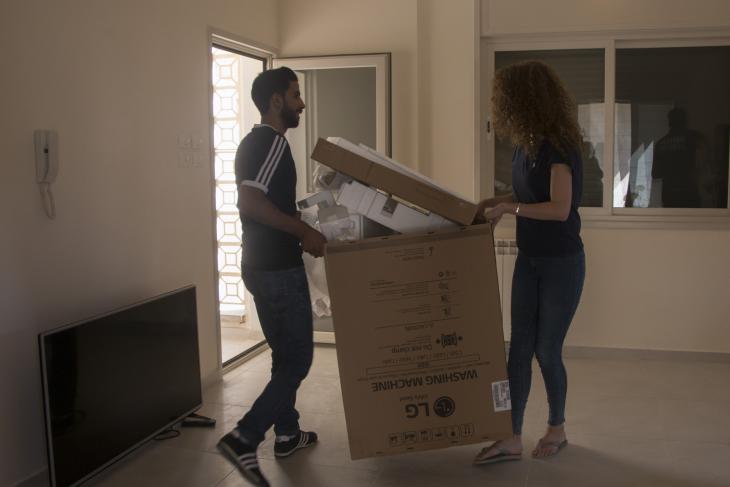 Ehab and Dima, a newly-wedded couple, move into their new apartment. Prices here are 25 percent cheaper than in nearby Ramallah, ranging from $65,000 to $180,000. Still, few young families in the West Bank can afford mortgages Most of the 40,000 housing units built or still under construction have yet to find buyers. Some of the apartments are single units or for nuclear families – signalling a break from the traditional, large family house hosting several generations under one roof 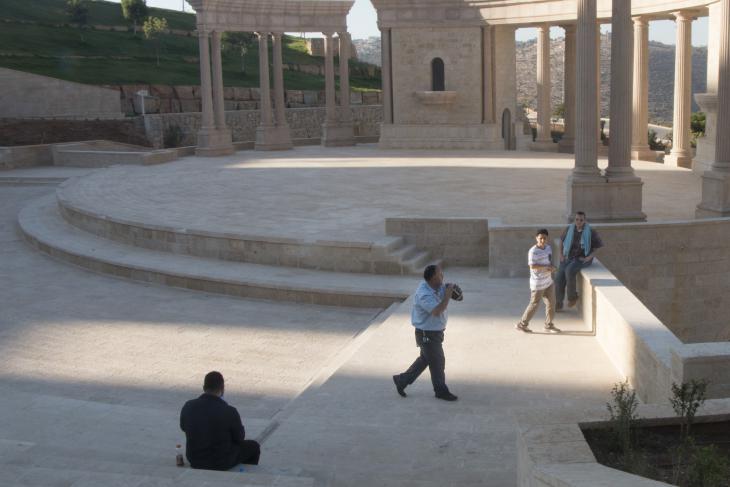 A family of Palestinian Americans visiting Rawabi. The project appeals to a growing Palestinian middle and upper-middle class, as well as to Palestinians from the diaspora Asma Barakat, seen here with her granddaughters, was one of the first residents to move in a year ago. She and her husband both work in Ramallah and sometimes take care of their nieces. They often attend community events organised by planners to encourage community interaction Developers are working on 20 percent of Rawabi′s municipal area and then allowing for normal expansion. Rawabi′s planned portion of the city is organised into 22 neighbourhoods, each containing 12 to 18 buildings Residents enter and exit each neighbourhood via roads designed to serve them and their visitors only, as they′re not transit roads – in a bid to create safer communities For the time being, pictures of western and Arab actors and singers adorn the windows of future bars and restaurants in Rawabi′s town centre. It is hoped that a commercial centre, restaurants and an amphitheatre will create at least 5,000 jobs Developers did not want Rawabi to be a bedroom community but a comprehensive city, with a commercial centre, office spaces and entertainment areas, including a 12,000-seat amphitheatre International brands have virtually no presence in the West Bank. But Rawabi intends to turn its commercial centre into a major shopping hub and is trying to secure deals with major international clothing and food franchises The first floor of each building is designated as a parking space, in order to prevent cars from blocking roads While the city′s commercial and business centres are located at the highest point of the city, neighbourhoods are connected to each other by stairs Rawabi′s medical centre is still under construction. Its high school, opening in September, has attracted 2/3 of its students from outside the city and uses British teaching methods