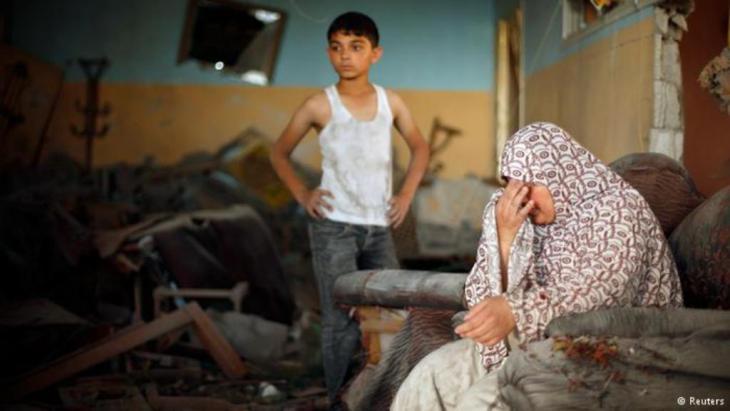 Rebuilding Gaza
The back of the Gazan economy has been broken

What will become of the Gaza Strip? The American academic Sara Roy doubts that there is a future for Gaza and its inhabitants following the recent Israeli offensive. Bettina Marx has the details

"Everything is different this time," says Sara Roy. This time, she says, the Gaza Strip cannot simply be rebuilt; the wounds of this last war could prove too severe to heal. The 1.8 million inhabitants of this thin coastal region have no hope of any immediate improvement of their situation following this summer's Israeli military offensive known as "Protective Edge".

As a result, for the first time in recent history, a true exodus is taking place. Hundreds of Palestinians have already fled the Gaza Strip. They have been smuggled through tunnels under the border to Egypt where they have boarded ships to cross the Mediterranean. "People are simply leaving. They are fleeing from the intolerable conditions in Gaza," says the Boston academic.

Just the other week, a ship with 500 passengers, many of them Palestinians from Gaza, sunk off the coast of Malta. "This has never happened before," stresses Roy. "Even in the worst of times, people never considered abandoning the Gaza Strip." Now, however, Palestinians from all social strata and all political camps are leaving. Even members of Hamas and Islamic Jihad are sending their children abroad to give them the chance of a better future. 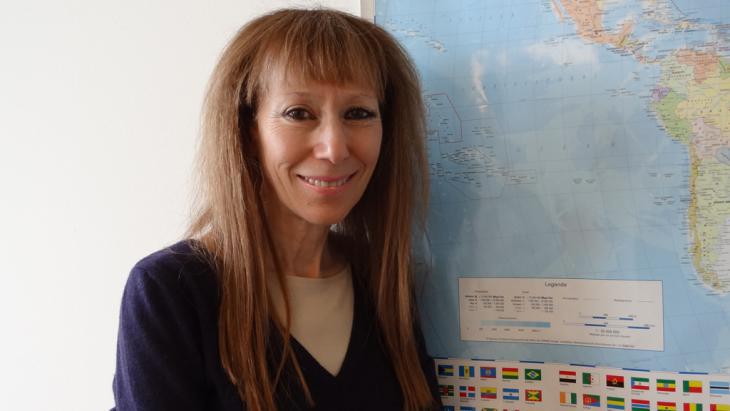 The US academic Sara Roy is an expert in the economy and society of Gaza. She says that since the most recent war, the wave of refugees fleeing Gaza has risen to unprecedented levels. This is indicative of the seriousness of the situation, after all: "Even in the worst of times, people never considered abandoning the Gaza Strip"

The destruction of the middle class

Sara Roy is a senior research scholar at the prestigious Harvard University Center for Middle Eastern Studies in Boston. She knows the Gaza Strip better than practically any other outsider. For more than 30 years, she has focused her research on the economic and social structures of the Palestinian enclave on the Mediterranean. She has written countless articles and numerous books on the subject, including a standard work on the economy of the Gaza Strip and a book on Hamas.

She was invited to Berlin by the Heinrich Böll Foundation to take part in a panel discussion on the situation in Gaza. However, the other scheduled speakers, Issam Younis from the Mezan Center for Human Rights and the blogger Asmaa Al-Ghoul, did not make it. They were unable to leave the Gaza Strip; Egypt once again closed the border.

The last time Sara Roy was in Gaza was in May, just a few weeks before the start of the Israeli military offensive. Even then, the sense of despair could be clearly felt, she reports. After almost eight years of blockade, the economy had already reached rock bottom, with unemployment hovering around 40 per cent and unemployment among young people rising to over 60 per cent. The war has only worsened the situation. Now, unemployment is estimated at over 50 per cent.

At least 175 factories were destroyed during the fighting, including medium-sized businesses like Gaza's only asphalt producer, its only flour mill facility, and a biscuit factory. The entrepreneurs, who provided work for thousands of individuals, thereby ensuring the survival of tens of thousands, have themselves been reduced to poverty and forced to turn to humanitarian aid as a result of the destruction of their businesses and homes.

"The middle class has largely been wiped out," says Roy. This, she adds, has broken the back of Gaza's economy. She goes on to say that the war has eliminated class distinctions and made everyone equal, although at the cost of catapulting the entire population into utter destitution. In the wake of the war, there are hardly any wealthy people left in the Gaza Strip. The unique social network, which enabled the impoverished to keep their heads above water both socially and economically, has been torn apart. 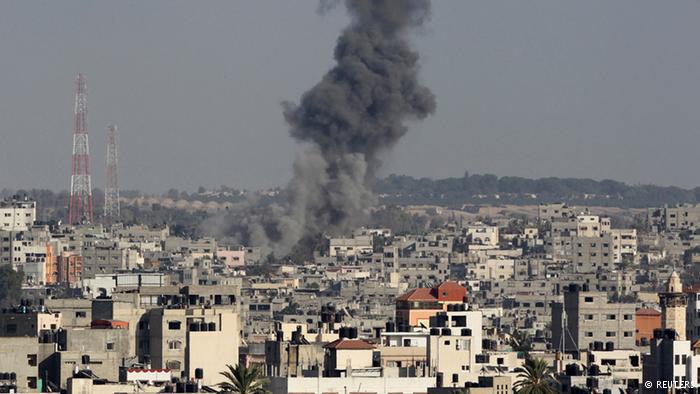 According to Bettina Marx, at least 175 factories were destroyed during the recent war. This is having a catastrophic effect on the population because it means that the thousands of jobs provided by these factories have disappeared, which in turn means that tens of thousands of Gazans have been reduced to poverty and now rely on aid and charity

What is the cost of reconstruction?

According to estimates from the Palestinian Authority, reconstruction of the Gaza Strip will cost at least $7.8 billion. Whole districts have to be rebuilt, including the reconstruction of infrastructure, the water supply and sewage disposal system, the power station, and power lines. Sara Roy believes this figure is far too low. She doubts whether the Gaza Strip can ever be rebuilt.

"The question remains: what should be rebuilt? Should only the destruction from 2014 be repaired, or do we also include the damage resulting from the military operations of 2000, 2003, 2005, 2006, and so on?" To this day, the destruction caused in late 2008 and early 2009 by Operation "Cast Lead" is still visible, says the researcher. In her view, the devastation from the last war has hit the already emaciated Gaza Strip and its economically and physically exhausted population especially hard.

Roy is of the opinion that this cycle of recurring Israeli military offensives, resulting in the destruction of Gaza's infrastructure and its reconstruction by the international community, cannot continue.

"Germany and the EU must ask themselves this question: do we want to continue to be a part of the problem and one of the reasons why this region continues to decline? Or do we want to start being part of the solution?" The international community has to press for a political solution to the Middle East conflict, says Roy. This includes lifting the blockade because it is only when people and goods can move freely that the Gaza Strip has a chance of recovering.

"The Palestinians have become a humanitarian problem," she says. The majority of the population relies on food aid and charity. Some 450,000 individuals have no access to clean drinking water and at least 370,000 children are severely traumatised. These problems cannot be solved with additional infusions of cash, donor conferences, or reconstruction assistance as long as the political issues in the Gaza Strip are not addressed. "The people in Gaza do not need humanitarian aid, they need their freedom."

Asmaa al-Atawna's debut novel "Missing Picture" has been published in German translation (Keine Luft zum Atmen – Mein Weg in die Freiheit). In it, she describes life in Gaza from ... END_OF_DOCUMENT_TOKEN_TO_BE_REPLACED

At the end of every year, the team at Qantara.de gives you a run-down of the ten most-read articles on the site over the past 12 months. Here is a quick overview of the stories ... END_OF_DOCUMENT_TOKEN_TO_BE_REPLACED

Palestinian Christians are an integral part of the Palestinian national movement. This is the conclusion reached by the Chilean-born Palestinian political scientist Xavier Abu Eid ... END_OF_DOCUMENT_TOKEN_TO_BE_REPLACED

Jesus – Issa in Arabic – doesn’t merely enjoy the highest place among the prophets in the Koran. He is also revered in Islam’s mystical tradition for his message of love and mercy ... END_OF_DOCUMENT_TOKEN_TO_BE_REPLACED

With reported hostilities against Israeli journalists and the flag of the Palestinian territories flying on the streets and in the stadiums, it is clear the World Cup in Qatar is ... END_OF_DOCUMENT_TOKEN_TO_BE_REPLACED
Author:
Bettina Marx
Date:
Mail:
Send via mail

END_OF_DOCUMENT_TOKEN_TO_BE_REPLACED
Social media
and networks
Subscribe to our
newsletter