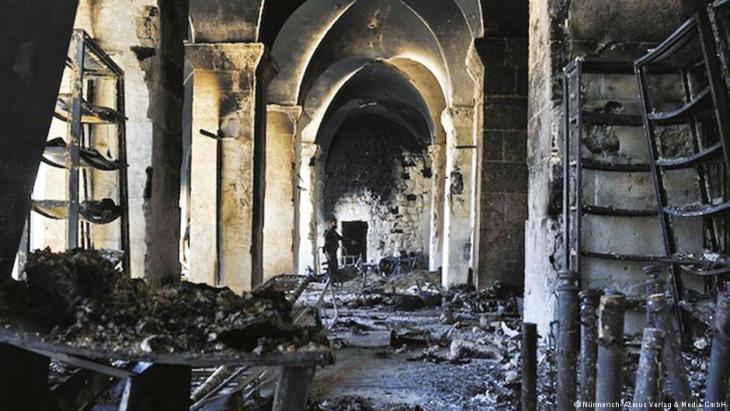 The hidden power of investors

The reconstruction of Aleppo is turning out to be quite difficult, especially because the authorities in Syria responsible for historic buildings and monument preservation hardly have any influence, while foreign investors seem to hold all the cards. Konstantin Klein discussed the situation with the Syrian historian Mamoun Fansa

Professor Fansa, you have been committed to the reconstruction of Aleppo since 2013. Four years have since passed and, unfortunately, there is still no real sign of reconstruction. Should we become despondent at this point?

Mamoun Fansa: No, we can't give up hope, otherwise we will lose everything. As long as I live, as long as I can still develop any sort of ideas, I will continue to make every effort to see that the old city of Aleppo is reconstructed in conformity with the requirements of UNESCO.

At the moment, most of Aleppo is completely destroyed. What could a reconstruction even look like?

Fansa: Architects and urban planners have no problems in this respect. In principle, they could begin with their work immediately. The real problem is that they do not know the current situation on the ground and what is really going on here. Diverse developments are taking place in Aleppo and from here we have absolutely no influence on these events.

What exactly are these developments?

Fansa: Numerous properties in Aleppo are for sale. Many foreign investors have arrived – Chinese, Russians, Lebanese and, in particular, Iranians – and they have already purchased real estate. We are in no position to judge whether this has taken place legally or not. As in most Islamic countries, Syria also has charitable trusts used to maintain and donate property in adherence with Islamic law, the so-called Waqf. In the old city of Aleppo, almost 60 percent of all properties are in the hands of these Waqf, which do not permit monuments to be so easily changed. 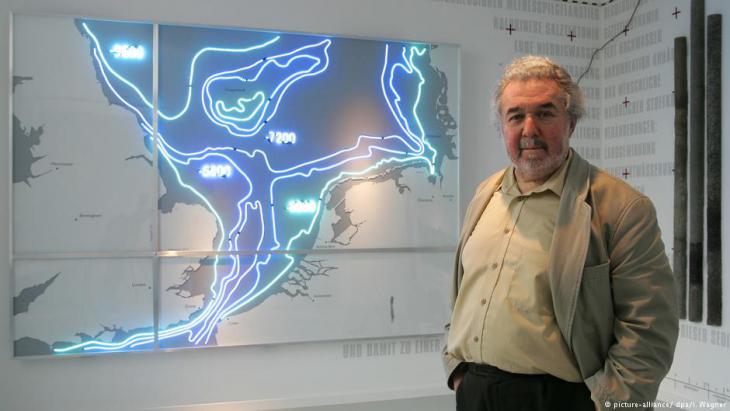 Mamoun Fansa has lived in Germany for fifty years, working among other things as the director of the Landesmuseum fur Natur und Mensch in Oldenburg. He is co-founder of the ″Aleppo - Strategies to rebuild Aleppo″ working group set up by the Friends of the Old Town Aleppo, which maintains the digital archive of the city of Aleppo. He is author of the book "Aleppo – Ein Krieg zerstort Weltkulturerbe"

Of course, there is also the Syrian authority for the preservation of historic buildings and monuments, but its jurisdiction is hardly applicable in a war situation. Many architects and urban planners simply continue with their plans without knowing the existing hurdles, which must be overcome before anything can even start.

You have just mentioned a number of critical factors that stand in the way of a regulated reconstruction of Aleppo. What is your greatest concern in this respect?

Fansa: At the moment, I am not so much concerned with the investors, but rather with the Syrian government. The main problem is that the government in Syria has practically no power. In terms of monument protection, Damascus does not make decisions. These are, to a great extent, made in Moscow and Tehran. Take the example of Palmyra. The city was liberated twice. And who is working today in Palmyra? Not Syrians and not the colleagues with whom Syrians would prefer to work, namely, the Germans and the German Archaeological Institute, among others. Instead, the Russians have stipulated that Polish experts should plan the restoration of Palmyra. On the other side is the Krak des Chevaliers castle ruin overlooking the Mediterranean. It was destroyed by bombs during the expulsion of the rebels. Now the Russians have decided that the restoration should be placed in the hands of the Hungarians.

Is it a matter of money or political influence?

Fansa: Political influence. In other words, Russia decides what should take place in the country over the long term. At present, it is impossible to overlook this long-term management of Syria by Russia and Iran. This causes me a great deal of concern – even more than the condition of the Syrian government, which, in this respect, hardly has any say at all.

One could also think back to 1982 and the destruction of the old city of Hama, which lies between Damascus and Aleppo. The old city was completely destroyed, because it was held by rebels. It was never reconstructed. Instead, high rises were built in its place.

The reconstruction of German cities following the Second World War had to take place in great haste, primarily because of the severe housing shortage. This resulted in whole districts built in the architectural style of the 1950s. Today, they are run down and urgently in need of renovation. Do Aleppo and other destroyed cities in Syria face a similar fate?

Fansa: This is the thought that constantly plagues me. In terms of Aleppo, we have to differentiate between the old city and the new city. It is possible to rebuild the new city very quickly. People urgently need a roof over their heads. This construction work should take first priority. However, it should occur in co-ordination with the reconstruction of the old city. You can't build high rises right up against the walls of the old city! This absolutely cannot work. So how can we somehow reconcile the reconstruction efforts for the old and new city? This is our main challenge and it requires us to stake out a position and, correspondingly, make plans. We also have to convey this to the Syrian population, as we require their co-operation. This must take place hand in hand.

Is it then possible to reconstruct the old city in a historical style, so that it possesses the flair that it once had?

Fansa: According to our present plans, between 30 and 40 percent of the city can be rebuilt as it once was. My concern is to preserve the basic structure and the street layout, established when the city was founded in 300 B.C. by Alexander the Great. If we can manage this, to preserve the unity of the city by maintaining important elements such as the street layout, then we will have achieved a great deal. What is also important is that we constantly stress the fact that in 1986, Aleppo was accredited with the status of a World Cultural Heritage site by UNESCO. As such, Aleppo must be reconstructed in accordance with UNESCO regulations, otherwise the city will lose this status.

Shouldn't we be concerned that your plans might already be obsolete and that reconstruction will take a different direction?

Fansa: We are in contact with other organisations active in Syria and are attempting to pursue our goals together. At present, we are co-operating with the Aga Khan Foundation, which has never abandoned its ties to Syria and which has also invested time and money in the old city of Aleppo. But even here, we are talking about only around ten per cent of what should be restored. This is why I am pleading for the assistance of German civil organisations and association, should Germany chose not to officially engage in the reconstruction of Aleppo through the GIZ or other organisations. At present, reconstruction efforts lack necessary funding. And it is exactly at this moment that investors from various countries have appeared and they have absolutely no understanding of monument preservation.

No other Western poet was arguably so well-versed in the Koran or so fascinated by Islam as Germany's national hero, Goethe. In a new publication that examines all Goethe's ... END_OF_DOCUMENT_TOKEN_TO_BE_REPLACED

A deluge of books, movies, series and cover stories: ever since the events of 9/11, the West has seemed almost manically preoccupied with Islam. Yet this has rarely led to deeper ... END_OF_DOCUMENT_TOKEN_TO_BE_REPLACED

Two decades after the attacks of 11 September 2001, the West faces the shattered debris of its failure – not only in Afghanistan, but also in Iraq, Syria, Libya and Yemen. What ... END_OF_DOCUMENT_TOKEN_TO_BE_REPLACED

Following the Taliban's power grab, members of the Hazara minority fear they will be targeted. Those who can, escape. Others have joined the armed opposition. But for many, there ... END_OF_DOCUMENT_TOKEN_TO_BE_REPLACED

One thing the regime in Tehran has in common with the Taliban is that they both dislike the USA. But apart from that, Tehran has a number of issues with its neighbour, writes ... END_OF_DOCUMENT_TOKEN_TO_BE_REPLACED

Although the United States clearly could have done a better job of managing its departure from Afghanistan, the tragedy playing out this month has been 20 years in the making. ... END_OF_DOCUMENT_TOKEN_TO_BE_REPLACED
Author:
Konstantin Klein
Date:
Mail:
Send via mail

END_OF_DOCUMENT_TOKEN_TO_BE_REPLACED
Social media
and networks
Subscribe to our
newsletter