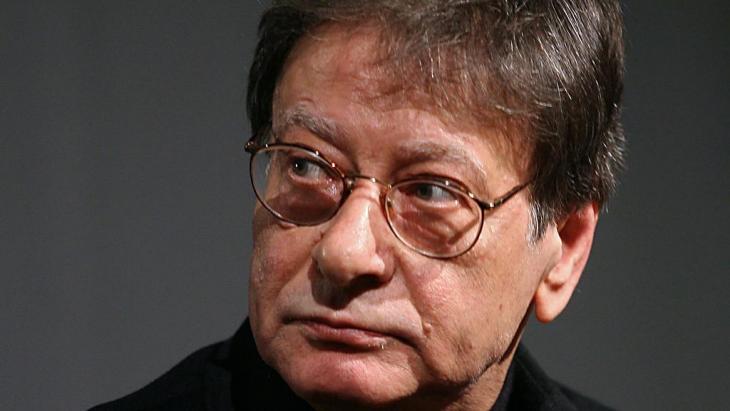 Recreating Palestine in Literature
A Nation Crafted From Words

"We have a country made of words", reads a famous poem by the Palestinian writer Mahmud Darwish. In his essay, the well-known Jordanian journalist and literary scholar Fakhri Saleh explores the effect that the loss of homeland has had on Palestinian literature and self-perception

In the writings of many Palestinian authors the Palestinian tragedy in modern times is expressed, deciphered and shown to the world. Through varying literary forms and genres the Palestinian literati encapsulated the Palestinian cause and envisaged the looming horrors that afflicted the dispossessed, exiled and disabled Palestinians. Few great Palestinian Writers, like Mahmoud Darwish (1941-2008), Ghassan Kanafani (1936-1972), Jabra Ibrahim Jabra (1920-1994), Emile Habiby (1921-1996), and other living poets, novelists and short story writers chronicled the Palestinian Nakba (catastrophe) and expressed in very innovative literary styles the human tragedy of a people who lost their land and was dispelled to other parts of geography.

Palestine was a rich site of production of highly stylized forms of poetry, drama and even novels, but the Palestinian literary life came to an end with the advent of the Palestinian Nakba and the founding of Israel in 1948; very few printed books and manuscripts were rescued and the historian had to reconstruct the rich literary scene that existed for decades in the nineteenth and twentieth centuries. For that reason, and because of the Palestinian diaspora, and the discontinued lives of Palestinians, literature produced by Palestinians after 1948 was mainly a literature of Exile.

A tale of two expulsions 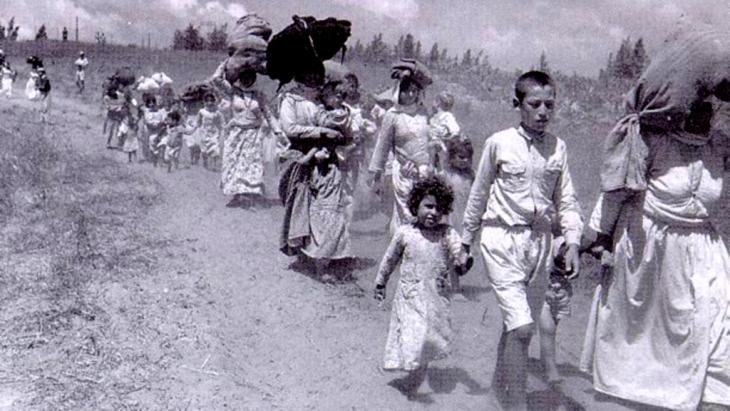 A blocked culture: Palestine was a rich site of production of highly stylized forms of poetry, drama and even novels, but the Palestinian literary life came to an end with the advent of the Palestinian Nakba, Fakhri Saleh writes

Although the great Palestinian literary figures came from inside Palestine; Mahmoud Darwish, Emile Habiby, Fadwa Touqan, Sahar Khalifeh, the main literary output came from the Palestinian diaspora, either from the Arab World or Europe and the United States. Many writers, born in Palestine before 1948 or in the diaspora, wrote about Palestine they knew or imagined; they tried to recollect Palestine from the faint memory of the self or from the vivid memories told by the fathers, mothers, grandfathers and grandmothers. Palestine is recreated through literature; in poetry, short stories and novels written by different generations during the second half of the twentieth century. Taking into consideration the recent Palestinian divisions and deadlock, it is a fact that without literature, which revived Palestine from its remoteness, the Palestinian cause was doomed to be annihilated.

A literature of exile 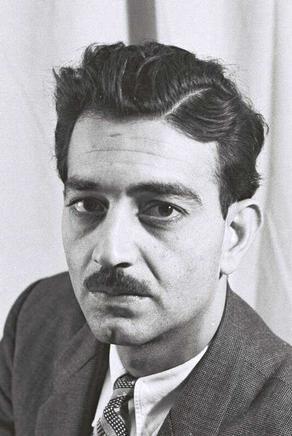 Articulating the sufferings of the Palestinians inside Historical Palestine: the writer Emile Habibi (1922–1996), a dedicated advocate of dialogue between Israeli and Palestinians

In this sense and context, Palestinian literature is a literature of exile, a quest for identity in a hostile world, a writing of fractured lives and hopes in a non-contextual personal life and human tragedy as well. The Palestinian represents the exile, or the diasporic creature in the contemporary world par excellence. In his After the last sky Edward Said (1935-2003) portrays vividly the lives of Palestinian individuals and various distant, dispersed and dispossessed Palestinian communities.

He explains the deep sense of exile and the vulnerability of the Palestinian. He says: "The stability of geography and the continuity of land – these have completely disappeared from my life and the life of all Palestinians. If we are not stopped at borders, or herded into new camps, or denied reentry and residence, or barred from travel from one place to another, more of our land is taken, our lives are interfered with arbitrarily, our voices are prevented from reaching each other, our identity is confined to frightened little islands in an inhospitable environment."

Palestinian literature reflects that sense of instability and vulnerability. The Palestinians were forced to live in the diaspora, inside the Arab world or outside; inside Palestine as 'as home exiles' or in refugee camps denied citizenship, prevented from practicing many professions and forced to live in a ghetto, in certain Arab states. Poems, short stories, novels and plays written by Palestinians echo the existential sense of loss, pain and exilic life that Palestinian individuals and people experience at home or in diaspora. The articulation of this kind of experience in literature is best encountered in the works of Mahmoud Darwish, Ghassan Kanafani, Emile Habiby and Jabra Ibrahim Jabra, in addition to other living Palestinian creative literary figures.

Exile as the annihilation of identity

The reference to exile as a restraint and annihilation of identity is a recurring motif in Palestinian literature. In his poem "lover from Palestine" Mahmoud Darwish expresses the sense of exile indirectly; he elaborates the metaphor of exile by chronicling a love story. But, is the poet talking about his beloved or trying to express his agony and deeply seated horror?

Although the poem was written during Darwish's stay in Palestine, before his left to exile in the Arab world in 1972, the 'I' of the speaker could be taken as a symbol of the chorus of the expelled and marginalized Palestinian people at home and abroad. The loss of home, the sense of expatriation and the endangered identity is expressed magnificently in one of the well known and widely read poems of the great late Palestinian poet.

Your words were a song
And I tried to sing, too,
But agony encircled the lips of spring.
And like the swallow, your words took wing,
The door of our home and the autumnal threshold migrated,
To follow you wherever led by longing
Our mirrors were shattered,
And sorrow was multiplied a thousand fold.
And we gathered the splinters of sound,
Mastering only the elegy of our homeland!
Together we will plant it in the heart of a lyre,
And on the rooftops of our tragedy we'll play it
To mutilated moons and to stones.
But I have forgotten, you of the unknown voice:
Was it your departure that rushed the lyre or was it my silence?

The Palestinian can not be cured from that sense of not belonging and living as a stranger in the world. This gloomy and sad kind of existence is internalized in the writings of Palestinians in spite of the part of the world they dwell. Edward Said reflects on exile trying to delineate the threads that form the exilic nature of Palestinian experience. Relying on self experience and the all life agony that he felt, Said describes exile as a strangely 'compelling' thing to think about, yet at the same time a 'terrible experience'. 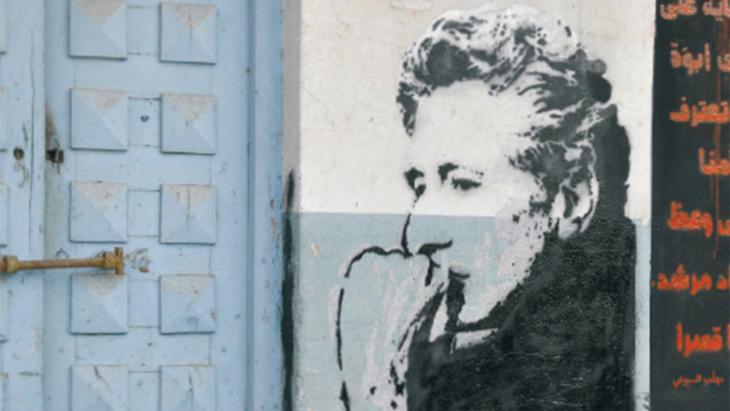 Edward Said: "Exile is the unhealable rift forced between a human being and a native place, between the self and its true home... The achievements of exile are permanently undermined by the loss of something left behind forever."

Exile is "the unhealable rift forced between a human being and a native place, between the self and its true home: its essential sadness can never be surmounted. And while it is true that literature and history contain heroic, romantic, glorious, even triumphant episodes in an exile's life, these are no more than efforts meant to overcome the crippling sorrow of estrangement. The achievements of exile are permanently undermined by the loss of something left behind forever."

That is what we come across in the work of Emile Habiby whose narrative masterpiece Said the Pessoptimist (1974) chronicles the lives of Palestinians under the rule of Israel in historical Palestine. The narrative work of Habiby is a satire of the endangered and shaky existence of Palestinians in their homeland; the life of Israeli Palestinians is the life of exile and it resembles the situations encountered by their fellow Palestinians in the diaspora. In The Pessoptimist and other novels that stem from the same social and political context Habiby articulates the sufferings of the Palestinians inside Historical Palestine; the sense of un-belonging and being a double agent: a Palestinian and not a Palestinian, an Israeli but without the Israeli rights of existence.

In addition to the existential locus of Habiby's works he revolutionized the novelistic genre in Arabic culture; he hybridized the Western form with Arabic traditional forms like Maqama, the One and Thousand Nights story-telling, poetry recital, etc. This kind of writing, the amalgamation of Western and Arabic forms, is a kind of cure to the deep division inside Habiby's Arab-Israeli characters, and a writing back to Zionization of Palestine.

The Palestinian experience outside Palestine is reflected upon in the works of two great novelists who narrated the Palestinian tragedy in their oeuvre. Ghassan Kanafani, a novelist, a short story writer, a dramatist, and a scholar, whose family was uprooted and moved to Syria in 1948, his car was bombed by the Israelis in his exile in Beirut, depicted the tragedy of Palestinian refugees, and sought at the same time to foster national consciousness and explore paths of liberation for his people. 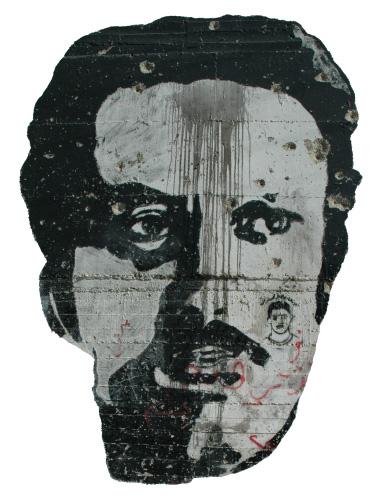 Focusing on the human individual's turmoil, and the suffering of people at large. Ghassan Kanafani puts Palestine and the Palestinians in the human consciousness, turning their tragedy into a human tragedy, Saleh writes

The Palestinian predicament is told in powerful images and symbols to convey a perception of the betrayal that the Palestinians had suffered; his Men in the Sun (1963) and All that's Left to You (1966) symbolize the Palestinian exodus and tragedy following 1948 Palestinian Catastrophe.

In addition to his novels, Ghassan Kanafani wrote four collections of short stories, and three plays that focus on the human individual's turmoil, and the suffering of people at large. Kanafani, like Mahmoud Darwish, puts Palestine and the Palestinians in the human consciousness, turning their tragedy into a human tragedy.

Jabra Ibrahim Jabra, another prominent Palestinian novelist, short story writer, poet, literary critic and translator from English into Arabic, wrote about the Palestinian individual in diasporic communities, revealing the bewilderment of Palestinians living in constant threat of annihilation and loss of identity.

The feeling of siege abounds in Jabra's verse and fiction, and the need to break out of it is a major trait of that great Arab writer who succeeded in the amalgamation of the portrayal of Palestinian exile and understanding the modern humanity. The gist of Jabra's novels, Hunters in a Narrow Street (1960), The Ship (1969), and The Search for Walid Massoud (1978) is to bring together the ideas of modernity and the liberation of the Palestinian People at home as well as at the diaspora.

Fakhri Saleh is a renowned literary critic, writing for "Ad-Dustour" and "Al-Hayat", among others. His book about the Arab Spring will soon be published.

As Pride Month draws to a close, Richard Marcus delves into Saqi Books’ latest publication, "This Arab is Queer". Edited by Elias Jahshan, this anthology of essays is remarkable ... END_OF_DOCUMENT_TOKEN_TO_BE_REPLACED

A new exhibition, "Syria – Against Forgetting", at Cologne’s Rautenstrauch-Joest-Museum focuses on Syria's artistic and cultural heritage and pays tribute to the country before ... END_OF_DOCUMENT_TOKEN_TO_BE_REPLACED

With regard to gender justice, things look bleak in the Arab world. Laws typically discriminate against women, while national legislation all too often does not comply with the ... END_OF_DOCUMENT_TOKEN_TO_BE_REPLACED

This year’s Morgenland Festival opened with the premiere of Kinan Azmeh’s musical theatre piece, “Songs for Days to Come”, based on fifteen poems by contemporary Syrian poets. ... END_OF_DOCUMENT_TOKEN_TO_BE_REPLACED

Women in the Levant have long used needlework to depict the region’s history, its landscapes, customs and traditions. Intricately embroidered panels, varying in style, colour and ... END_OF_DOCUMENT_TOKEN_TO_BE_REPLACED

END_OF_DOCUMENT_TOKEN_TO_BE_REPLACED
Social media
and networks
Subscribe to our
newsletter