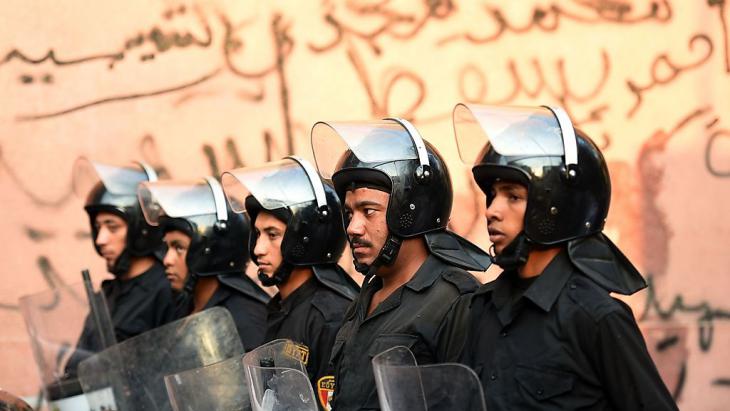 Reforming the Arab security sector
A plea for transparency

In many Arab countries, comprehensive democratisation and national reconciliation is needed if urgently needed security sector reforms are to have the desired effect, says Yezid Sayigh, Senior Associate at the Carnegie Middle East Center in Beirut

Experience across the Arab world demonstrates that when it comes to security-sector reform, technocratic approaches are inadequate. This is especially true in polarised political and social environments – the most obvious cases today being Egypt, Iraq, Libya, and Yemen, not to mention Bahrain and Syria.

But even in countries where there is some degree of political pluralism and an absence of civil strife or domestic armed conflict – such as Lebanon and Tunisia and potentially the Palestinian Authority and Algeria – incremental approaches can achieve only partial success. Creating a fully modernised and accountable security service requires more than technocratic tinkering.

Regardless of formal legal frameworks, barriers to effective audits prevent the monitoring of financial flows to and within the police and internal security agencies. Moreover, such institutions are often able to absorb formal anti-corruption training and yet continue with business as usual.

Lifting the shroud of secrecy

For effective security-sector reform in the Arab world to occur, the shroud of secrecy surrounding the sector must be removed. But among the Arab states, only Yemen drafted a Freedom of Information law after 2011. Conversely, several state institutions blocked a proposal by Egypt’s Central Auditing Agency for legislation stipulating citizens’ right to access information regarding corruption in any governmental agency.

The problem, as Egyptian researcher Dina El-Khawaga has argued, is that it may be impossible ″to introduce reform on a structurally corrupt basis.″ What is needed is broad and effective oversight of public procurement, fuller transparency regarding budgets and routines, and substantially upgraded, multi-agency monitoring of national borders to dismantle illicit networks involving the security sector. 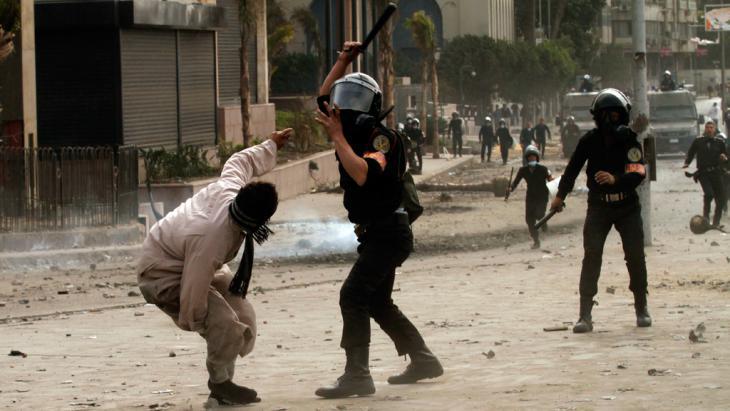 Isolated, marginalised, persecuted: "despite support for the state as the ultimate arbiter of law, increasing social polarisation in many Arab states over the last two decades has impeded consensus on how to restructure and reform policing. Marginalisation of up to 40% of the population, who live at or below the poverty line, has fuelled political challenges, in turn subjecting entire social segments to targeting by official security bodies," opines Yezid Sayigh

There is a grim paradox at work here. The move toward more pluralist politics in Arab states has unleashed deep social divides over the nature and purpose of policing – divides that invariably complicate the reform process. For example, some demand that the security services should enforce religious values.

The specific dynamics of security-sector reform varies among states, depending on past modes of policing and the circumstances in which the authorities are challenged and forced to change existing structures.

But, in most cases, people either look to the state and its officially mandated agencies to resolve problems and provide basic law enforcement, or would prefer to do so rather than resort – or just as often submit – to alternative, non-state providers. As a result, governments can claim a powerful legitimacy in embarking on reform efforts. 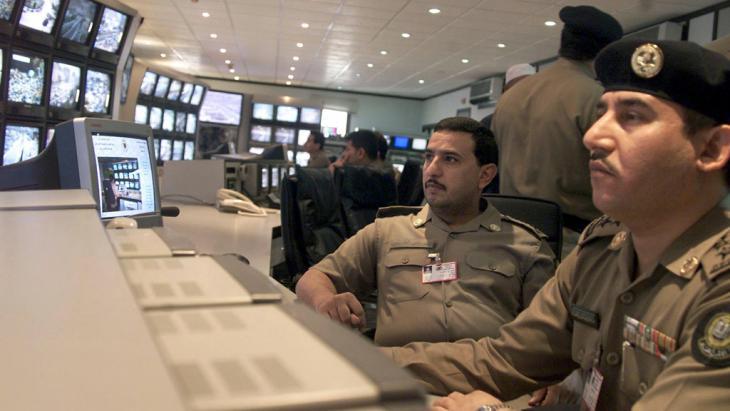 Despite support for the state as the ultimate arbiter of law, increasing social polarisation in many Arab states over the last two decades has impeded consensus on how to restructure and reform policing. Marginalisation of up to 40% of the population, who live at or below the poverty line, has fuelled political challenges, in turn subjecting entire social segments to targeting by official security bodies.

Furthermore, the determination to crush dissent affects the urban middle classes, which might otherwise be the strongest proponents of security-sector reform in this area. Both Egypt and Syria are prime examples of this. The sectarian nature of Iraq’s security sector and partisan polarisation in the Palestinian Authority imply similar risks.

Severe political and constitutional breakdown, as well as extensive social and institutional fragmentation, also hampers – or, in cases like Libya or Yemen, blocks – reform. Even Egypt, with its highly centralised and bureaucratised state, has devolved certain policing and security functions in marginalised urban communities or rural areas to baltagiyyeh (thugs) and to former henchmen of the ruling party, village headmen and clan elders.

Sustainable democratisation rather than authoritarian traditions 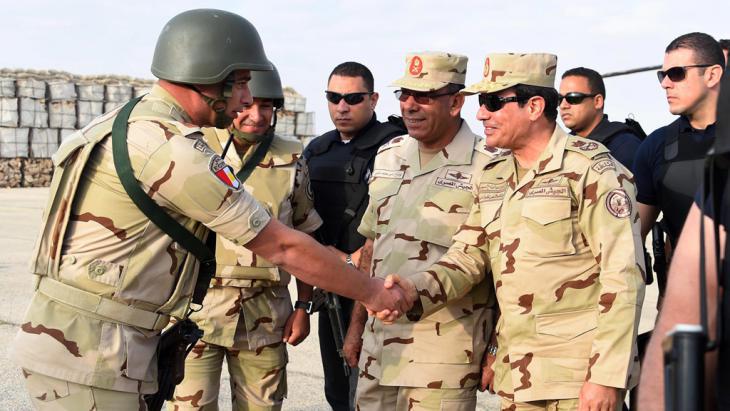 Shoring up an authoritarian regime under the guise of combating terrorism: the anti-terror law passed by Egypt in 2015 foresees severe penalties – up to life imprisonment – for, among other things, "actions detrimental to the national interest, or designed to destabilise the peace, independence or unity of Egypt″, as well as imposing strict conditions on the operation of "organisations with international scope " and the "acceptance of monies from abroad"

Clearly, formalising policing and adjudication on the basis of clan, sectarian, or ethnic identity –as has happened with the revolutionary militias of Libya, the Shia Hashd militias in Iraq, or sectarian party militias in Lebanon – can be highly damaging. But the past emphasis on centrally managed security sectors has made them a crucial asset in political contests, enabling them to escape oversight and benefit from de facto legal impunity.

So a better balance is needed to mitigate the concerns of diverse social and political actors whose participation is needed to renew constitutional frameworks, strengthen the rule of law, and revive national identity and state institutions in a context of democratic transition.

The bottom line is that security-sector reform cannot be undertaken in isolation from the wider process of democratic transition and national reconciliation. Today’s Arab states in transition are discovering how difficult it is to replace deep-seated authoritarian practices and relationships with sustained democratisation, a process that depends crucially on transforming their security sectors. The added focus on counter-terrorism is further impeding reform, though the failure of unreformed security sectors to fulfil this role effectively, such as in Egypt and Tunisia, should cause it to have the opposite effect.

Those who advocate both democracy and security-sector reform must show consistent unity of purpose, build societal consensus and political coalitions for their programs, and formulate coherent, sustainable policies. Only then might the political, economic, and social roadblocks to creating modern, accountable security services be overcome.

In Doha, Arabs from Morocco, Tunisia, Egypt and Algeria are gathering to celebrate the first ever FIFA World Cup to be held on Arab soil. The criticism from Europe? Over the top, ... END_OF_DOCUMENT_TOKEN_TO_BE_REPLACED

November 2022 sees the Arab world firmly in the spotlight with the COP27 in Egypt and the FIFA World Cup in Qatar. Public trust in MENA governments is weak, thanks to their ... END_OF_DOCUMENT_TOKEN_TO_BE_REPLACED

Palme d’Or winner "Boy from Heaven" is a classic crossover film in which cultural elements are mixed together in haphazard and random fashion. Shady Lewis Botros bemoans the ... END_OF_DOCUMENT_TOKEN_TO_BE_REPLACED

COP27 in Sharm el-Sheikh is turning into a PR disaster for Egypt’s military regime. Instead of praise for the host, the news is full of solidarity for imprisoned activist Alaa ... END_OF_DOCUMENT_TOKEN_TO_BE_REPLACED

END_OF_DOCUMENT_TOKEN_TO_BE_REPLACED
Social media
and networks
Subscribe to our
newsletter