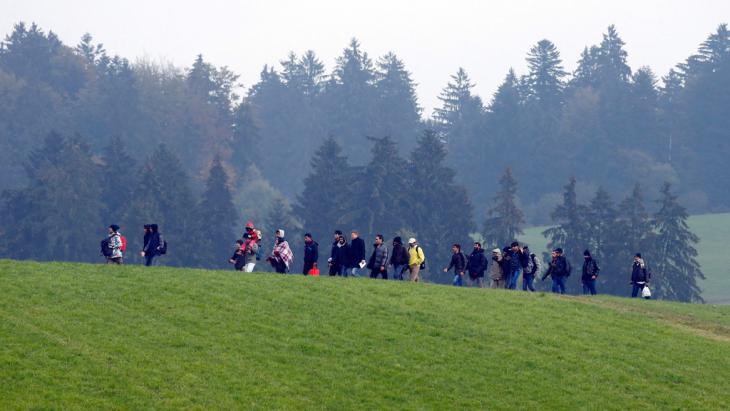 There is no link between refugees and criminality. A new study shows that this connection cannot be empirically verified and thereby contradicts the slogans of populist firebrands. By Matthias von Hein

It is one of the terms that defined last year: "A culture of welcome". But on the very night when the year that saw a huge influx of refugees to Germany drew to a close, this welcoming culture experienced a setback in Cologne with reverberations far beyond the region: multiple sexual attacks on New Year's Eve, mostly carried out by migrants from North Africa, sparked shock and outrage.

The events of that evening have fuelled doubts here in Germany over the integrability of refugees, in particular those from Islamic nations. Since Cologne, we have seen more discussion on the issue of whether refugees and migrants bring more criminality into the country.

The Berlin information platform for journalists "Mediendienst Integration" (Media Service on Integration) has now presented a new study that clearly negates any connection between nation of origin and criminality. The study was conducted by Christian Walburg. The criminologist from Munster focused primarily on statistics supplied by the German Bundeskriminalamt (Federal Bureau of Investigation), evaluating them in relation to immigration.

Walburg emphasises that in the majority of classic crimes, there has been no increase in the number of crimes committed per 100,000 citizens. With the exception of two areas of crime where the statistics are significantly higher: domestic burglaries and pickpocketing. 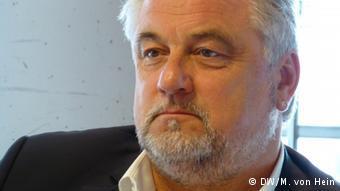 There has been a pronounced increase in domestic burglaries and pickpocketing, but these are not crimes committed by refugees, emphasises Braunschweig′s head of CID Ulf Kuch

But these crimes are not being committed by refugees, stresses Ulf Kuch. As head of Braunschweig's CID, he knows what he's talking about. Kuch accounts for two groups of perpetrators: "On the one hand, those who come from eastern Europe and, on the other, people from Maghreb countries. But they can't be categorised with those who arrived with the flow of refugees last year," says Kuch. In many cases, these people have been living in Germany for years already.

An increase in the second generation

Sandra Bucerius has arrived at even more surprising results. The criminologist has lived and worked for years in Canada, a tradition immigration country, investigating the link between migration and criminality.

"International studies are clear on this issue," the researcher insists. "Clear in the sense that immigration tends to lower national crime rates, rather than increase them."

Bucerius does however diagnose a rise in criminality in the second generation. As far as she is concerned, the big risk factor here is a lack of social integration. This works better in traditional immigration countries than in the European countries that don't perceive themselves as such, says the criminologist. The conclusion could be: as well as a culture of welcome, there also needs to be a structure of welcome in place. 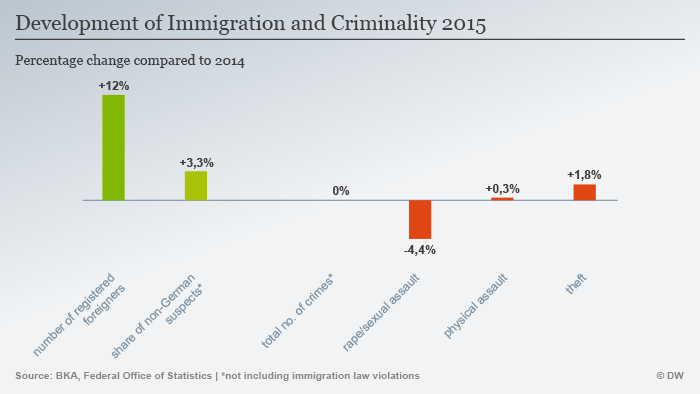 Despite the high numbers of refugees currently residing in Germany, the number of crimes committed by immigrants sank by 18 percent between January and Marck 2016

Christian Walburg from Munster backs this up with statistics: "Adult immigrants with access to the labour market or at least the prospect of this, seldom come to the attention of the authorities through crime." For this reason, the Munster academic also argues that solutions need to be found for those whose presence in the country has thus far only been "tolerated". This status means they do not benefit from language courses, they have no access to society and above all to the jobs market.  Their precarious legal status puts them most at risk of slipping into the criminal milieu, says Walburg.

A paper published by the Bundeskrimimalamt reaches similar conclusions. Titled "Criminality in the context of immigration/main points", it analyses statistics from the first three months of this year. The key finding: despite the high number of refugees in Germany, the number of crimes committed by immigrants between January and March 2016 has gone down by 18 percent.

But the bureau continues to be troubled by one aspect of crime in particular, that of offences committed against refugees. In the report's typical officialese: "The number of offences and crimes committed in relation to refugee accommodation either still under construction or inhabited, as well as against (supposed) asylum seekers for xenophobic and personal reasons remains at a high level during the first quarter of 2016."

Benjamin Idriz, imam of the mosque in Penzberg near Munich, is one of the most prominent representatives of Islam in Germany. He sees his role as building bridges to mainstream ... END_OF_DOCUMENT_TOKEN_TO_BE_REPLACED

In view of the catastrophic supply situation in Afghanistan, UN authorities are sounding the alarm. Inflation and growing poverty are exacerbating the situation. The Taliban ... END_OF_DOCUMENT_TOKEN_TO_BE_REPLACED

For Western listeners, the sound of the sitar is perhaps the most cliched musical symbol of India. Sitar player Hindol Deb, who lives in Cologne, Germany, has just released his ... END_OF_DOCUMENT_TOKEN_TO_BE_REPLACED

Since the German city of Cologne launched a two-year model project to allow Muslim communities to perform the call to prayer, there has been much heated public debate on the issue ... END_OF_DOCUMENT_TOKEN_TO_BE_REPLACED

People these days are seeking orientation in a rapidly changing world. In response, all religions – each unique in their customs and traditions – need to pull together, says Chief ... END_OF_DOCUMENT_TOKEN_TO_BE_REPLACED
Author:
Matthias von Hein
Date:
Mail:
Send via mail

END_OF_DOCUMENT_TOKEN_TO_BE_REPLACED
Social media
and networks
Subscribe to our
newsletter