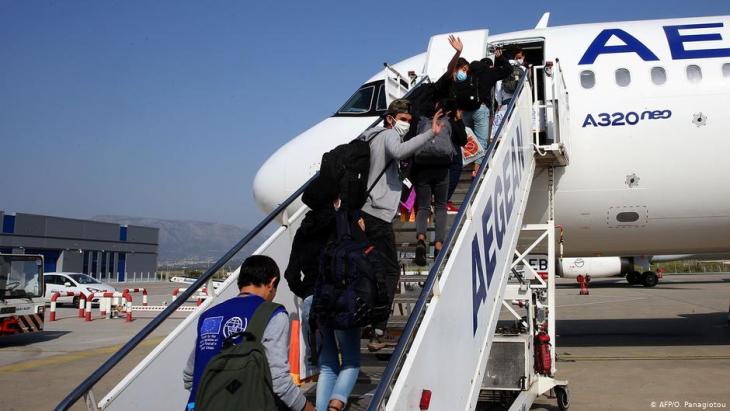 The refugee crisis on Turkey's borders can only be resolved with a new EU deal. It should build on the current plan, but avoid its flaws, writes Ozgur Unluhisarcikli of the German Marshall Fund of the United States

Firstly it should be noted that Turkey, Greece, and the EU have failed on humanitarian grounds with the way they have approached the problem over the last few months.

Turkey tried to funnel migrants from different countries to Greece in order extract concessions from the EU. Greece pushed back the migrants using methods that were totally unacceptable from a human rights perspective. The EU practically endorsed Greece's breach of human rights and European values by extending unconditional support to it, despite the actions of the Greek security forces at the border and in the Aegean Sea.

The EU and Turkey should focus their efforts on renewing their co-operation, and the 2016 EU-Turkey Statement and Action Plan is a good, if imperfect, starting point. 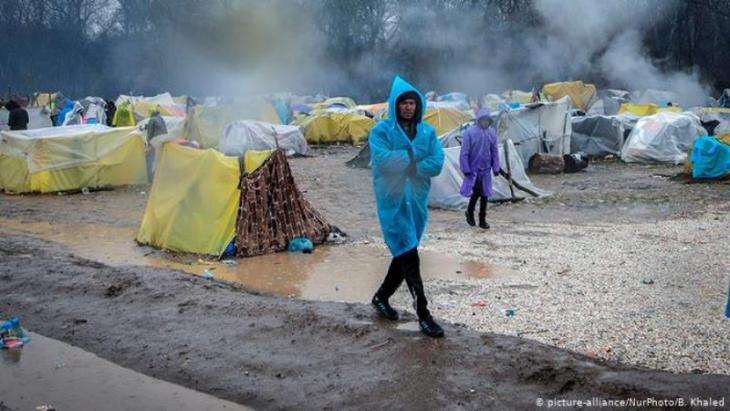 Uneasy bedfellows: the EU cannot entirely externalise the refugee problem, even if it forgoes its own values; and Turkey cannot deal with the refugee crisis alone. Whether they like it or not, the two sides are stuck together on this issue

This mechanism proved to be effective soon after the action plan was agreed. According to the European Commission, "Three years later, irregular arrivals remain 97% lower than the period before the statement became operational, while the number of lives lost at sea has decreased substantially."

What has not worked is the incentive structure for Turkey. Initially, the EU allocated €3 billion under the Facility for Refugees in Turkey and mobilised up to an additional €3 billion by the end of 2018. This has been largely – if not entirely – fulfilled. And as long as that remains the case, the EU won't commit new funds beyond those announced for up to 2018.

According to the agreement, the EU and Turkey committed to improve humanitarian conditions inside Syria, but nothing has happened in this regard. The EU has been and remains highly critical of Turkey's military incursions into Syria.

Arguably, the financial issues are easier to settle. The agreement also includes incentives for Turkey regarding its EU accession process and other projects toward integration that have nothing to do with the refugee crisis. These incentives include a speedier visa liberalisation process and upgrading the Customs Union. However, they were unrealistic in the first place against the backdrop of Turkey's democratic deficits and public opinion within the EU about Turkey.

Turkey thinks it has kept its side of the bargain, but that the EU has failed to do the same. This prompted President Recep Tayyip  Erdogan to threaten to suspend the agreement and action plan. That in turn didn't go down well among EU member states.

But rather than exchange barbed criticism, what the EU and Turkey really need to do is agree on a new plan. One that builds on the 2016 agreement and revises the incentives for Turkey in a way that better reflects the burden it is bearing.

The new plan should also decouple co-operation on the refugee crisis from the accession process — the former is transactional while the latter is normative, and therefore they have very different dynamics. Turkey and the EU should also co-operate to proactively mitigate crises in their neighbourhood before they result in mass migration to Turkey and Europe. This would be in line with Ursula von der Leyen's ambition to lead a geopolitical European Commission.

This is an era when nationalism and populism constrain the policy choices of governments, making international co-operation very difficult. Turkey is currently very unpopular in the EU and Turkish citizens are frustrated with the bloc. Refugees are not welcome anywhere in Europe, including in Turkey.

However, the EU cannot entirely externalise the refugee problem even if it forgoes its own values; and Turkey cannot deal with the refugee crisis alone. Therefore, whether they like it or not, the two sides are stuck together on this issue.

Ozgur Unluhisarcikli is the Ankara Office Director of the German Marshall Fund of the United States.

Unauthorised immigration to Europe went down at the peak of the pandemic. As EU countries re-open, migrant flows are back up. What does it mean for the EU – and for migrants? By ... END_OF_DOCUMENT_TOKEN_TO_BE_REPLACED

Religions are often a source of conflict. But the worldwide Religions for Peace movement seeks to change that by galvanising interreligious dialogue. Delegates from 90 countries ... END_OF_DOCUMENT_TOKEN_TO_BE_REPLACED

Berlin's annual Human Rights Film Festival closed at the weekend. One entry to the festival was the documentary "Captains of Zaatari". Its Egyptian director Ali El Arabi focuses ... END_OF_DOCUMENT_TOKEN_TO_BE_REPLACED

The world must take action now to prevent a deep and lasting humanitarian crisis in Afghanistan. But what, if anything, can be done? The one billion dollars pledged by ... END_OF_DOCUMENT_TOKEN_TO_BE_REPLACED

Germany's foreign policy is explicitly values-based. But what happens, Ralf Bosen asks, when democracy, the rule of law and human rights collide with the logic of trade and ... END_OF_DOCUMENT_TOKEN_TO_BE_REPLACED
Author:
Ozgur Unluhisarcikli
Date:
Mail:
Send via mail

END_OF_DOCUMENT_TOKEN_TO_BE_REPLACED
Social media
and networks
Subscribe to our
newsletter