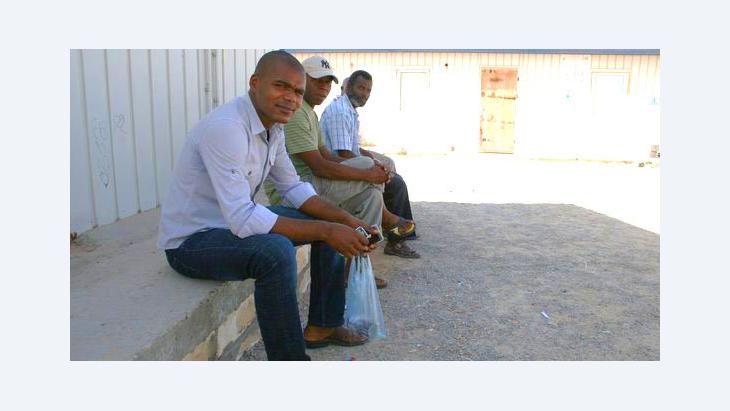 Scapegoats for the Crimes of a Few

The oasis city of Tawerga was completely destroyed in the Libyan civil war. Its dark-skinned inhabitants are still on the run. Former rebels accuse them of war crimes and are carrying out vigilante justice. Markus Symank has the details

The old woman is almost bent double under the weight of a bundle of firewood. Her 10-year-old grandson, who is walking alongside her, is balancing a canister of water on his head. The two refugees are on their way back to Bab al-Aziziya, the devastated stronghold of murdered dictator Muammar Gaddafi, their new home.
Six hectares of rubble and ash is all that NATO bombs and rebel tanks left of the "fortress of power" off-limits to most Libyans for decades. Today, instead of elite soldiers and snipers, the compound is home to around a dozen dark-skinned refugee families.

They spend their nights in the Spartan rooms of a former barracks. This is the only building in Bab al-Aziziya that didn't sustain any major damage when rebels stormed the fortress on 23 August 2011. And many of the refugees are too afraid to leave the compound during the day. For days during the civil war, they fled their home city of Tawerga through the desert to Tripoli. With fear hot on their heels.

"We live like animals here. But they still want to kill us," says the little old woman with the firewood, angrily. She is referring to rebel militia from Misrata, located 200 kilometres to the east of Tripoli. 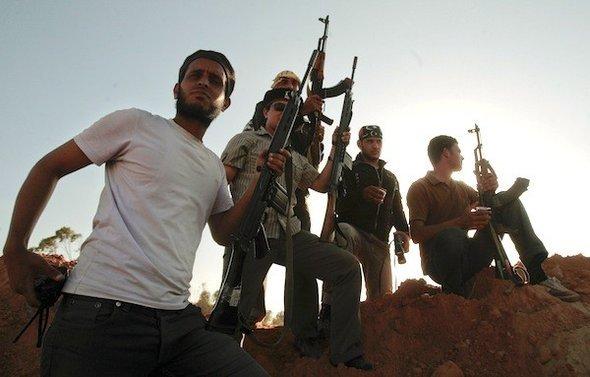 Victory, hatred and retribution: During the revolution, resistance fighters from Misrata made a name for themselves as particularly courageous opponents of Gaddafi. But since then, that reputation has been tarnished by reports that they are attacking, kidnapping and torturing refugees from Tawerga

​​During the bloody revolution, resistance fighters from this port city made a name for themselves as particularly courageous opponents of Gaddafi. But since then, that reputation has been dragged through the mud by reports that they are attacking, kidnapping and torturing refugees from Tawerga.

Refugees like 24-year-old Faradsch Mohammed, a medical student until the revolution began. Several months ago, while travelling through a suburb of Tripoli, he was seized by fighters from Misrata. The kidnappers held him captive for weeks in a cellar and tortured him with electric cables, says Mohammed, showing his scars: "They accused me of supporting Gaddafi. Someone needs to tell these rebels that the war is over."

From paradise to ghost town

Dark-skinned people are the Libyan revolution's biggest losers. In many places, they are made scapegoats for the crimes of African legionnaires who served in Gaddafi's private army and staffed his most feared task forces. Before the onset of political unrest in early 2011, more than a million people from the Sahel states and West Africa made ends meet as day labourers in Libya. That number is now reportedly much less. Many have returned to their home nations.

This is not an option open to Faradsch Mohammed. His home nation is Libya; he was born here. The student is a member of the Tawerga tribe, descendants of African slaves who settled in the eponymous oasis on the Gulf of Sidra until the civil war. Date palms, fruit plantations, plentiful groundwater reserves: For its inhabitants, Tawerga was a paradise.

Today, the city is a ghost town. The rebels from Misrata flattened the houses with their tanks and torched the palms. Even the university, opened in the year 2010, was reduced to rubble. The signpost on the nearby road has been crossed out.

"How could we not seek revenge?"

Before the revolution began, relations between Misrata and Tawerga – less than an hour by car to the south – were peaceful. But then Gaddafi's mercenaries attacked Misrata. The siege lasted several months and reportedly cost thousands of lives. Large swathes of the port city still bear the scars of the war. The rebels also blame the residents of Tawerga for this, and accuse them of harbouring Gaddafi's soldiers.

The rebels also claim they were involved in the war crimes perpetrated by the Gaddafi mercenaries. "The men from Tawerga violated our women. How could we not seek revenge?" asks Ali, a young member of the "Eagles of Misrata" militia. 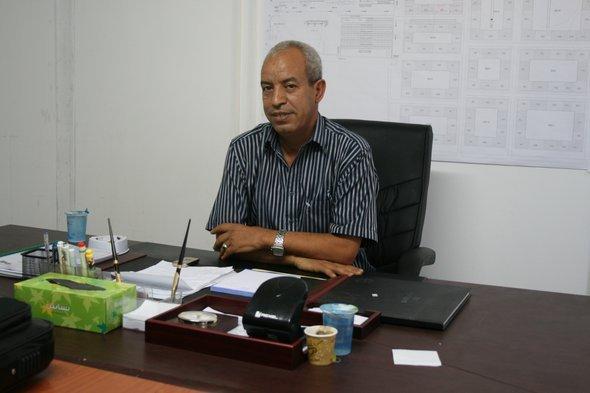 Of the 42,000 residents of Tawerga, around 1,300 are thought to be missing, says Abdulrahman Schakschak, director of one of the UN refugee camps in Tripoli. He suspects that most of these people are being held and tortured in Misrata prisons

​​There is no real way to ascertain the veracity of these claims. What is certain is that since then, Misrata militia have been hounding the residents of Tawerga. As one rebel general told the Sunday Telegraph in 2011: "Tawerga no longer exists, only Misrata." Those displaced from Tawerga are not even safe in the capital Tripoli. Militiamen repeatedly storm refugee camps searching for young men. Several women and children were killed in one such attack several months ago.

Of the 42,000 residents of Tawerga, around 1,300 are thought to be missing, says Abdulrahman Schakschak, director of one of the UN refugee camps in Tripoli. He suspects that most of these people are being held and tortured in Misrata prisons. Schakschak says other dark-skinned refugees and migrant workers, many of them from abroad, are being repeatedly targeted by former resistance fighters.

In August, the new interim government deployed soldiers to guard some of the camps in the capital. But the refugees are still waiting for legal assistance. "We are being collectively punished for the errors of a few," complains Faradsch Mohammed. But despite proposals from tribal elders from Tawerga, the government is showing no interest in any reconciliation process, he says.

In Misrata too, some accuse the authorities of dragging their feet over the issue. The head of the local intelligence agency claims to have presented the government in Tripoli with a list of 3,000 missing people from Tawerga months ago. He says he is still waiting for a response. And as long as that response from the capital is not forthcoming, the Misrata militias will continue taking the law into their own hands.

Recep Tayyip Erdogan, disappointed by the European Union’s reluctance to integrate Turkey into its ranks, has re-directed his country’s diplomacy toward the Maghreb and Africa to ... END_OF_DOCUMENT_TOKEN_TO_BE_REPLACED

The rollout of coronavirus vaccines in the Middle East and North Africa is already taking place on a massive scale, with the United Arab Emirates leading the way. Nevertheless, ... END_OF_DOCUMENT_TOKEN_TO_BE_REPLACED

Tunisia has launched a successful transition to democracy, but difficult economic and social times lie ahead. According to political scientist Said AlDailami, Europe should focus ... END_OF_DOCUMENT_TOKEN_TO_BE_REPLACED

Mass protests began in Egypt on 25 January 2011. They triggered the overthrow of long-time ruler Mubarak. Ten years later, many human rights activists and journalists are in ... END_OF_DOCUMENT_TOKEN_TO_BE_REPLACED

Mass protests began in Egypt on 25 January 2011. They triggered the overthrow of long-time ruler Mubarak. Ten years later, many human rights activists and journalists are in ... END_OF_DOCUMENT_TOKEN_TO_BE_REPLACED

Recent unrest shouldn't come as a surprise to anyone who's followed Tunisia's trajectory. The image of the North African country as the only "survivor" of the uprisings in the ... END_OF_DOCUMENT_TOKEN_TO_BE_REPLACED
Author:
Markus Symank
Date:
Mail:
Send via mail

END_OF_DOCUMENT_TOKEN_TO_BE_REPLACED
Social media
and networks
Subscribe to our
newsletter