Skip to main content
Religion and media in Turkey

The TV series "Yunus Emre: The journey of love" was a massive hit in Turkey when it was first aired four years ago. But this popular television spectacle is not the only evidence of a renewed interest in Sufi spirituality in Turkey. Marian Brehmer reports from Istanbul

Yunus Emre stands in the dark, candle-lit prayer room of a Dervish monastery, immersed in thought; his arms folded, his head slightly bowed, his eyes closed. He wears the long patchwork coat and turban of an Islamic mystic. His brow beaded with sweat and his voice trembling with passion, the poetry rushes off his tongue like an unstoppable tide: "The heart of the one who loves is the Creator's throne / God adopts it as his own / Woeful and miserable / is he who breaks a heart."

In an attempt to capture the fleeting words and prevent them from fading on the air – as was the case with the world-famous mystic Rumi, who is said to have composed his rapturous love poems from the Divan-e Shams in a state of ecstasy in Konya – a second dervish is standing at a writing desk, frantically trying to scribble down all that he hears. The place is Nallihan, a village one hundred kilometres west of Ankara; the time, towards the end of the thirteenth century.

It took many years of education and training for poet Yunus Emre to overcome his ego. Under the instruction of Tapduk Emre, a charismatic Sufi master, Yunus Emre transformed from a proud and extremely self-satisfied Sharia legal scholar into a Sufi wholly dedicated to God and searching for unity.

This is what the television series 'Yunus Emre: The journey of love' was all about. Over the course of two seasons, it told the story of the popular Turkish saint Yunus Emre. With meticulous attention to detail, outstanding actors, beautifully delivered dialogues, a hint of drama and a soundtrack built around the Ney, a flute-like instrument favoured by the Sufis, Turkey's public broadcaster TRT invested a lot in this opulent production. 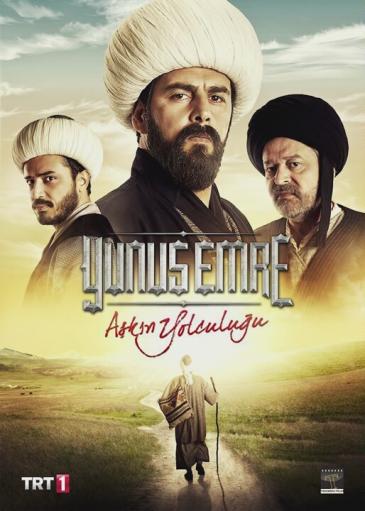 Nimbus of a saintly figure and TV icon: the 44-part series, which was broadcast in 2015 and 2016, proved a massive hit with millions of Turkish viewers. Indeed, so popular was the series that it is now available on the American online television service Netflix

The 44-part series, which was broadcast in 2015 and 2016, proved a massive hit with millions of Turkish viewers. Indeed, so popular was the series that it is now available on the American online television service Netflix.

This means that Yunus Emre – who, unlike Rumi, is virtually unknown outside Turkey – is coming to the attention of an international audience for the first time.

"Yunus Emre" is also the name given to the Turkish language and cultural institute (the equivalent of Germany's Goethe-Institut) established by President Erdogan in 2007, which is now represented in about 40 countries.

Over the course of the past century, Yunus Emre has had a major influence on the forging of a national identity for the Turkish Republic. Even though Ataturk banned the Dervish orders in 1925, Emre's poetry was often held up as exemplary of the Turkish language.

Unlike many poets of the Sufi genre – including those from later centuries – his poems are composed in simple Turkish, which is easily understood by those living in Turkey today.

Sufi poetry as a key part of Turkish national identity

Emre's poetry is not peppered with Arabic and Persian words, as Ottoman poetry typically is, and this is why it has for decades been viewed as a classic example of Turkish poetry and is an inherent part of the state's school curriculum. The fact that the poetry is marbled with Sufi symbolism was not as relevant in the early twentieth century as its value for Turkish language policy.

But the success of the series about Yunus Emre highlights another development too. Over the course of several weeks, especially during Ramadan, the parables and stories of Yunus Emre's Sufi teachings and his sheikh were broadcast into countless Turkish living rooms.

While eating their evening meal, whole families watched dervishes in period costume serving in the kitchen or cutting wood, talking to their spiritual masters, or taking part in the dhikr, the mantra-like group devotional recitation practiced by Sufis.

As viewers watched, a spiritual world that has largely been lost since the 1920s unfolded itself before their eyes. Something that had been an integral part of everyday society in Anatolia for many, many centuries was in this way brought back to life for millions of viewers. 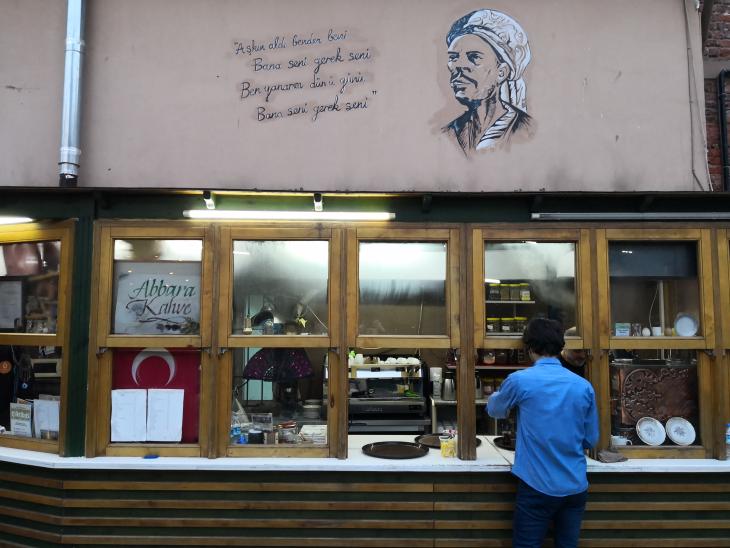 Undiminished popularity in the public and private sphere: "over the course of the past century, Yunus Emre has had a major influence on the forging of a national identity for the Turkish Republic," writes Marian Brehmer

In the early years of the Turkish Republic, Ataturk considered the Sufi orders to be a brake on progress: too conservative were the attitudes, too great the social and political influence of the Sufi order leaders in the Ottoman Empire, rendering them an obstacle to modernisation in the eyes of the Kemalists. For decades, the Sufis practiced behind closed doors, functioning as cultural associations rather than spiritual orders.

But the renewed interest in Sufi spirituality in Turkey is not restricted to television series alone. This is the result of the AKP government's liberal policy towards the different branches of Sufism in Turkey: people are once again being invited to public ceremonies, Sufi teachers are teaching people who are hungry for meaning in municipal culture centres, Sufi music is being reinterpreted, and Turkish authors like Elif Shafak are popularising Sufi figures such as Rumi and Schams-e Tabrizi in celebrated novels.

The interest in Sufism is also due to the fact that it is an alternative to politicised Islam, with which many young Turkish people in urban areas can no longer identify. After all, one important Sufi principle is to give precedence to the inner dimension of religious rituals over external dogmas and rules. This creates a flexibility and openness for which many yearn in the hardened social climate of modern Turkey.

Whether it be in front of the television or in active contemplation of his verses, the freedom-loving, mellifluous Yunus Emre speaks of this kind of world, which grows from within, and invites us to: "Seek not God in the distance, no! / In our hearts does he reside / Renounce being you completely / and he shall shine in your heart!"

Although a unity government was formed in Libya in March 2021, tensions and possible crises between the political actors are already emerging. What problems does the country face ... END_OF_DOCUMENT_TOKEN_TO_BE_REPLACED

In Islamic mysticism, Ramadan is more than just a period of prescribed abstinence, signifying an opportunity for inner contemplation. Marian Brehmer explores the spiritual ... END_OF_DOCUMENT_TOKEN_TO_BE_REPLACED

The USA and NATO plan to withdraw from Afghanistan by September. The operation is risky, the outcome uncertain. Many Afghans fear civil war. The quake on the Hindu Kush will also ... END_OF_DOCUMENT_TOKEN_TO_BE_REPLACED

The neo-Ottomanism propagated by Erdogan has long been more than rhetoric and symbolic politics. This can be seen from recent developments in parts of northern Syria, where Turkey ... END_OF_DOCUMENT_TOKEN_TO_BE_REPLACED

Televised Turkish dramas are all the rage in the Middle East. A young Ottoman TV Empire has been expanding its soft power by harnessing regional dialects, Arabic names and viewers ... END_OF_DOCUMENT_TOKEN_TO_BE_REPLACED

END_OF_DOCUMENT_TOKEN_TO_BE_REPLACED
Social media
and networks
Subscribe to our
newsletter