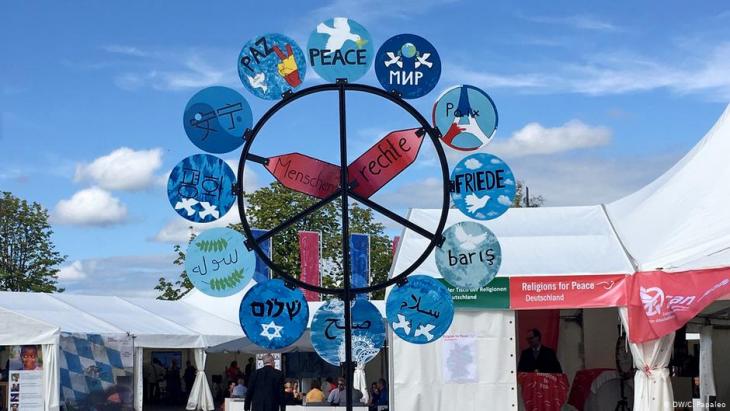 At this year's global religion summit on Lake Constance, female delegates from Africa, Asia and the Middle East made clear women must have a greater say. By Christoph Strack

At the 10th Religions for Peace World Assembly in Lindau, a town in southern Germany, a quarter of all participants were female. Indeed, even the Vatican sent a female delegate from Caritas International. But while there were more women in attendance than at previous summits, many still bemoaned a lack of gender equality.

"We hope that more women will belong to the next World Council," said Mehrezia Labidi-Maiza, who served as the first vice-president of the Constituent Assembly of Tunisia. She said that "women need to become more visible at all our events." At this year's four-day Religions for Peace World Assembly, Labidi-Maiza was one of numerous outspoken female participants demanding that women have a greater say. And likewise Layla Alkahafaij, who was imprisoned in Iraq for 10 years during Saddam Hussein's dictatorship and later became an MP in the country's parliament, said: "We want women to get more involved."

Labidi-Maiza's and Alkahafaij's statements at the Religions for Peace World Assembly were major highlights. The summit, incidentally, was attended by individuals from all corners of the world and boasted representatives of countless creeds, among them Hindus, Buddhist, Christians, adherents of the Baha'í faith, of Sufism and Judaism. Representatives of Amazon's indigenous peoples were in attendance, as were indigenous Canadians. Yet, above all, female delegates from Asia, Africa and the Arab world expressed a new sense of confidence, highlighting engaged grass-roots activism.

German President Frank-Walter Steinmeier's welcome address to the guests from 125 different countries, meanwhile, made clear that religion may never justify violence. He said that "we may have different regions, but we are united in our conviction that religion may never be used to justify hatred or violence." He stresses that, as "a devout Christian," this issue is dear to him.

Steinmeier said that "we may not be indifferent when many people say that religions are inimical to peace or even lead to wars." The president then referred to the Thirty Years' War (1618-1648), which was sparked by religious differences, and also impacted the town of Lindau.

A vocal female presence: "We hope that more women will belong to the next World Council," said Mehrezia Labidi-Maiza, who served as the first vice-president of the Constituent Assembly of Tunisia. She said that "women need to become more visible at all our events." Likewise Layla Alkahafaij, who was imprisoned in Iraq for 10 years during Saddam Hussein's dictatorship and later became an MP in the country's parliament, said: "We want women to get more involved"

This is why, he said, the Religions for Peace World Assembly should send a clear signal that "no war should be waged in the name of religion!" Adding that "faith and religion can be misused for secular reasons or political objectives."

The most recent, religiously motivated terror attacks were a big topic at the summit. The Easter attacks on churches in Sri Lanka with hundreds of fatalities were discussed, as were the horrendous attacks on mosques in New Zealand and the synagogue shooting in Pittsburgh in the United States.

For some, Steinmeier was surprisingly direct when he made his comments about religions. While such outspokenness is not uncommon in Europe, religion can be a sensitive topic elsewhere. A day after Steinmeier's comments, Nigerian cardinal John Onaiyekan echoed the president's sentiments, saying that "the marriage of religion and politics is never a good idea; politics usually takes the role of the husband." He then added: "In Africa, we have experience with husbands." In his view, religion should remain independent.

Reaching out to people

Jose Ramos-Horta, who was the first president of East Timor after independence, was more optimistic. He said that religion is important for peace to remain stable "because of religious leaders, who really connect with ordinary people." 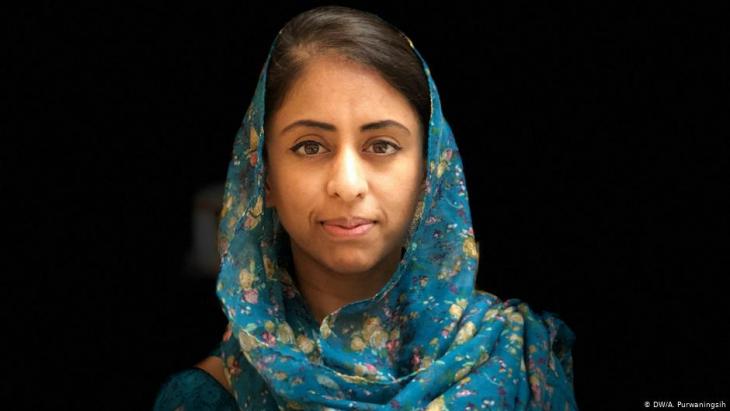 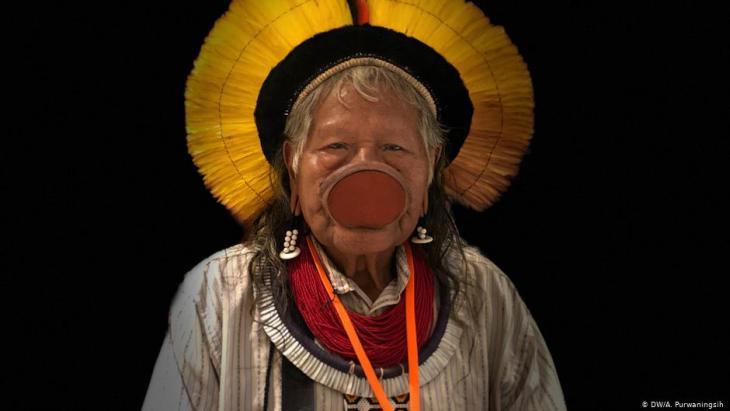 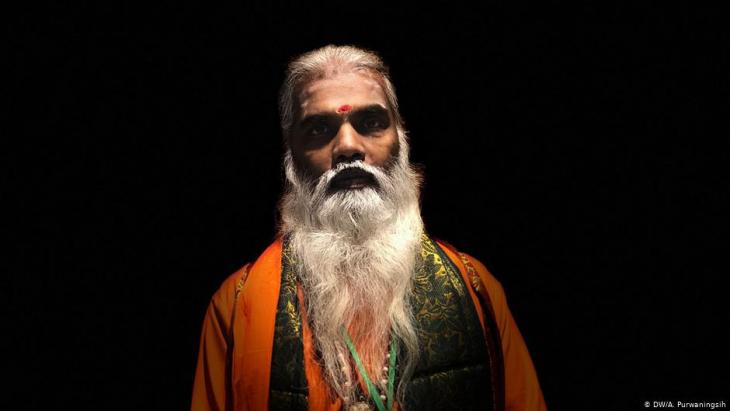 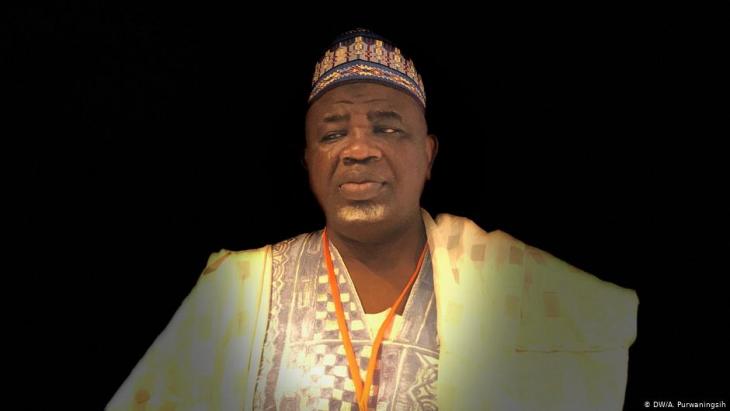 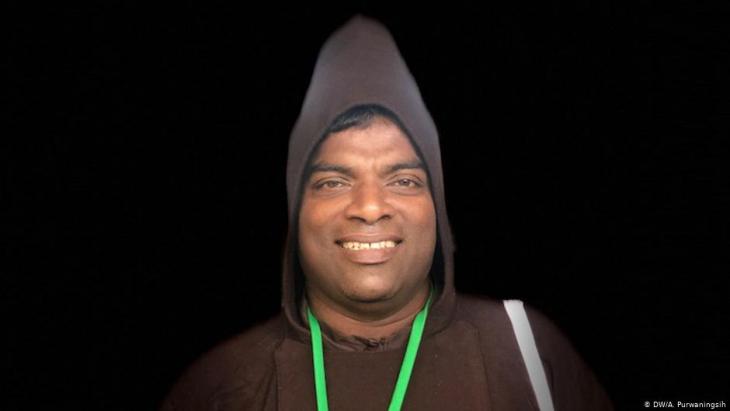 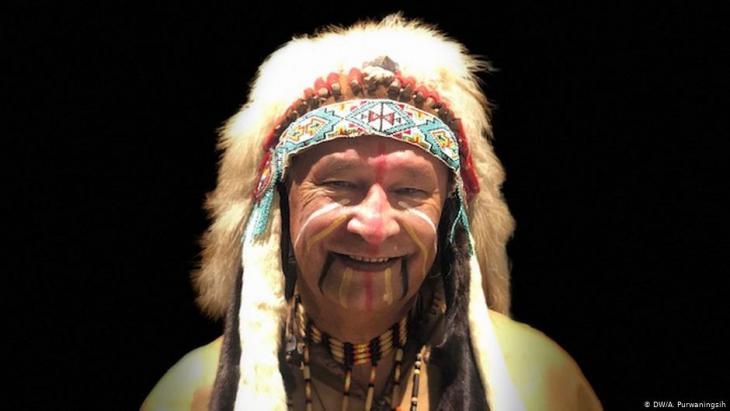 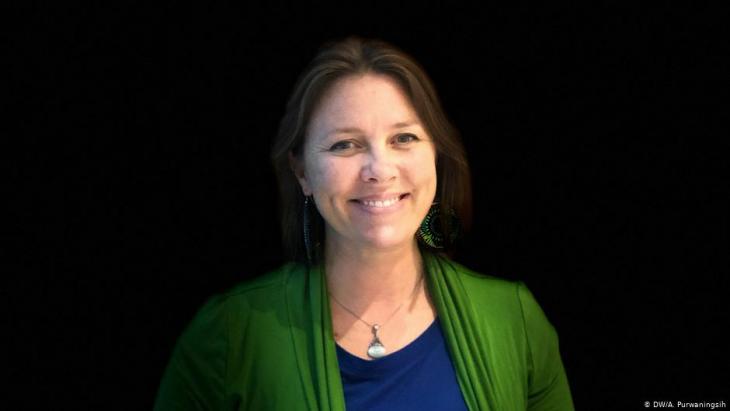 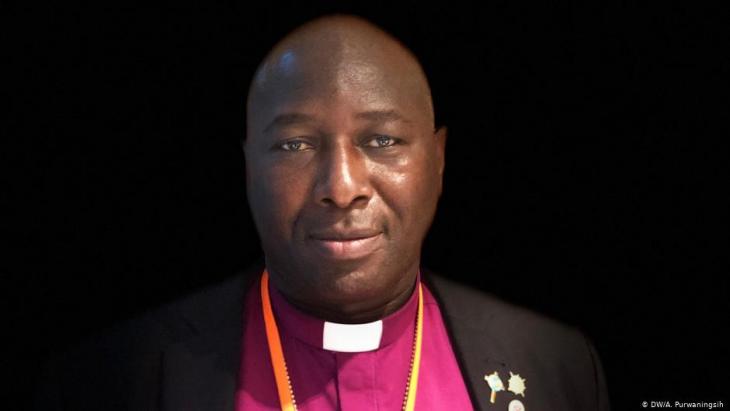 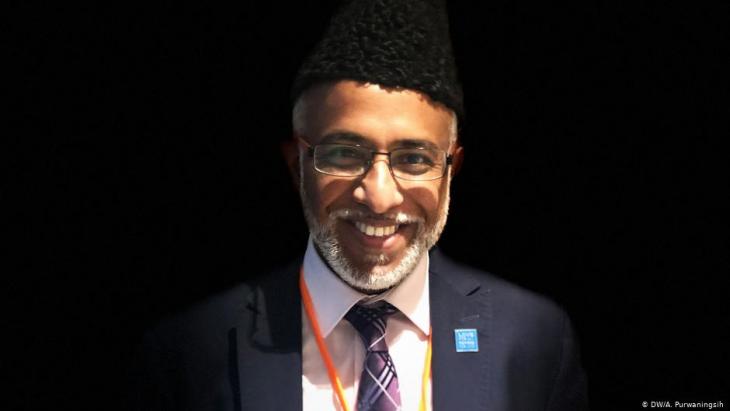 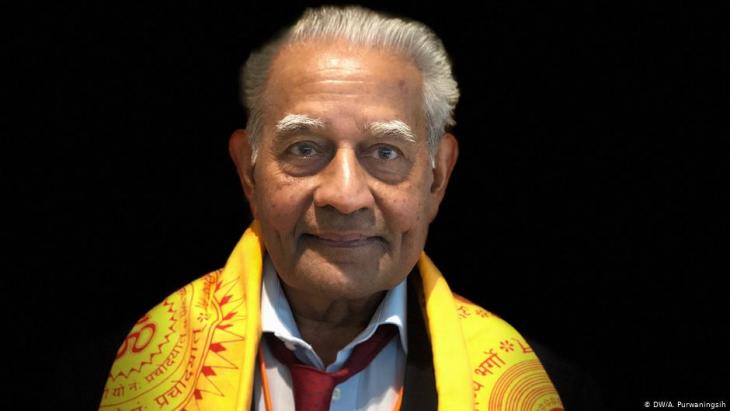 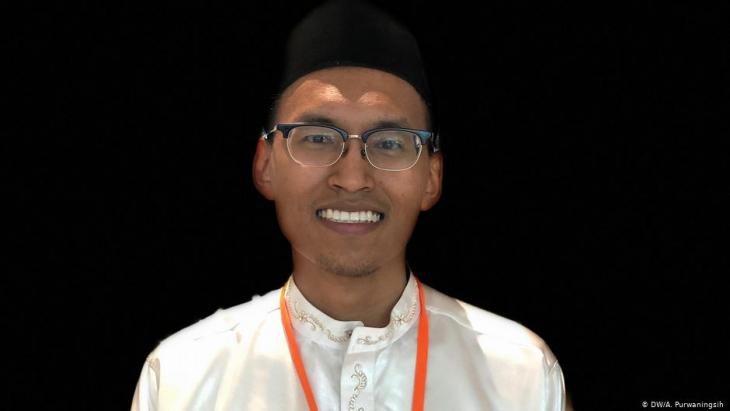 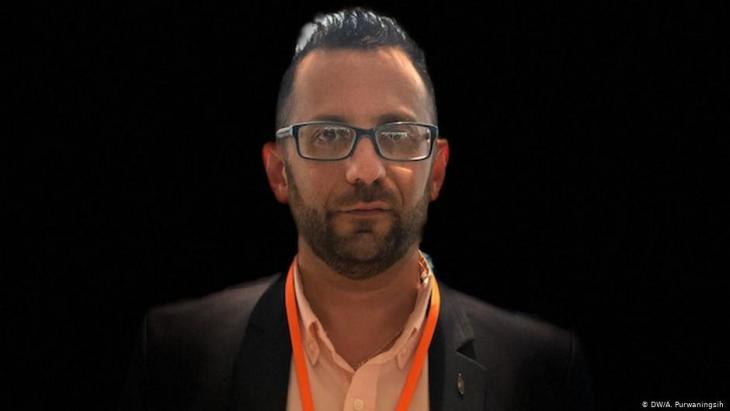 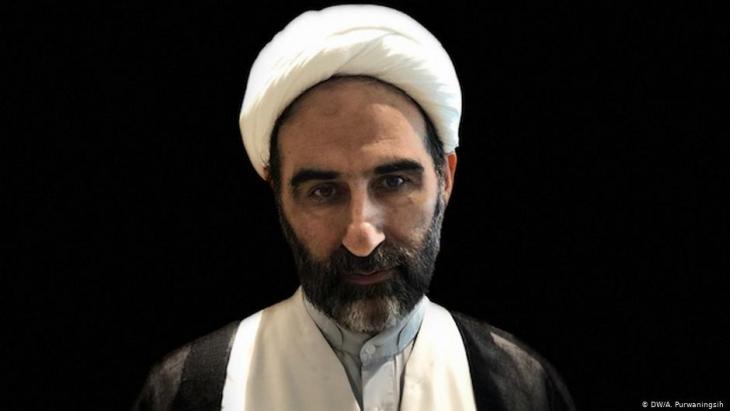 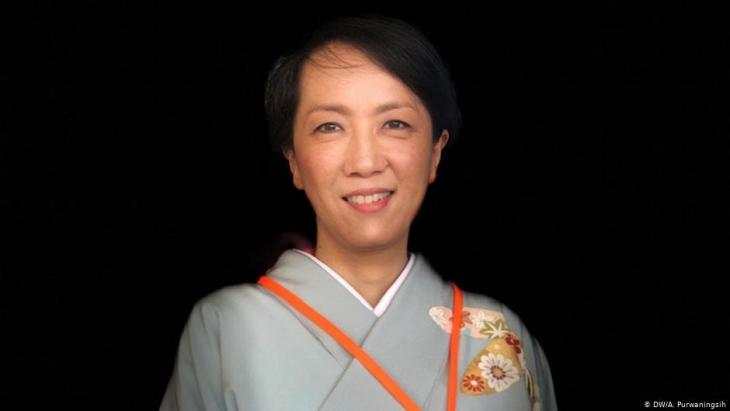 Vinu Aram of India's well-known Shanti Ashram said "I will leave Lindau filled with hope." She said this was also a consequence of the way Germany had dealt with the refugee crisis, on how open-minded the people in Lindau had been.

Religions for Peace, meanwhile, launched two projects to show it is serious about combatting religiously motivated violence. Attendees put up a seven-metre high "ring of peace" along the shore of Lake Constance, and then congregated to issue a promise to protect religious sites from violence – even though in practice, this can prove dangerous. William F. Vendley, the outgoing secretary-general of the World Conference of Religions for Peace, said "religious sites must be protected, including by individuals who have a different faith." Criminologists, meanwhile, presented a method for gathering the DNA of rapists in war and conflict zones. It promises to be more affordable than other methods, and can help women restore their dignity in a judicial sense at least. Both projects will be co-ordinated by religious institutions in order to get ordinary people involved and engaged.

Religions for Peace faces some clear expectations in the coming years. Including for 2020, when Religions for Peace will turn 50. Organisers have already issued official invitations to celebrate the anniversary in Lindau. Germany's best-known female Protestant, Margot Kassmann, will be there, too. She was voted onto the 80 member-strong World Council, which represents Religions for Peace between World Assemblies.

Whatʹs more, William F. Vendleyʹs successor as secretary-general of the World Conference of Religions for Peace is to be a woman. Azza Karam, who was born in Cairo and today holds Dutch citizenship, will be the first woman to be elected to this position. A practicing Muslim, she is just one more indication that our religious world is slowly becoming more gender equal.

Home
Print
Newsletter
More on this topic
Interfaith dialogue: World Assembly of Religions comes to LindauInterreligious dialogue: Like a UN General Assembly of religionsUniversity of Munster: Appealing to the world for peaceGerman president warns against using religion for political gains
Related Topics
Dialogue of Religions, Gender, Places of Dialogue, Women in the Islamic world
All Topics

One in four people in Germany has a migration background, but less than 8% of the members of parliament have foreign roots. Germany is out of touch with reality, says Maissun ... END_OF_DOCUMENT_TOKEN_TO_BE_REPLACED

Germany’s electorate includes some 7.4 million citizens with international roots, while many more millions of residents from abroad aren’t allowed to vote. Both groups are often ... END_OF_DOCUMENT_TOKEN_TO_BE_REPLACED

Germany's foreign policy is explicitly values-based. But what happens, Ralf Bosen asks, when democracy, the rule of law and human rights collide with the logic of trade and ... END_OF_DOCUMENT_TOKEN_TO_BE_REPLACED

No other Western poet was arguably so well-versed in the Koran or so fascinated by Islam as Germany's national hero, Goethe. In a new publication that examines all Goethe's ... END_OF_DOCUMENT_TOKEN_TO_BE_REPLACED

Migrants are often maligned as being responsible for Europe's problems. Yet their integration is in Europe's interest. Michael Thaidigsmann believes that a long-term vision is ... END_OF_DOCUMENT_TOKEN_TO_BE_REPLACED

How could the Afghan government and its institutions collapse so quickly? That things were going wrong in Afghanistan had been obvious for a long time, yet the West preferred to ... END_OF_DOCUMENT_TOKEN_TO_BE_REPLACED
Author:
Christoph Strack
Date:
Mail:
Send via mail

END_OF_DOCUMENT_TOKEN_TO_BE_REPLACED
Social media
and networks
Subscribe to our
newsletter