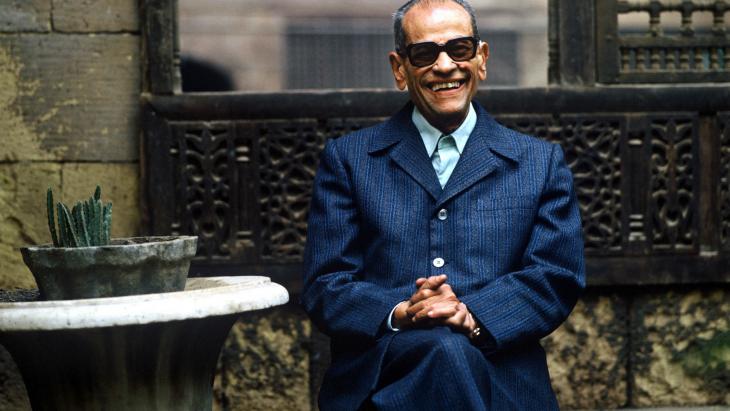 30 August 2016 marks the tenth anniversary of Naguib Mahfouz′ death. Widely regarded as the father of the Arab novel, the Egyptian author won the Nobel Prize for Literature in 1988: ″through works rich in nuance - now clear-sightedly realistic, now evocatively ambiguous″. A volume of his early non-fiction work has recently been published. Marcia Lynx Qualey gives her impressions

Naguib Mahfouz didn′t want his early essays salvaged from out-of-print journals, dusted off and collected in an anthology. It′s easy to see why: Egypt′s Nobel laureate began publishing them in the fall of 1930, when he was a raw philosophy student of eighteen. Among the earliest essays are the plodding ″The Demise of Old Beliefs and the Emergence of New Ones″ and the somewhat shrugging ″Women and Public Office″.

Yet Mahfouz did eventually give in to those seeking to publish his earliest works. A collection of these early essays appeared in Arabic in 2003, when the author was ninety-two. They have now been translated into serviceable English by Aran Byrne and published by the new Gingko Library.

″On Literature and Philosophy″

The towering figure of twentieth-century Egyptian literature was right in his reluctance to publish his juvenilia: the essays do show a voracious hunger for knowledge, but they read, for the most part, like undergraduate papers. These are not his later personal essays, infused with the master′s dreams, passions and experiences. Save for the essays at the very end of ″On Literature and Philosophy″, the writing is a bit pedantic.

And yet, as scholar Rasheed El-Enany notes in his introduction, Mahfouz′s reluctance to publish was also wrong. These essays may not be interesting in their own right and they don′t particularly elevate the Nobel prizewinner′s image. But they give fascinating context to a great novelist′s oeuvre, while also shedding light on the interests of literate Egyptians in the early 1930s. 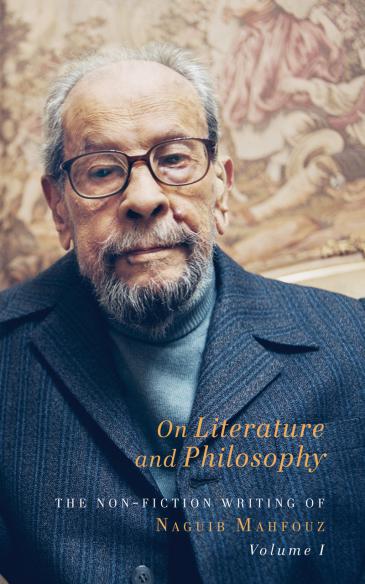 Young Mahfouz believed that science was important not just to technology and philosophy, but to literature as well. Science, he wrote in a 1936 essay, ″grants literature valuable opportunities for perfection with regard to execution and expression″

The earliest essays are completely dispassionate. Like a lecturer in front of a crowded classroom at Fuad I University, Mahfouz takes what he′s learned, which is largely about Western philosophy and painstakingly shares it with the reader. Even when he adopts a position, such as in support of socialism, it is taken somewhat sheepishly.

The treatises on Plato, sex, perception, consciousness and animals are not worth publishing for their own sake, but they do illuminate Mahfouz the careful world-builder. He constructs the universe of Western philosophy one practitioner at a time. His details are occasionally off, but he does an excellent job, giving us a wide panorama – just as he would later in fictions like the Cairo Trilogy.

Mahfouz once said that he had to choose either literature or philosophy – and that he chose literature. That was definitely his calling: there′s no evidence here that Mahfouz would have made a great philosopher. Yet the questions and the rational-scientific bent of philosophy certainly helped shape his narrative temper.

A focus on the West

Another interesting aspect of this collection is that Arab and Muslim philosophers are scarcely mentioned. Indeed, it isn′t until the 1943 essay ″I Have Read (Part 2)″ that Mahfouz mentions Abbas El-Akkad′s ″A Compilation of Islam′s Geniuses″ in passing. And then it′s only a touchstone for his argument about a writer′s freedom of choice: ″The writer is free to write what he likes and readers is [sic] free to read it or not. The freedom of the writer, as has been mentioned, makes its own rules.″

By this time, Mahfouz is nearly thirty-two and a far different writer from his eighteen-year-old self. He has gained both in fire and in certainty. He′s also shifted his interest to Arab and Egyptian artistic and scholarly figures.

In much later years, as in ″Naguib Mahfouz at Sidi Gaber: Reflections of a Nobel Laureate, 1994-2001″, Mahfouz evinces a broad interest in Arabic and Islamic scholarship. But as a young man, his focus was firmly on Western philosophy, beginning with the Presocratics and continuing through Darwin, Spencer and Freud.

Enany′s introduction acknowledges this is a major oversight. He goes on to suggest that it shows the roots of Mahfouz′s opposition to the Muslim Brotherhood′s revivalist Islam. Yet interestingly, the last essay, ″Concerning the Book: Artistic Imagery in the Qur′an″, praises Sayyid Qutb, who went on to become one of the Brotherhood′s leading architects. Mahfouz′s criticisms of Qutb are few and the praise almost as effusive as for superstar singer Umm Kulthoum.

Perhaps Mahfouz′s overreliance on Western philosophy highlights a youthful belief that science and ″progress″ can fix all, much like young Kamal asserts in the Cairo Trilogy. Indeed, one might imagine the early essays were written by Kamal ′Abd al-Jawad. Young Mahfouz believed that science was important not just to technology and philosophy, but to literature as well. Science, he wrote in a 1936 essay, ″grants literature valuable opportunities for perfection with regard to execution and expression.″

A coming of age

The early 1930s essays lack the passion that begins to appear in the final few of the collection. The shift comes as Mahfouz passes his quarter-century mark. At this point, he is no longer sketching out lectures about Western philosophy, but writing about Umm Kulthoum, Zakariyya Ahmed, Abbas El-Akkad and Sayyid Qutb. This is a new Mahfouz, who is interested not just in regurgitating what he′s learned about the West, but in carving out his own rhetorical space.

The 1936 essay ″Art and Culture″ is perhaps a turning point. Here, Mahfouz is in the land between regurgitation and finding his own way. In this space, he asserts a Socratic openness to his own ignorance: ″What we have learned is still but a wave of light on an infinite ocean of darkness.″

It was an attitude that served him well as an innovator of Arabic fiction.

Welcome to the world of Al Qasar, where Arabic music collides head-on with punk and psychedelic to create something powerful and beautiful. "Who Are We" is a raucous, subversive ... END_OF_DOCUMENT_TOKEN_TO_BE_REPLACED

Egyptian authorities have Mada Masr in their sights once again after critical reporting. But the editor of the country's last independent news source is adamant they will continue ... END_OF_DOCUMENT_TOKEN_TO_BE_REPLACED

Like Christianity, Europe's history is one of migration. Both have strong roots in the Orient and in cultures thousands of years old. Cultural historian Bernhard Braun invites us ... END_OF_DOCUMENT_TOKEN_TO_BE_REPLACED

When she ascended the throne, millions of Muslims still lived under British rule. Later, Elizabeth II appealed for tolerance in a multi-religious society. She was the first ... END_OF_DOCUMENT_TOKEN_TO_BE_REPLACED

END_OF_DOCUMENT_TOKEN_TO_BE_REPLACED
Social media
and networks
Subscribe to our
newsletter