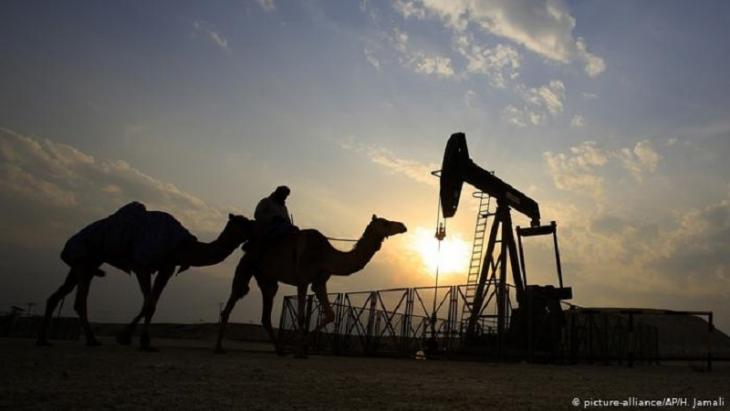 Saudi Arabia’s recent decision to crank up oil production represents a dramatic shift in its thinking about energy markets and its own reliance on oil revenues. Gone are the days when Saudi oil reserves were prudently managed for future generations. By no longer maintaining a specific oil-price band or retaining spare production capacity, the Kingdom is stepping away from its longstanding role as the market’s swing producer.

The change reflects Crown Prince Mohammed bin Salman’s (MbS) view that Saudi Arabia has a relatively narrow window of opportunity to monetise its large oil reserves. He has embarked on a policy of capturing market share rather than trying to set the price, once again breaking with longstanding policies that he believes are no longer useful.

If MbS persists with this strategy, he could significantly alter the dynamics of global energy markets. By keeping prices depressed, Saudi policy will not just drive more expensive forms of oil production out of the market; it will also make it harder for renewable energy to compete with fossil fuels – at least in the near term.

The new strategy became clear on 7 March, a Saturday, when Saudi Arabia decided to cut its official selling price and increase its oil production to above ten million barrels per day, with output in April likely to be near 11 million, up from 9.7 million in recent months. When markets re-opened the following Monday, oil prices suffered their largest single-day decline since 1991.

Reacting to the Russian snub?

Officially, the Saudi action was a response to Russia’s refusal to agree to voluntary oil production cuts at an OPEC+ meeting on 6 March. Since 2016, the Russians and the Saudis have been co-ordinating their production to keep prices elevated at around $50-$60 per barrel.

Yet the net effect of this co-operation has been to help the U.S. shale industry boost its own production and sales, thereby capturing most of the world’s incremental demand. Having suffered declining exports since 2016, the Saudis were probably hoping that a reduction in output would shore up prices at a time of weakening global demand, owing to the coronavirus outbreak.
So why the change of tack? Commentators have offered various explanations, including the intimation that Saudi Arabia might be colluding with Russia to undermine the U.S. shale industry. But such collaboration is highly unlikely. There is little trust between MbS and Russian President Vladimir Putin, who has not forgotten that Saudi Arabia’s oil-market machinations in the 1980s may have played a role in the collapse of the Soviet Union.
Moreover, Saudi Arabia already tried and failed to take on the shale industry in 2014-2016, when it badly underestimated U.S. shale producers’ technical competence and ability to operate at low prices.

On 3 November 2002, Erdogan's newly founded AKP, Justice and Development Party, came to power in Turkey. It has ruled the country ever since, becoming more authoritarian with each ... END_OF_DOCUMENT_TOKEN_TO_BE_REPLACED

Lamya Kaddor, MP for Germany’s Green Party, visited Qatar with a group of parliamentarians. In interview with Claudia Mende, she advocates a differentiated picture and urges that ... END_OF_DOCUMENT_TOKEN_TO_BE_REPLACED

Daniel Barenboim is not only a world-famous pianist and conductor. He has also worked tirelessly to foster understanding and reconciliation between Palestinians and Israelis. By ... END_OF_DOCUMENT_TOKEN_TO_BE_REPLACED

After a two-year hiatus, the Arab League re-convened at the beginning of November in Algiers against a backdrop of uncertainty and discord. By Pierre Boussel END_OF_DOCUMENT_TOKEN_TO_BE_REPLACED

Iran has withdrawn its participation in the Frankfurt Book Fair, accusing the event of meddling in the country's domestic affairs. Organisers have denied the accusation. By ... END_OF_DOCUMENT_TOKEN_TO_BE_REPLACED
Author:
Bernard Haykel
Date:
Mail:
Send via mail

END_OF_DOCUMENT_TOKEN_TO_BE_REPLACED
Social media
and networks
Subscribe to our
newsletter