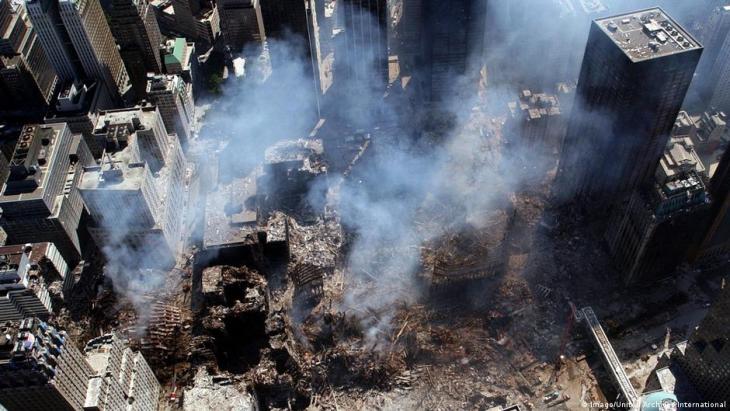 Repercussions of 9/11
The West and the Islamic world – mutually radicalised?

In his book "Ground Zero: 9/11 und die Geburt der Gegenwart" (Ground Zero: 9/11 and the Birth of the Present) Islamic scholar Stefan Weidner analyses the consequences of the attacks on the USA in September 2001. Kersten Knipp spoke with him about failures – as well as opportunities – in the West-East dialogue

Mr Weidner, two weeks ago, EU leaders held talks with Turkey, an important Islamic country and also a transit country for refugees. What do you think of such discussions?

Stefan Weidner: These negotiations evidently did not lead to any particularly tangible results. Like the refugee crisis, I believe the deterioration of relations between the EU and Turkey represents collateral damage from 9/11. We have to remember that at the turn of the millennium Recep Tayyip Erdogan was seen as a beacon of hope and Turkey as a serious candidate for EU membership. 9/11 then gave the conservative critics of Turkey's accession added fuel for the claim that Islam does not belong in Europe.

When Erdogan realised that the EU would remain closed to Turkey, he realigned his strategy, in the process smashing more china than necessary. Today he seems like a driven man, and the refugees are his bargaining chip against the EU. A cynical game.

In your book, you present the streams of refugees as in part a consequence of the cynical policies of some Middle Eastern regimes, such as that of President Bashar al-Assad in Syria. But you also view this development as a secondary result of the hesitant response of the Western world to the Arab revolutions in 2011. What did their reaction look like?

Weidner: Assad didn't have much to lose. He was only really popular with the few people who stood to profit from his regime. He banked on the growing fear of Islam in the wake of 9/11 and tried to discredit the opposition as radical Islamists and drive them into the arms of fundamentalists armed by the Gulf States. And he succeeded, because Europe and the USA hesitated to take action – which was quite understandable after their problematic intervention in Libya.

But this then created a vacuum that the anti-Western forces immediately exploited: Russia, Turkey, Iran and the monarchies of the Gulf. A proxy war developed in Syria in which the West had no proxies and was thus utterly powerless. Assad was and still is ostracised – rightly so, in my opinion. But people are unable to sympathise with the militant, radical Islamist opposition either. The result has been that the pro-Western forces have emigrated – to the West! 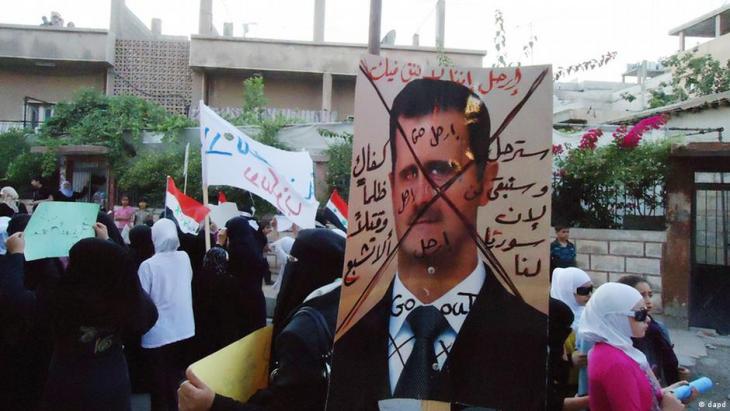 A chance to capitalise: "Assad banked on the growing fear of Islam in the wake of 9/11 and tried to discredit the opposition as radical Islamists and drive them into the arms of fundamentalists armed by the Gulf States. And he succeeded, because Europe and the USA hesitated to take action – which was quite understandable after their problematic intervention in Libya. But this then created a vacuum that the anti-Western forces immediately exploited," argues Weidner

You write that the West also hesitated because the 2011 demonstrators articulated earnest emancipatory demands – including for global equality of opportunity. What did the West find troublesome about that?

Weidner: For one thing, the first revolutionaries and activists were secular and thus pro-Western, but they were also much further to the left of the political spectrum than the Western average and the governments in Europe and the USA. These were people like those who were active in the "Occupy Wall Street" movement. If they had come to power, they would certainly not have embraced the policies the West desired and which the World Bank or the International Monetary Fund (IMF), for example, would have demanded.

On the other hand, any new governments that really wanted to improve the situation of their people as a whole would have been more difficult partners for the West than the corrupt dictators. So the West would hardly have benefitted at all from the victory of the revolutionaries, or at best in a very long-term perspective, which our politics, oriented towards election cycles, unfortunately usually ignores.

In the broadest sense, you also interpret the revolutionary year of 2011 as a missed opportunity in our relations with the Middle East. What might an appropriate response have looked like?

Weidner: The dilemma of European and American policy is not ultimately due to unwillingness or incompetence, but has objective reasons. Should the West have intervened actively, possibly using military means, when people were fighting for freedom, independence, dignity and personal responsibility? In the beginning, hardly any of the activists wanted such interference – it was only later, when everything went wrong, that they appealed for help.

It wouldn't have been necessary to resort to military means to influence the situation. Yet any intervention would nonetheless have been costly, and would have required great resolve and diplomatic determination. Much more pressure should have been put on the Gulf States, up to and including sanctions. The West should not have merely looked on as the Gulf monarchies sided with reactionary forces, or as the revolutions were undermined by radical Islamist ideologies and jihadists.

This was the time to finally make up for what was neglected after 9/11: to call to account the ultimate ideological, logistical and financial culprits – the oil monarchies in the Gulf. The West shied away from this because far too much of our wealth and our prosperity is tied to the undemocratic systems there. We eventually paid the price in another form, with the "refugee crisis" and the rise of right-wing populism in response. 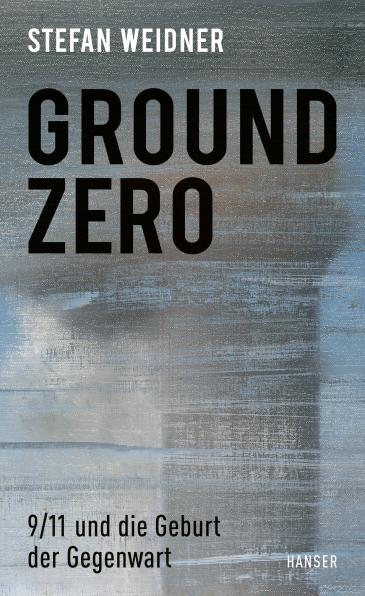 Did Osama Bin Laden shatter the self-confidence of the West? For Stefan Weidner, the story of 9/11 will only be over when we rid ourselves of the bogeymen images of the past 20 years. This would enable the existential problems of humanity – such as climate change – to move to the top of the global political agenda

Let's take another look at the year 2011. In some countries the uprisings of that year were hijacked. In Syria, for example, by the jihadists, in Egypt initially by the Muslim Brotherhood, then starting in 2013 by the military. How do you expect things to develop in future? And what role might the West play?

Weidner: On the surface, the Arab revolutions failed. But perhaps the expectations were simply too high. I think we would do well to look at these revolutions from a broader historical perspective. Then we can see similarities to the European revolutions of the nineteenth century, for example the July Revolution of 1830 and the "Vormärz" period leading up to the revolutions that began in March 1848. They also failed at first, but they were not without consequences, and in the long term produced genuine democracies.

I expect to see major changes in the whole Arab-Islamic world in the coming years and decades. We can help to make these changes positive by cooperating less with the regimes and more with the people, such as the immigrants. Not all of them, but a large portion would be interested in returning to their home country or commuting back and forth. They will strengthen democratic forces and pluralism, will bring back expertise and education to their countries, as well as wealth that they have earned here in Germany and can invest there.

We must encourage these osmotic processes, for example by allowing dual citizenship, to name just one example.

You write that, due to the lapses of the past 20 years, the West has also changed fundamentally and is no longer recognisable. Can you explain what you mean here, with regard to Middle East relations?

Weidner: The decade before 9/11 was an era of confidence, of optimism in Europe and the USA.  That all changed: Even before the coronavirus crisis, a darker mood prevailed. The main causes, along with growing economic inequality and the chaos in the new media world, were the spill-over of the crisis in the Arab-Islamic world; immigration, which seemed to many to have become unmanageable, or was at least portrayed that way by populists; and terrorism, which was no longer just Muslim but suddenly white and Western, for example in Hanau, Halle, Christchurch, etc.

All in all, there was a reciprocal process of radicalisation that also contributed to Donald Trump's success, which in turn exacerbated the negative mood. Extricating ourselves from this situation is difficult, as Biden is now learning with respect to Iran and Afghanistan.

Europe should speak with one voice and ideally – but not necessarily – in unison with the USA. We should act non-dogmatically, perhaps even unconventionally here and there, to create political openness and opportunities. And finally, as I said before, we should focus less on the regimes and more on the people, for example through more liberal visa policies.

The legacy of the Arab Spring: "The Syrian revolution is resumable today and tomorrow"

COVID-19 and terrorism: 9/11, coronavirus – epochal events that force a re-think

The Muslim world and the West: Europe is not under threat

Home
Print
Newsletter
More on this topic
Surveillance and domestic security since 9/11: Like donkeys carrying booksPolitics, inequality and a lack of transparency: Coronavirus and the Middle East's ongoing state of emergencyInterview with Islamic scholar Stefan Weidner: Thinking outside the Western boxInterview with author and essayist Pankaj Mishra: "Secularisation has really created a void of understanding"
Related Topics
9/11, Al-Qaida, Arab Spring, Arabellion, Authoritarianism, Clash of civilisation, Colonialism, Dialogue of Cultures | Intercultural Dialogue, Iraq War, Islam and the West, Muslims in the West, Radicalisation, Right-wing populism, Rule of law, Taliban, U.S. policy in the Middle East
All Topics

Since seizing power in mid-2021, the Taliban have continued to restrict the rights of Afghan women and girls. At the end of 2022, they banned women from attending higher education ... END_OF_DOCUMENT_TOKEN_TO_BE_REPLACED

Since returning to power in Afghanistan, the Taliban have steadily eroded the rights and opportunities of women and girls, particularly their access to education. But Afghans are ... END_OF_DOCUMENT_TOKEN_TO_BE_REPLACED

German imams have publicly expressed their solidarity with the women of Afghanistan. In a letter of protest, the clerics say that the Taliban regime's decree barring women from ... END_OF_DOCUMENT_TOKEN_TO_BE_REPLACED

At the end of every year, the team at Qantara.de gives you a run-down of the ten most-read articles on the site over the past 12 months. Here is a quick overview of the stories ... END_OF_DOCUMENT_TOKEN_TO_BE_REPLACED

The "Weiter Schreiben" (Keep Writing) project promotes literature from war-torn and crisis-stricken regions and has, most recently, shone its spotlight on Afghanistan. Afghan ... END_OF_DOCUMENT_TOKEN_TO_BE_REPLACED

The Islamic Republic has been unable to quell the civil unrest that erupted three months ago, after Mahsa Amini died after being detained for violating hijab rules. Now the ... END_OF_DOCUMENT_TOKEN_TO_BE_REPLACED
Author:
Kersten Knipp
Date:
Mail:
Send via mail

END_OF_DOCUMENT_TOKEN_TO_BE_REPLACED
Social media
and networks
Subscribe to our
newsletter