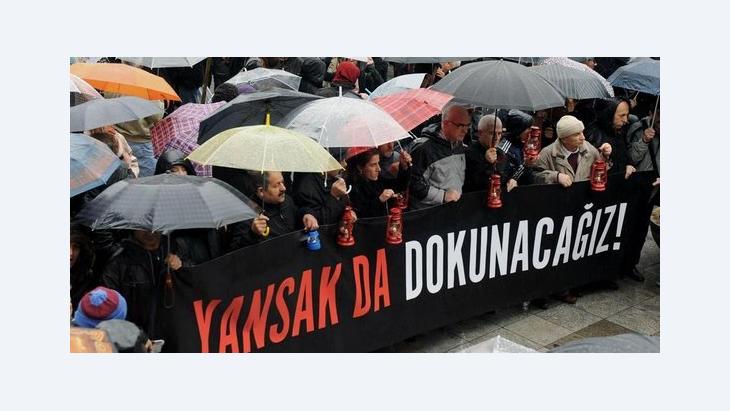 The detention of Ragıp Zarakolu, a past winner of the International Freedom to Publish Award, shows how Turkish anti-terrorism laws are being misused to curtail freedom of expression. By Semiran Kaya

On the evening of 28 October 2011, the Turkish publisher, human rights activist and journalist Ragıp Zarakolu closed the door of his small publishing house in the Istanbul district of Sultan Ahmed and set off home. But before he got there, he was arrested. He wasn't alone; 50 other people were arrested that same evening.

The arrests took place as part of a nationwide wave of detentions aimed at the KCK, or the "Union of Communities in Kurdistan", an allegedly new umbrella organisation of the banned PKK.

According to Turkish media reports, more than 4,000 people have been arrested over the past six months alone, including intellectuals, academics, journalists, human rights activists, artists, lawyers and politicians who are members of legal parties. 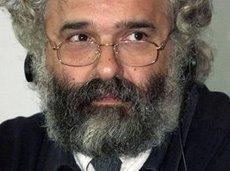 Ragıp Zarakolu, a journalist of international renown and respected human rights activist is one of over 3,500 people who have been arrested in Turkey for being "suspected members of" or supporters of the Kurdish KCK since the start of 2011

​​Both Zarakolu and the political science professor Büşra Ersanlı, who was also arrested and is also a member of Turkey's constitutional reform committee, are accused of holding lectures at the political academy of the Kurdish "Party for Peace and Democracy" (BDP), which holds 36 seats in Turkey's parliament. The authorities say that these actions make them guilty of supporting an "armed terrorist association".

Although the detentions occur as part of "KCK operations", they also target members or sympathisers of the BDP, who are also regarded as supporters of the PKK.

Renowned political scientist Baskın Oran is enraged: "These detentions are absolutely absurd," he says. "Both these people, whom I know very well, have always spoken out against violence, which they abhor. All they do is write and ponder issues in great depth. The arrest of Zarakolu is solely aimed at intimidating other people."

﻿Zarakolu has made a name for himself as a controversial publisher and a defender of the freedom of expression. Marked by the terror of three military coups and the civil war of the 1980s, when corpses lay on the streets like rubbish, he and his wife Ayşe Nur founded the small Belge publishing house in Istanbul, in a bid to intellectually appraise and work through these events. His wife has since passed away. For 20 years, from 1971 to 1991, the chairman of Turkey's Freedom to Publish Committee, who is now 63 years old, was not allowed to leave the country. 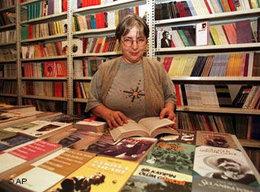 A courageous advocate of the freedom of expression in Turkey: Ayşe Nur Zarakolu was arrested on a number of occasions for her publications

Whether they be on the subject of human rights violations at home, the Kurdish conflict or the Armenian question: Zarakolu's intellectual weapon was and still is publishing books with a passion. The fact that he contributes to social and political debates, breaks taboos and defends the rights of minorities – despite numerous criminal proceedings against him – is what makes him so dangerous in the eyes of the nation's political powers that be.

Emma Sinclair-Webb, the Human Rights Watch representative in Istanbul, is stunned: "It's shocking that Zarakolu and Ersanlı were arrested as part of KCK operations. To detain – of all people – such a man, who has been a hero in the fight for freedom of expression, as a way of boosting the fight against terror, marks an unbelievable low point, particularly within the context of the Kurdish conflict. It means that anti-terrorism laws are being abused to suppress freedom of expression," she says.

The latest report on Turkey by Human Rights Watch confirms that in Turkey, anyone who is critical of Turkey's Kurdish policy runs the risk of being accused of "terrorism". The report says that because of "anti-terror legislation that has been kept deliberately vague", almost anyone can be charged, which is why fear is rife among critics of official policy on the Kurdish issue and the nation's journalists.

A disaster for Turkish democracy

Baskın Oran is evidently unnerved by this state of affairs. "This is about intimidation and fear," he says. "Now that both these people have been detained, it means that anyone in the country can be arrested. It's not just the state, the PKK must also stop killing. But the spiral of violence continues on both sides!"

For Turkish democracy and Turkish civil society, which has taken great pride in its turnabout on the Kurdish question, it is a disaster. An atmosphere of fear reigns – just as in the 1990s.

This would also explain the rather lacklustre protests against the detention of Zarakolu, despite the fact that he is one of the country's best-known and most courageous publishers.

According to the Associated Press news agency, more people have been convicted of "terror crimes" in Turkey than in any other nation since the 11 September attacks – 12,000 out of 35,000 worldwide. And these cases have all emerged in the past five years. In 2005, there were just 273 "proven" terrorists in Turkey. 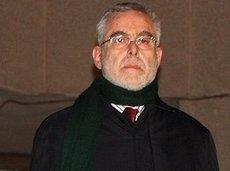 ​​But there are no official statistics. However, the Kurdish BDP parliamentarian Ertuğrul Kürkcü did shed some light on the matter during a parliamentary address in mid January: In 2011, 6,850 people were arrested for "terrorist offences", 3,552 people for being "suspected members of" or supporters of the KCK, 15 mayors, 482 local politicians, 70 journalists and almost 500 students.

This is a chilling record. Necati Abay, spokesman for the detained journalists and writers in Istanbul, provides more detail: "There are presently 4,000 lawsuits and 6,000 investigations against journalists," he says. "So that means that 10,000 journalists are in danger, some of whom have been in detention for four years without being charged. What's also shocking is the fact that with 105 journalists in detention at the moment, Turkey holds the worldwide 'record'. The government is turning the nation into a prison in the name of fighting terrorism!"

Although Abay himself was sentenced to 18 years and nine months in prison for his political activities, he remains committed to achieving justice for his colleagues to this day. Like Zarakolu, Abay is also a courageous lone fighter – even Turkish ministries turn to him when they need reliable statistics on detained journalists and other background information.

Due to the large number of people detained, in the case of Zarakolu it is safe to assume that it will be at least a year before the trial opens at all.

Home
Print
Newsletter
More on this topic
Turkey's Military versus the Government: From Military Tutelage to Civilian Authoritarianism?15 Years of Açık Radyo in Turkey: Open to All the Voices of the UniverseIranian Journalists under Pressure: Arrest or Exile
Related Topics
9/11, Abdullah Gul, Democracy and civil society, Freedom of the press, Hrant Dink, Human rights, Justice and Development party (Turkey), Media in Turkey, Recep Tayyip Erdogan, Turkey and the EU
All Topics

This year Annemarie Schimmel, the great German scholar of Islamic studies, would have turned 100. Unique within the German and international academic community of her time, ... END_OF_DOCUMENT_TOKEN_TO_BE_REPLACED

The Palestinian militant organisation Hamas, with Hezbollah's help, is building up a military presence in Lebanon, the ultimate consequences of which could be devastating, writes ... END_OF_DOCUMENT_TOKEN_TO_BE_REPLACED

More and more voices are being raised in Turkey that challenge previous versions of the country's history. These alternative accounts, still largely ignored by official quarters, ... END_OF_DOCUMENT_TOKEN_TO_BE_REPLACED

Violence against doctors and lawyers in Turkey has been growing in recent years. But instead of taking action, the government is openly hostile towards two unions representing the ... END_OF_DOCUMENT_TOKEN_TO_BE_REPLACED

The Sufi Trail is a long-distance hiking route from Istanbul to Konya that seeks to revive the ancient tracks used by foot pilgrims on their way to Mecca. Marian Brehmer spoke to ... END_OF_DOCUMENT_TOKEN_TO_BE_REPLACED

Foresight is needed to turn the tide of German policy. Being independent of Russia must not lead to dependence on authoritarian regimes in the Middle East. By Kristin Helberg END_OF_DOCUMENT_TOKEN_TO_BE_REPLACED
Author:
Semiran Kaya
Date:
Mail:
Send via mail

END_OF_DOCUMENT_TOKEN_TO_BE_REPLACED
Social media
and networks
Subscribe to our
newsletter