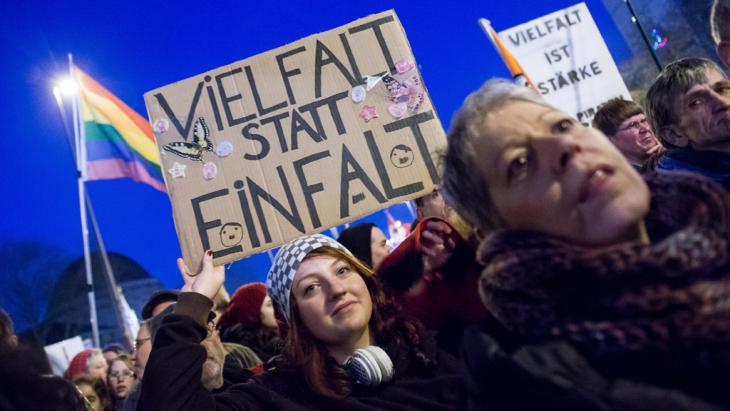 Resistance to Pegida
"Intolerance must not be tolerated"

Against the backdrop of the Pegida protests, politicians in Germany must finally recognise that Islamophobia is a form of racism. Unfortunately, most decision-makers in this country are still a long way off doing that, says Armin Langer, co-ordinator of the Salaam-Shalom initiative in the Berlin district of Neukölln

"Did you know that in the Old Testament, God calls on the Jews to enslave the peoples of the earth?" This is a quote from Julius Streicher, founder and publisher of the anti-Semitic hate-sheet "Der Stuermer" in the 1920s and 30s.

At the time, such comments took aim at what was described as a "Jewish land-grab". Today, the district mayor of Neukölln, Heinz Buschkowsky, looks out of his office window onto Karl Marx Straße and sees "nothing but veiled women there". He sees an "attempt at a gradual land-grab by fundamentalism aimed at creating a social order different to the one we refer to as Western democracy." When members of Young Socialists in Neukölln asked pedestrians on Karl Marx Straße what they thought of the ominous Buschkowsky quotes, many of them presumed them to have been uttered by a representative of the far-right nationalist NPD.

Today we're reading similar statements about Muslims, who are now being assigned the racist role of the scapegoat for all problems: they've already turned Neukölln into a little Islamabad, and the same will happen to Dresden in five years' time, wrote Henryk M. Broder in the newspaper "Die Welt". 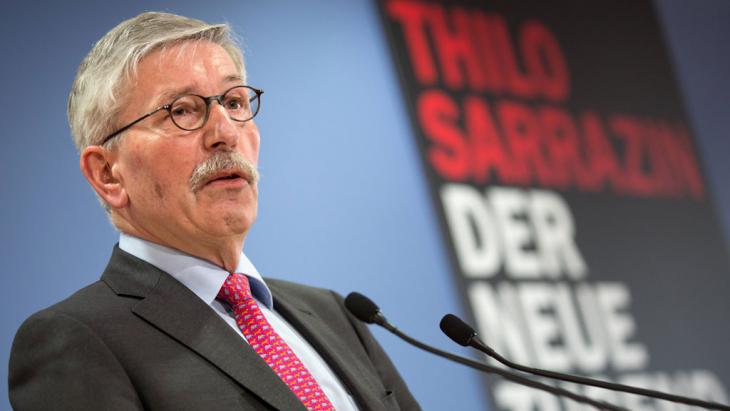 Thilo Sarrazin. "Buschkowsky, Broder, Alter and many others, such as Thilo Sarrazin or Alice Schwarzer, have contributed to the fact that 80 years after the Shoah, it has become socially acceptable in Germany to defame and demonise a religious, cultural minority," writes Armin Langer

Back then it was the Jews who had criminality flowing through their veins. Today it's youngsters with a Turkish or Arab background who are per se referred to as criminal and as a danger to the "Western world". Rabbi Daniel Alter from Berlin's Jewish community says that Neukölln is a no-go area for Jews, because the Muslims represent a threat to them.

During the Third Reich, Propaganda Minister Joseph Goebbels held up Herschel Grynszpan as the living proof of the violent nature of the Jews. Grynszpan was a religious Jewish terrorist who killed a German diplomat during an attack in Paris in 1938. Today, the anti-Muslim journalist Alice Schwarzer makes reference to the two men who killed innocent caricaturists in Paris in her search for a reason for her "criticism".

We, hundreds of Jews in Neukölln, hold a very different view. This view led to the creation of our initiative, the Salaam-Shalom Initiative, which we founded together with our Muslim and migrant neighbours and which works against anti-Muslim hate campaigns and for peaceful co-existence in Neukölln, Berlin and beyond.

Buschkowsky, Broder, Alter and many others, such as Thilo Sarrazin or Alice Schwarzer, have contributed to the fact that 80 years after the Shoah, it has become socially acceptable in Germany to defame and demonise a religious, cultural minority. The Pegida movement is exploiting this fortuitous situation, one in which the public does not view anti-Muslim remarks as racism.

When defamation and demonisation is tolerated in public discourse, this quickly leads to violence. Incidences of Islamophobia are being documented in Germany on an almost daily basis. Mosques are being set ablaze, Muslim citizens are being attacked on the streets. It is the same picture – or even worse – in other European countries too: three mosques were set on fire in recent weeks in Sweden alone.

But those who join the Pegida rallies stress that these are peaceful demonstrations, or least their banners make this claim. If migrants are attacked following their protests in Dresden and other German cities, they say, this has nothing to do with them. 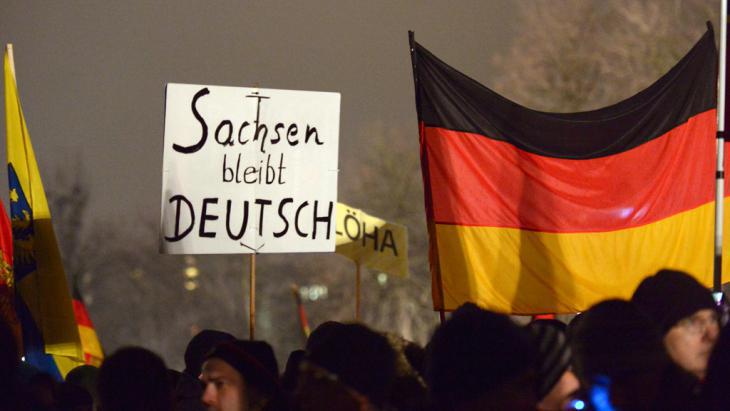 This attitude sounds familiar to me. Streicher wrote something similar in the year 1943: "During these 20 years I never once wrote that we should set fire to the houses of Jews or beat them to death. Such a demand never appeared in the Stuermer."

Those who take part in Pegida demonstrations must know where their prejudices, their slogans and their demonstrations lead. This isn't about Islam; it's not even necessarily about Muslims: it's about "othering", portraying people as foreign. Until the Shoah, this other was the Jew; now the others are the migrants, the Muslims, the "people of colour".

People who have chosen to be German

It is our job to halt the anti-Muslim and anti-migrant campaigns being conducted in the public arena. We will not allow our cities to be used for these purposes. Intolerance must not be tolerated.

The first step would be for politicians to finally recognise that Islamophobia is a form of racism. But most politicians and decision-makers in Germany are still a long way off doing this. Secondly, editors should not allow the publication of reports with anti-Muslim content. Measures to heighten awareness, such as those taken to heighten awareness about anti-Semitism, would be welcome.

Home
Print
Newsletter
More on this topic
Website of the Salaam-Shalom Initiative (German only)Attack on the French satirical magazine "Charlie Hebdo": Do not be deceived!The perception of Islam as the enemy: When fear creeps inThe Muslim world and the West: Europe is not under threat
Related Topics
Dialogue of Religions, Integration in Germany, Islam in Germany, Islamophobia, Muslims in the West, Pegida, Places of Dialogue, Xenophobia
All Topics

Giessen, Eichsfeld, Kusel, Berlin – cars bearing old German number plates are the latest trend on the streets of Cairo. Many Egyptians regard the discarded plates as chic. What ... END_OF_DOCUMENT_TOKEN_TO_BE_REPLACED

Tunisia has been going through a severe economic and political crisis in recent years. More than one in three young people there are unemployed. For many skilled, qualified and ... END_OF_DOCUMENT_TOKEN_TO_BE_REPLACED

German imams have publicly expressed their solidarity with the women of Afghanistan. In a letter of protest, the clerics say that the Taliban regime's decree barring women from ... END_OF_DOCUMENT_TOKEN_TO_BE_REPLACED

At the end of every year, the team at Qantara.de gives you a run-down of the ten most-read articles on the site over the past 12 months. Here is a quick overview of the stories ... END_OF_DOCUMENT_TOKEN_TO_BE_REPLACED

Social engagement is often motivated by religious factors. A new book explores the background to these community efforts and appraises how effective they are in helping to ... END_OF_DOCUMENT_TOKEN_TO_BE_REPLACED

The government in the Netherlands, one of the last European nations to abolish slavery, has made an historic apology. But some feel that there is still a long way to go. By Ella ... END_OF_DOCUMENT_TOKEN_TO_BE_REPLACED
Author:
Armin Langer
Date:
Mail:
Send via mail

END_OF_DOCUMENT_TOKEN_TO_BE_REPLACED
Social media
and networks
Subscribe to our
newsletter