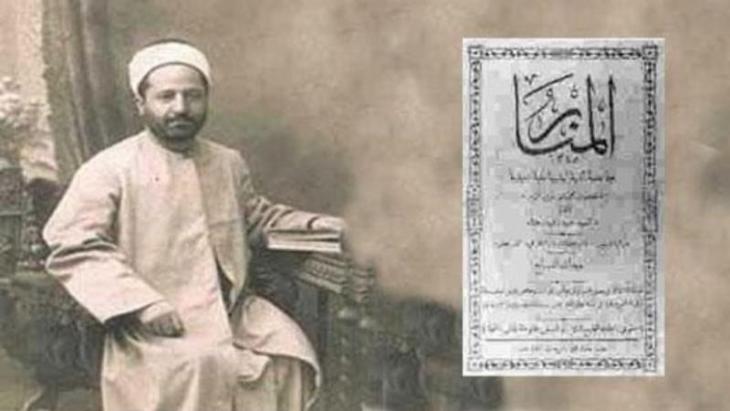 Leor Halevi’s latest work examines how Muhammad Rashid Rida with his pro-capitalist and open-market fatwas promoted a version of "laissez-faire Salafism" at the turn of the 20th century. Muhammed Nafih Wafy read the book

In today’s media parlance, the term fatwa carries a lot of negative connotations and reactionary overtones. It has become a convenient keyword to sensationalise a news item about, say, a death threat, an edict to ban a book or work of art, or any dictatorial command that is meant to be obeyed without question.

Faced with so many negative associations, it has become very hard to link fatwa to any positive, enlightening development, let alone understand it as an instrument of accommodation or a vehicle of socio-economic reform.

But throughout Islamic history, fatwas (roughly translated as 'legitimate opinions of the scholars') played a significant role in providing intellectual guidance to the Muslim masses. Far from being instruments of threat or oppression used to impose a rigid ideological superstructure, fatwas from time to time helped Muslim societies reconcile their faith with the evolving socio-economic dynamics of the world in which they lived.

In other words, instead of being a ruling issued by a reactionary scholar who wanted society to stick to traditional ways of living, fatwas have served as vehicles of progress and innovation. As instruments of dynamism and accommodation, they have helped Muslims broaden their understanding of Islam, enabling them to adapt to the new realities of life without breaking with their religious tradition.

You may also like: Reforming Islam –Show me the Sharia

A means of furthering civilisation

At every critical juncture of the evolution of Islamic civilisation, scholars are seen to express enlightened opinions - quelling any doubts within society - to further the mission of civilisation building.  A cursory look at the origin and evolution of Islamic jurisprudence, with its multiple streams and tributaries, shows us the role of fatwa in pushing back the frontiers of religious scholarship and bringing about social dynamism. 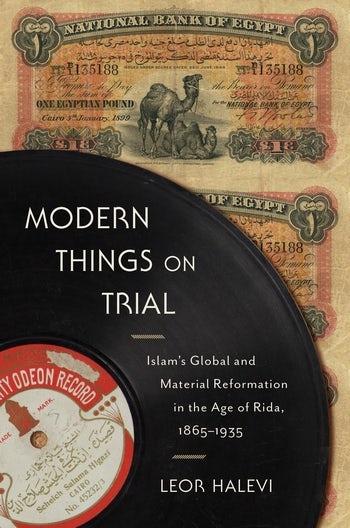 "Al-Manar’s fatwa requests and fatwas did not reflect the retreat of the Sharia in the era of European dominance or growing secularism; they rather reflected the Sharia's advances into new areas of religious interest," Halevi writes. Rida sought to promote a version of laissez-faire Islam that was "perfectly compatible with modern European civilisation, nearly all of its technological advances and many of its conveniences, including toilet paper"

Leor Halevi’s Modern Things on Trial: Islam’s Global and Material Reformation in the Age of Rida, 1865–1935 examines the contributions of Muhammad Rashid Rida’s fatwas in creating what might be termed "laissez-faire Salafism" at the turn of the 20th century.

Rida, an influential but controversial Islamic reformer, handled a dedicated section of fatwas in his journal al-Manar (The Lighthouse) from 1903 till his death in 1935.

Over the 32 years, he issued as many as 1,060 fatwas, which were posthumously compiled in a six-volume compendium. A major chunk of these fatwas, which were not legally binding or enforceable, were responses to the queries from his readers and ordinary people from all four corners of the Islamic world.  They served a globalised and trans-imperial community of Muslim readers.

An Egypt-based Syrian journalist with a background in Islamic studies, Rida was not a traditional scholar in the strict sense of the word. As a result he never fashioned himself as an official mufti, but presented himself as a reformer, issuing fatwas as the independent, entrepreneurial publisher of an Islamic magazine.

Embracing the fruits of modern technology

Halevi counts Rida among a number of Islamic jurists and scholars who wrote "accommodating fatwas" that encouraged Muslims to embrace the fruits of modern technology and its way of life as long as they did not clash with the ethos and fundamental values of Islamic faith.

In his pragmatic fatwas, Rida employed "his legal toolkit" to adapt Islamic law to the changing material circumstances, thereby helping resolve the tension between commercial and devotional pursuits.

When issuing his decrees, Rida trod a thin line between religious conformity and religious deviance: many of the questions he received revolved around some of the burning religious controversies of the time concerning new products, technologies and enterprises.

Some of them included the adoption by Muslims of European and American technologies, their use of modern commodities such as toilet paper, banknotes, gramophone records, ties, hats, and sexy French trousers, not to mention the exploitation of new commercial opportunities.

Home
Print
Newsletter
More on this topic
Islam in the Middle East: The curse of religiosityIslam's internal debate on reform: The battle for interpretational supremacyIslamism in the past and the present: From anti-colonialism to global jihad
Related Topics
Abdul Fattah al-Sisi, History of Islam, History of the Near and Middle East, Islamic philosophy, Islamophobia, Koran | Quran, Quranic studies | Koranic research, Reform Islam, Science, Sharia
All Topics

The history of Jews and Muslims is far more entangled than you might imagine – but you have to listen out for it. In "Recording History", Christopher Silver takes us on a sonic ... END_OF_DOCUMENT_TOKEN_TO_BE_REPLACED

Welcome to the world of Al Qasar, where Arabic music collides head-on with punk and psychedelic to create something powerful and beautiful. "Who Are We" is a raucous, subversive ... END_OF_DOCUMENT_TOKEN_TO_BE_REPLACED

Like Christianity, Europe's history is one of migration. Both have strong roots in the Orient and in cultures thousands of years old. Cultural historian Bernhard Braun invites us ... END_OF_DOCUMENT_TOKEN_TO_BE_REPLACED

Russia is leaving no stone unturned in its attempts to make the Islamic Republic an ally in the war against Ukraine. Fortunately for Vladimir Putin, the mullahs in Tehran are ... END_OF_DOCUMENT_TOKEN_TO_BE_REPLACED
Author:
Muhammed Nafih Wafy
Date:
Mail:
Send via mail

END_OF_DOCUMENT_TOKEN_TO_BE_REPLACED
Social media
and networks
Subscribe to our
newsletter