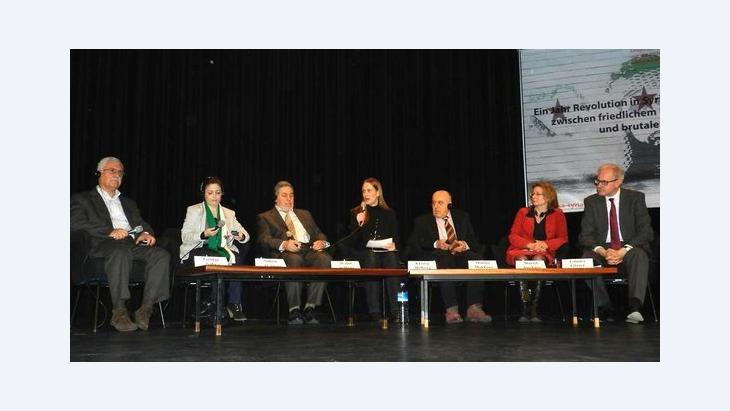 One year after the uprising in Syria began, opposition groups are calling for military support from abroad. The fragmented opposition displayed complete unity at a panel discussion in Berlin. Bettina Marx reports

For over a year now, the people in Syria have taken to the streets, demanding democracy, freedom and the end of the regime. But President Bashar al-Assad continues to brutally oppress the uprising against his rule.

According to opposition figures, more than 11,000 people have died, including over 800 children. Tens of thousands of demonstrators have been thrown into prison and tortured, said Walid Saffour, head of the Syrian Human Rights Committee in London.

Many have disappeared, others are still being detained at military bases, Saffour said at a recent podium discussion in Berlin hosted by the Union of Syrian Students and Academics. 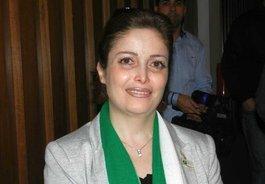 Race against a regime: The Syrian activist Suheir al-Atassi was among the first protestors who dared take to the streets of Damascus a year ago

​​The prominent Syrian activist Suheir al-Atassi was among the guests at the event in the German capital. The 49-year-old daughter of a former minister has been a member of the opposition for years. She was among the first protestors who dared take to the streets of Damascus a year ago where she was arrested and detained. After her release from prison, she went into hiding and continued her fight from underground.

Atassi said that despite the massive force by the regime against the opposition, many Syrians experienced the uprising as a celebration of democracy. She passionately called for support for the Syrian opposition - also with military means.

"We are currently in a race against a regime that is being upgraded by Russia and Iran," Atassi told participants. The West should therefore provide the Free Syrian Army (FSA) with weapons so that the people can protect themselves against government troops.

"If we want to protect ourselves, we have to reach for arms," said Makhous, the SNC's coordinator for international relations who lives in exile in France. He warned the West from holding back for too long. If Europe didn't help opposition fighters in Syria with weapons, others would do so. In that case, he said, there was a danger that extremist groups such as al Qaeda took advantage of the opposition's desperation and filled the vacuum. He hoped therefore that Saudi Arabia and Qatar would make good on their announcement to deliver weapons to the FSA.

No support for intervention from Germany 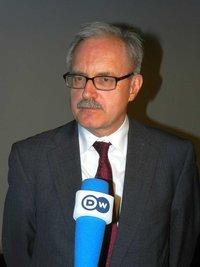 ​​But calls for a military intervention or the arming of the opposition are falling on deaf ears in Germany. The government continues to seek a peaceful solution to the inner-Syrian conflict, said Berlin's coordinator for Middle East policy Boris Ruge. He said he was aware that the Syrian opposition viewed this stance critically, but the militarization of the conflict was tied to immense risks. At the same time, the German government explicitly viewed the population's self-defense against the regime's random attacks to be legitimate.

The Social Democrat SPD parliamentarian Günter Gloser said he supported this position. The rapporteur on Middle East issues for the SPD parliamentary group and a former deputy foreign minister, Gloser said the pressure on Russia needed to be increased to cease supporting Assad.

"You can't take the Syrian people hostage," he said. He said he set his hopes on the Friends of Syria Group, a contact group of some 60 countries who are aiming to force Assad to give in using diplomatic means and economic sanctions.

Muriel Asseburg from the German Institute for International and Security Affairs SWP in Berlin also said she was against arming the Syrian opposition. This would ultimately only play into the hands of the regime, which wants to continue the militarization of the conflict.

"This is what the regime wants," said Asseburg, who heads SWP's Middle East research division. "The regime wants to take military action and it will win by military means." She therefore considered it more important to support the civilian opposition.

But a negotiated settlement along the lines of Yemen's was impossible, she said. The Assad family was far too personally involved in the atrocities to enable such a solution. This did not mean, though, that Assad couldn't also leave the country one day, as Yemen's president Ali Abdullah Saleh did.

No fear of tensions 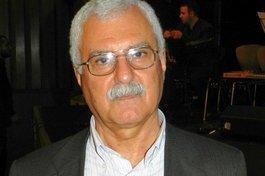 Not afraid of post-Assad Syria: In a democratic and secular state it doesn't play any role which denomination citizens belonged to, said George Sabra

​​The Syrian opposition is viewed to be at odds with each other. The SNC - founded in Istanbul, Turkey last year - is supposed to serve as an umbrella organization for all opposition groups. But it also suffers from internal tensions and the splitting-off of prominent representatives. But opposition groups at the panel discussion in Berlin to a large extent displayed unity and were confident about various population groups living together peacefully in a post-Assad Syria.

George Sabra, a member of the SNC Secretariat General, said he was not worried about the rights of religious and ethnic minorities. The regime was fueling the fear of Islamism spreading in Syria. In a democratic and secular state, though, it didn't play any role which denomination citizens belonged to. The rights of minorities would be clearly fixed within a democratic constitution.

"We want a modern state, like in Europe," said Sabra, a member of the Christian minority in Syria. "We want to elect the people who govern us."

Activist Saffour, who maintains close ties to the Muslim Brotherhood, agreed with Sabra. A government had to serve its citizens, he said. In a democratic Syria, every group should be able to realize its rights within the framework of the constitution.

Tourists have been returning to Tunisia, Egypt and Morocco. But, given the global uncertainty caused by the Ukraine war, will the comeback be enough to save a struggling sector, ... END_OF_DOCUMENT_TOKEN_TO_BE_REPLACED

The highly controversial Indian blockbuster "The Kashmir Files“, on the exodus of Kashmiri Hindus in the 1990s, is characterised by unilateral representations, negative ... END_OF_DOCUMENT_TOKEN_TO_BE_REPLACED

"Flugt" is the world's first museum dedicated to the stories of those forced to flee. The new museum, which focuses on the fates of refugees then and now, is housed in a former ... END_OF_DOCUMENT_TOKEN_TO_BE_REPLACED

"Finding Home", the second album by Syrian-born, UK-based musician Maya Youssef, works through feelings of loss and destruction until its music reaches a place beyond war and ... END_OF_DOCUMENT_TOKEN_TO_BE_REPLACED

END_OF_DOCUMENT_TOKEN_TO_BE_REPLACED
Social media
and networks
Subscribe to our
newsletter