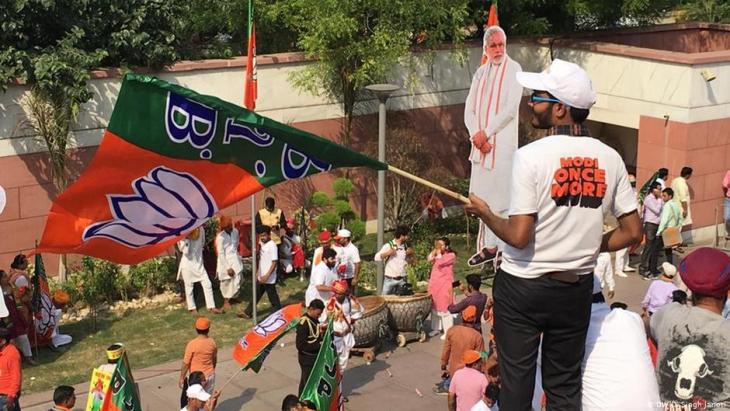 In Indiaʹs recent elections, the ruling NDA secured 45% of the vote. The fractured oppositionʹs message of inclusivity and justice was no match for Modiʹs brand of jingoistic populism. But what are the implications for Indian society? By Aditi Roy Ghatak

Soon after winning the general elections in India, Narendra Modi promised that he would be prime minister of all Indians; not only of those who voted for him. Minorities, he said, need not fear. The international media praised this new rhetoric as a welcome sign of moderation.

India’s minorities, including almost 200 million Muslims along with Dalits, Adivasis, Christians and others, however, hope that their worst fears will not be realised. They have been familiar with Hindu extremist speak for decades, and statements by some elected leaders induce fear. The unstated message is that minorities have nothing to fear as long as they accept Hindu dominance, but this rule does not apply consistently, as recent hate crimes and their handling confirm. Indians remember the Gujarat riots in 2002, when Modi, then the chief minister of the western Indian state, failed to stop the massacre of Muslims.

"Enemies of the people"

According to the constitution, India is a secular nation and accepts all religions – a position that is increasingly being questioned. Worse, those who disagree are labelled "enemies of the people". Amongst others, five human-rights activists and academics arrested in August last year are still in jail for having stood up for the rights of the oppressed. Independent journalists, civic leaders and intellectuals are harassed, attacked and even killed. Journalist Gauri Lankesh was probably the most prominent victim.

Video-taped murders of Muslims go viral and vigilante groups carry out attacks over beef eating and inter-caste marriages. Alleged terrorists are even rewarded with political positions. 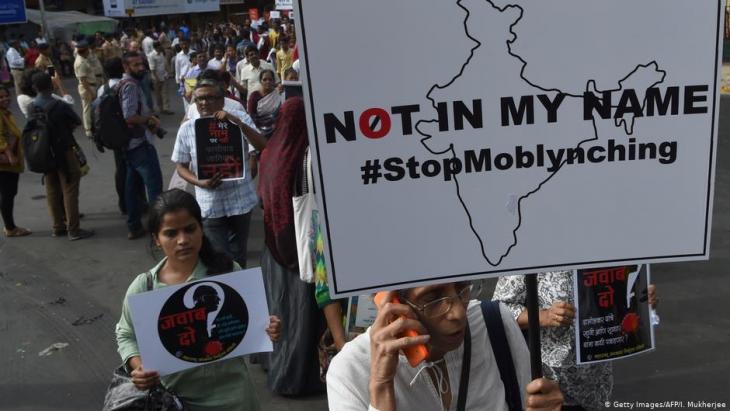 A prime minister for all Indians? Soon after winning Indiaʹs recent general elections in India, Narendra Modi announced that minorities need not fear. Familiar with Hindu extremist speak for decades, India’s minorities, including almost 200 million Muslims, are capable of reading between the lines: minorities have nothing to fear as long as they accept Hindu dominance – but this rule does not apply consistently, as recent hate crimes and their handling confirm

Pragya Singh Thakur, accused of conspiracy in the 2006 Malegaon blast case, is a member of parliament. Yogi Adityanath, chief minister of Uttar Pradesh, India’s most populous state, has seen no reason to apologise for his alleged hate speech.

On the one hand, the killer of Mahatma Gandhi is resurrected as a hero, and on the other, fantasies based loosely on ancient mythology now trump scientific insights, as bigotry, xenophobia and misogyny run wild.

The Narendra Modi victory is in keeping with the international trend of victorious right-wing populists. They thrive on divisive action while insisting on organised unity. His policies sound good in theory, but have failed the grassroots test thus far.

Pakistan and India have fought three wars and countless skirmishes, but as summers get hotter with climate change, their peoples are united by love for a cooling 115-year-old pink ... END_OF_DOCUMENT_TOKEN_TO_BE_REPLACED

Anger in the Middle East is spreading over comments made by an official of India's ruling BJP about the Prophet Muhammad, with various countries summoning New Delhi's envoy and a ... END_OF_DOCUMENT_TOKEN_TO_BE_REPLACED

Heavy rains and storms are causing huge floods and high water in both countries. Tens of thousands of people have had to leave their homes so far. ... END_OF_DOCUMENT_TOKEN_TO_BE_REPLACED

As the scorching sun beat down on his fruit cart, Mohammad Ikrar dreaded another day of tossing out dozens of rotting mangoes and melons – a regular practice now, as India ... END_OF_DOCUMENT_TOKEN_TO_BE_REPLACED

Twenty-eight-year-old photojournalist Masrat Zahra documents the situation in India-administered Kashmir with her camera. In this interview with Elisa Rheinheimer, she talks about ... END_OF_DOCUMENT_TOKEN_TO_BE_REPLACED

Comments for this article: Modi won – but did India?

You people can’t affect modi’s reputation in front of the whole world…. By doing this kind of silly propaganda. I don’t what is the problems you have with india…. Pellet guns are used against those who throws a 400 gram of stone to the security forces with a speed 90km/hr… U ppl will not show the news of more than 900 security officials are admitted in the hospitals at this moment…. You ppl will not tell about the best policies bjp had to serve the poorest in this 5 years, you ppl will not talk about the rise of ISIS in the kashmir Valley ????????. Wow great journalism… It is people like you who stay in their ac rooms without seing the actual ground tries to fit their contents according to their propaganda..from biased news articles ??…. Good journalism congratulations.. ??????????. Try how much you can…. Bjp have alone got more than 300 sits ??. You ppl can’t do any harm to modi’s image.. But you ppl will get yourself criticised…. Bark how much you can.. It is all becoming very funny nowadays ????

What do you mean "supposed enemies"? Wake up madam!

END_OF_DOCUMENT_TOKEN_TO_BE_REPLACED
Social media
and networks
Subscribe to our
newsletter