A Turkish Love Story in Berlin

The Turkish writer Sabahattin Ali lived in Germany from 1928 to 1930. His novel Kürk Mantolu Madonna (Madonna in a Fur Coat) is a story of unrequited love set in 1920s Berlin, which shows a young man the way out of his loneliness. Volker Kaminski read the new German translation

The Turkish writer Sabahattin Ali lived in Germany from 1928 to 1930. His novel Kürk Mantolu Madonna (Madonna in a Fur Coat) is a story of unrequited love set in 1920s Berlin, which shows a young man the way out of his loneliness. Volker Kaminski read the new German translation 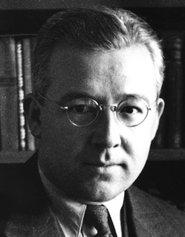 ​​ This book possesses a genuine magic. Seldom has a modern novel given us a more beautiful and forceful portrait of unrequited love than Sabahattin Ali's Kürk Mantolu Madonna, published in Turkey in 1943. Raif's meeting with Maria, the "Madonna in a fur coat" of the title, and the relationship that develops between them, has all the criteria of a classic love story, yet never appears old-fashioned or kitsch.

With great narrative sleight of hand, Ali takes the reader step by step back to 1920s Berlin, where Raif, a twenty-four-year-old Turkish man, meets the love of his life.

Banished to a desk drawer

As we trace the young Raif's time in Berlin, we already know about this remarkable man's later life and death. Raif Efendi works as a translator in an Ankara bank in the early 1940s.

One day a young man is made his assistant at the bank. He – the narrator of the background story – gets to know Raif and develops an interest in the clever and educated but extremely tight-lipped character. He visits him at home, as Raif is often sick.

At home too, Raif lives in crowded conditions without a chance of creativity. He is surrounded and tyrannised by a large family, which he cares for with great self-sacrifice. At some point the narrator gets behind Raif's secret, hidden inside a black school exercise book in his desk. It contains the notes he took ten years previously about his life in Berlin. Shortly before Raif dies, the book ends up in the hands of the narrator, who reads it during a single night.

Books and culture as a route to Germany 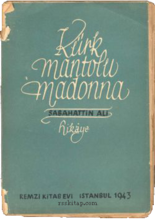 "Beautiful and forceful portrait of unrequited love": cover of a 1943 Turkish edition of "Kürk Mantolu Madonna"

​​ Raif's father sends him to Berlin in the early 1920s to learn the trade of soap manufacturing. Yet he is more interested in the German language and culture than his work in the factory. He learns German from an army officer and lives in a pension that houses a colourful mixture of international guests.

Post-World War I Berlin is a place of inflation and shortages, but as a national of a country allied to Germany during the war, Raif is welcomed with respect.

Yet he is overly shy. His obsessive reserve, from which he has suffered since childhood, makes it even more difficult for him to make contact and open up to other people far from home. It is only via the detour of culture, through literature and art, that he comes closer to Berlin and its inhabitants.

On one of his long walks through the city, he comes across Maria Puder's self-portrait "Madonna in a fur coat" in a gallery. Raif is virtually struck down, instantly bewitched by the portrait of a melancholy young woman. He feels he knows the subject, and he could not be happier when he one day meets the artist herself and she seems open to his cautious advances.

It would be going too far to describe all the tos and fros that make up the relationship between Raif and Maria. Maria sings and plays violin in a nightclub, meeting Raif by day, but she soon realises she doesn't love him. The young man seems too shy, too under-confident for her in his complete devotion. They split up several times, yet the couple come together again and again.

Post-World War I Berlin is a place of inflation and shortages, but as a national of a country allied to Germany during the war, Sabahattin Ali's protagonist is welcomed with respect

​​ Maria, two years older than Raif, is a thoughtful, clever character, not appearing heartless or cold. Yet despite her feelings for Raif, she cannot help the fact that she doesn't love him. The events accompanying this slowly unfolding love story are narrated with skill; the protagonists' inner lives, especially Raif's feelings, are described with empathy and accuracy, the reader's interest never waning.

Set before the backdrop of 1920s Berlin with its nightclubs, restaurants, the Romanisches Café and other legendary sites, the story spans six months, almost culminating in a happy ending but then breaking off abruptly.

Yet the story is by no means over when Raif leaves Germany. It is back in Turkey that his actual tragedy begins. After his father's death he works on the family olive grove. His family tricks him out of his inheritance, yet he hopes desperately to bring Maria over as soon as possible.

​​Since his relationship with Maria, Raif knows what feelings he is capable of. The loneliness and abandonment that have always tortured him were broken down in those few months with Maria. Yet all attempts to bring Maria to Turkey and lead a new life with her are in vain.

The reader has one consolation: the narrator. For him, meeting Raif is a crucial turning point in his young life. Reading the notes, he realises that he has been thinking too little of his fellow men, underestimating them. "I have never before perceived the presence of another person so consciously and vividly within me. From now on he will be forever by my side."

The Swiss publishing house Dörlemann has taken on the thankful task of republishing this relatively unknown Turkish author in German. Ute Birgi's unobtrusive yet all the more intense translation brings to bear Ali's clear, calm and psychologically precise language. A wonderful book that gives a thrilling description of the plight of a modern man living in an anonymous world with neither home nor roots, who tries to open up to life by the side of another.

Yusuf Atilgan: "The Loiterer"
A Turkish Oedipus
Yusuf Atilgan's novel Aylak Adam (The Loiterer) was first published some 50 years ago. The Swiss publisher Unionsverlag has now brought out a German translation in its "Turkish Library" series. The book is a classic piece of 20th-century modern literature. A review by Volker Kaminski

The German-Turkish Author Ismet Elci
A Subway across the Kurdish Steppes
Fleeing eastern Turkey, living as a foreigner and asylum seeker in a strange land … for award-winning author Ismet Elci, this is more than just the stuff of which novels are made; it is also his own personal experience. Volker Kaminski spoke to the author in Berlin

Izzet Celasin: "Black Sky, Black Sea"
The Beautiful Circe with a Kalashnikov
Izzet Celasin was imprisoned for many years as a left-wing activist after the 1980 Turkish military putsch. He has now written a novel about the leftist revolt in his country. At the centre of the novel are women who provide his male characters with a sense of direction. A review by Volker Kaminski

Comments for this article: A Turkish Love Story in Berlin

waiting for movie with Engin Akyurek

just heard the novel is being made into a movie with Engin Akyurek and Beren Saat in respective roles. it will be beautiful! cant wait to see it win at the oscars! :)

END_OF_DOCUMENT_TOKEN_TO_BE_REPLACED
Social media
and networks
Subscribe to our
newsletter