Salman Rushdie and "The Enchantress of Florence"
A Master without a Masterpiece?

The critics have reacted positively but not enthusiastically to his most recent novel. Nevertheless, with or without "The Enchantress of Florence", Bombay-born writer Salman Rushdie is the perfect embodiment of the erudite, witty intellectual, writes Lewis Gropp 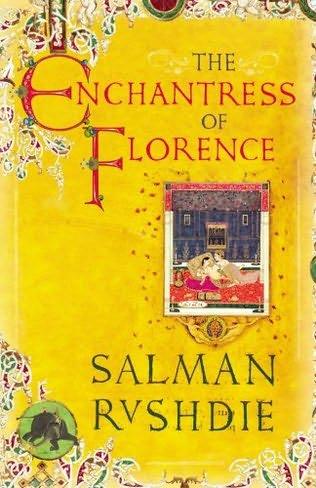 Cover of "The Enchantress of Florence" (Random House)

Salman Rushdie's literary talent surely makes him one the greatest of living authors. His intellectual abilities, his poetic enthusiasm for the richness and plurality of the world and his humanistic and critical acuity all make him eminently suited to the exalted realms of 'world literature'.

His own dramatic biography also uniquely qualifies him to exploit the fraught relationship between East and West, to create a source of literary inspiration from the 'clash of civilisations' that currently so preoccupies the world. Rushdie's concept of migration as a universal symbol for a globalised world is a useful metaphor, and one that has by no means been exhausted.

The Italian Renaissance and Islamic India

Since publication of his "The Moor's Last Sigh" in 1995, however, Rushdie has tended to dazzle more in his essays and interviews than he has as a novelist. Critics, indeed, seemed to rather gleefully relish the mauling they dished out to his novel "Fury" in 2001. One might almost say that the man from Bombay has become a master without a masterpiece.

Yet the idea that underlies the "Enchantress of Florence" is one that is both unusual and interesting. The novel brings together the Italian cradle of the Renaissance with the enlightened Mughal Empire of Akbar the Great, and by so doing questions notions of the exclusivity of Western culture and its values. Akbar, who ruled India as Great Mughal from 1556-1605, was a kind of Indian Frederick the Great – a soldier king who was also a philosopher and intellectual; merciless in conquest, he would, however, go on to rule his new territories wisely and justly. 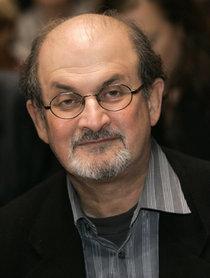 Salman Rushdie: "The Europe of the Renaissance and the India of the Islamic Mughal period were times of artistic and cultural change – and of human brilliance"

​​Rushdie, then, juxtaposes Islamic India with the Florence of the Enlightenment by sending a traveller, a certain Vespucci, to the East, to the court of Akbar where the fair-skinned European announces himself as Akbar's uncle. Reminiscent of the 1001 Nights, Rushdie has Vespucci tell stories to the great oriental ruler – a veritable cornucopia of late-medieval cultural history is thus poured forth in the telling.

Once again there is a woman – and her stunning beauty – at the heart of things and who is responsible for bringing the two worlds together. In her article in the New York Review of Books, Joyce Carol Oates bemoaned Rushdie's tendency to "fetishize femaleness". Be that as it may, Rushdie is a supreme storyteller, whose sheer ability to spin a yarn has very few equals in the world of literature. But as Aristotle put it, too much of a good thing can be bad.

From Gutenberg to Google

Nevertheless, the novel is so exquisitely erudite that it is a delight to be able to listen to the master deciphering his work. And a particularly interesting excursus on "The Enchantress of Florence" can be found in the Authors@Google series (Link to video below). Rushdie begins by talking about the relationship between intellectual exchange and contemporary media and goes on to extol the benefits of the Internet.

"Many of the relevant sources were available on the Internet; the website Persian Literature in Translation alone saved me six months of work!" 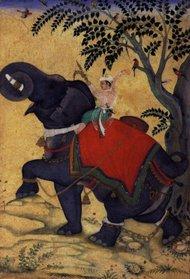 A kind of an Indian Frederick the Great: the Mughal emperor Akbar, taming an elephant (miniature of the Mughal school, 1609-10)

​​In an informal, light, yet informative way he then goes on to discuss some of the big questions about literature and identity; how the present is reflected in the past, and how, if we want to know something about tyranny, the 15th and 16th centuries have a lot to teach us, just as they do on genius and innovation. The Europe of the Renaissance and the India of the Islamic Mughal period were times of colossal innovation, says Rushdie, as well as of artistic and cultural change – and of human brilliance.

"I tell the story," says the author in allusion to the discovery of the New World in the 15th century, "because we now live in a time of extraordinary transformation and change and I encourage you to imagine what it must have felt like to live in a time when literally everything you thought you knew about the world you lived in turned out not to be true, that the world was actually another world."

Asked about the controversy that surrounded his novel "The Satanic Verses" Rushdie responds by saying that travel can raise fundamental questions about one's view of one's self and of the world. Asking these questions was what the "Satanic Verses" was primarily about – not religion. "If a migrant leaves his native country and settles in a new environment he is necessarily going to be confronted with a radical act of self-questioning: what do you keep, what do you discard? What do you imbibe from the community to which you have come, what do you reject?"

These are issues that are linked with difficult decisions that may occupy one for a lifetime, or even go on over several generations, Rushdie explains, and it is this that "The Satanic Verses" is actually about. Of course, ultimately, this radical act of questioning also involves the belief, Rushdie says. But goes on to explain that he was not talking about one particular religion, but about the phenomenon of belief and what happens when this is questioned. "But there were clearly some people who didn't want it questioned."

END_OF_DOCUMENT_TOKEN_TO_BE_REPLACED
Social media
and networks
Subscribe to our
newsletter